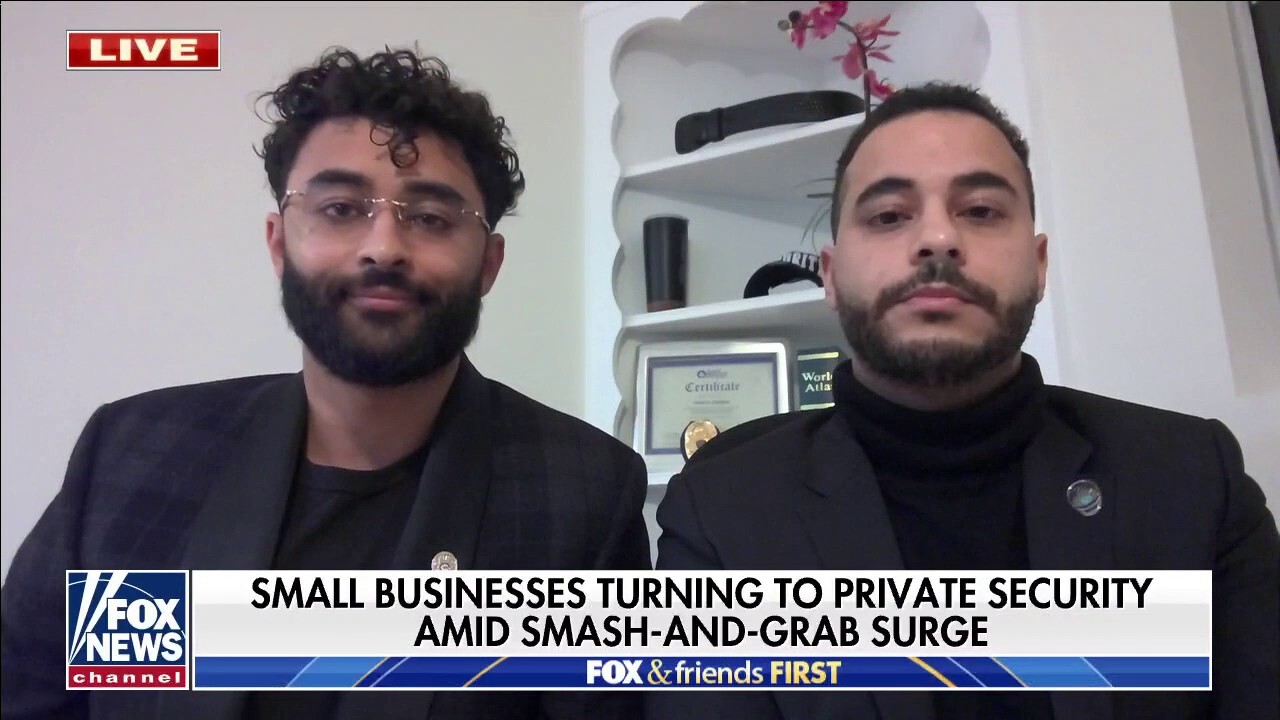 One celebrity fashion designer told FOX Business she has closed her store in Los Angeles, citing the recent spike in "grab and go" crimes that are taking place.

Elle B. Mambetov is the owner of the boutique Elle B. Zhou, which had a location at the Beverly Center in Los Angeles. The shopping mall has been the target of several "flash mob thefts," where individuals enter a store and run out with merchandise without paying.

Mambetov said there were a lot of "grab and go" incidents on the luxury side of the shopping mall, where her store was located.

"It became a difficult and kind of dangerous situation for me to keep my store there," Mambetov said.

Mambetov crafted her business with a vision: She wanted to create a store where she could find clothes that she liked, whether it was her brand, and was "inclusive for everyone."

Mambetov said one of the reasons she left was because of the poor security situation at the mall. She claims security footage shows people walking the hallways and checking which stores have their back doors open.

Once they find an open back door, they steal merchandise from storage and other areas of the store.

However, the designer said relaxed prosecution of these "grab and run" crimes are also to blame for the increase. Mambetov says that oftentimes suspects of these crimes are released from jail within one day.

"There is usually punishment, but right now in L.A., if you go and you do a ‘grab and run,’ they actually just release you on bail and you're free to go the next day and do it again," Mambetov said.

The Elle B. Zhou store at the Beverly Center in Los Angeles. (Elle B. Mambetov)

"And how does that really stop someone?" she added.

Robberies in Los Angeles have risen nearly 4% since 2020 as of Nov. 27, according to the Los Angeles Police Department.

Mambetov said that while the Beverly Center has security, the guards do not prevent the "grab and go" incidents.

"I've seen from Dolce & Gabbana, the security guard, he's texting on his phone while the girl, she just walks right past him, steals the bag, and walks right out," Mambetov said.

The Beverly Center did not respond to FOX Business' request for comment..

The celebrity designer recalled that during the protests following George Floyd's death in 2020, many store managers she worked with placed signs reading "Black owned" to protect their stores.

"I remember when it was the riots, the Black Lives Matter riots, and people were putting signs in their windows as they were like Black owned, like even if they weren't Black owned," Mambetov said. "I mean, just grab whatever they want and run, and you don't want to die over it. I would never ask any of my employees to step in front of a knife and guard a bag, you know?"

Inside of the Elle B. Zhou's Beverly Center location (Elle B. Mambetov)

"You know, the climate is just so unstable right now. I think it does make people really nervous, especially up-and-coming businesses," Mambetov said. "It's just such a scary time. It's not that we, as retailers, don't think we're not going to get the money back, or that there's no insurance that we can't press charges, or there isn't a civil case to be done."

Rather, Mambetov says that the uncertainty and fear stem from "grab and go" suspects bringing in guns and other weapons.