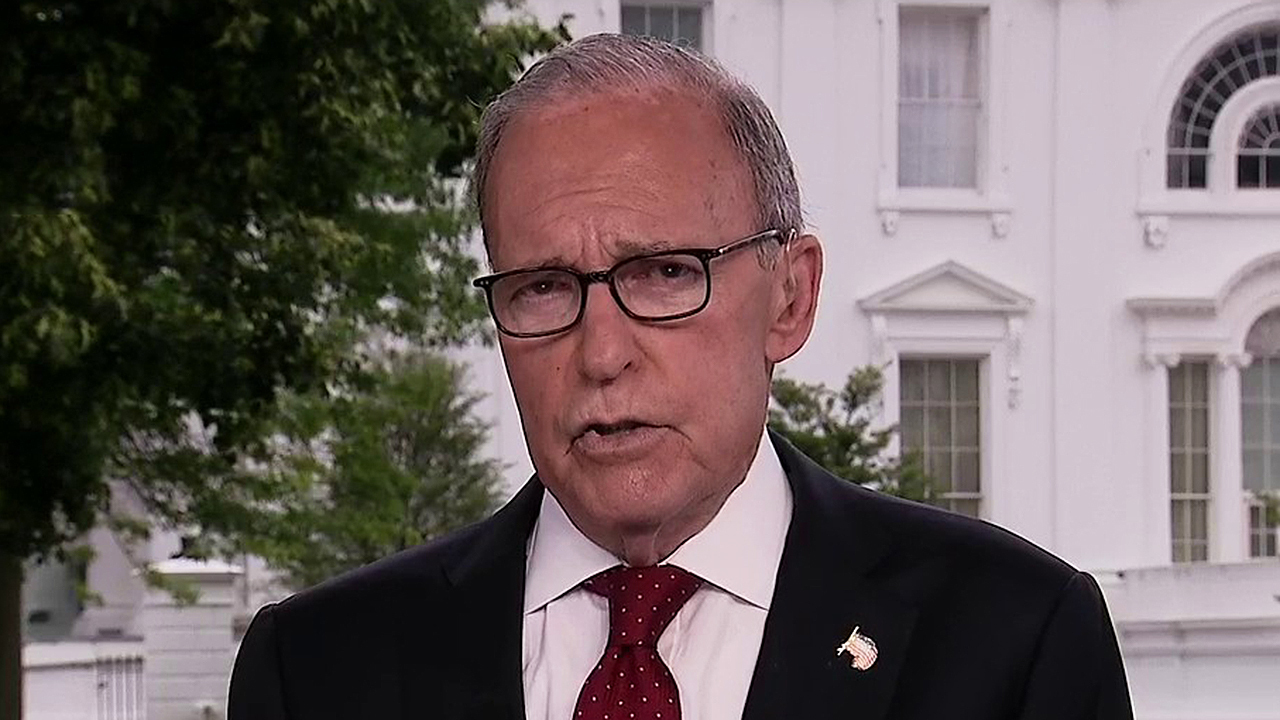 A showdown is looming between Democrats and Republicans over the next coronavirus relief package.

"We've got to reward individuals for coming back to work," Kudlow said during a "Fox & Friends" interview. "There will be some kind of re-employment bonus. We're not going to go to the $600, that's a disincentive to work."

One such proposal from Sen. Rob Portman, R-Ohio, would provide $450 weekly to laid-off Americans returning to work, in addition to their wages. The money would last through July 31, the same date on which the extra $600-a-week unemployment benefit expires.

Another proposal from Rep. Kevin Brady, the top Republican on the House Ways and Means Committee, would allow workers to receive up to $1,200 if they find a job, according to The Washington Post, citing three people familiar with White House discussions.

House Democrats, meanwhile, passed a $3 trillion economic-relief package in May that would expand the boosted unemployment benefits through the end of January. But Republicans have declared the bill dead on arrival, and Senate Majority Leader Mitch McConnell has said additional jobless benefits will not be included in the next package.

Republicans have voiced concern that the sweetened benefits are actually discouraging some workers from returning to their jobs. Roughly two-thirds of workers on unemployment are earning more from the government aid than they did at their old job, according to a paper written by economists at the University of Chicago's Becker Friedman Institute.

Once the $600-per-week expires at the end of July, the typical unemployment check -- which varies by state -- will return to below $400 per week.

The Federal Reserve's region-by-region roundup of anecdotal information known as the Beige Book, released on Wednesday, found that business owners struggled to bring workers back as a result of the boosted benefits. A separate Fed study found that about 40 percent of Americans earning less than $40,000 per year lost their job in March.

The U.S. unemployment rate surged to 14.7 percent in April, the highest level since the Great Depression, and economists are warning of an even grimmer situation in May. More than 40 million workers have lost their jobs since the lockdown began in mid-March.

So far, Congress has passed four rounds of aid totaling nearly $3 trillion, including the $2.2 trillion CARES Act signed into law at the end of March.