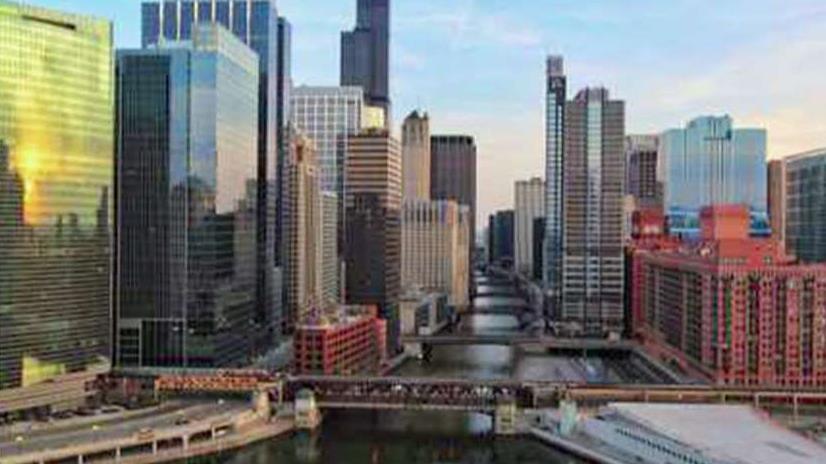 Voters in Illinois will have the chance to decide whether to change the state’s tax structure, as it grapples with a number of fiscal challenges.

State lawmakers on Monday voted to let residents decide whether to eliminate the state’s current flat income tax in favor of a graduated tax bracket – where wealthy residents would likely shoulder a larger share of the tax burden.

The state’s current tax rate is 4.95 percent. What residents will technically be voting on is whether lawmakers should be allowed to amend the state constitution, which calls for a flat tax rate, to allow for a progressive income tax bracket system.

The measure will be on the November 2020 ballot – 60 percent of voters will be required for its approval. It does not specify what the individual income tax rates would be if voters come out in favor of amending the state constitution – lawmakers would be required to create those separately.

Illinois’ Democratic Gov. J.B. Pritzer has said that a majority of voters will see no increase in taxes. He campaigned on amending the state’s tax structure.

Pritzker has put forth a proposal that calls for a six-rate tax system, ranging from 4.75 percent to 7.95 percent. The latter rate would apply to those with incomes of more than $1 million.  He also wants to increase the corporate tax rate to 7.95 percent, from 7 percent.

In total, it is estimated the plan would increase state revenues by about $3.3 billion.

The state is facing a $3.2 billion structural budget deficit, a lawmaker told the Chicago Tribune. It also faces unfunded pension liabilities worth more than $133 billion. In a 2018 research note, JPMorgan’s Michael Cembalest said Illinois was one of two states where “deteriorations in pension finances … are practically irreversible.”

In order to address its pension gap, Cembalest said the state would have to either increase tax revenues by 25 percent, increase public sector worker contributions by 689 percent or achieve an annual investment return equal to 11.5 percent.

Connecticut is one of the only other states in the past couple of decades that switched from a flat-tax to a graduated tax system. The state moved from a 4.5 percent flat rate into a seven income bracket system. The state is currently facing a multi-billion budget deficit – and a group of millionaires in the state have asked for the governor to raise their taxes to battle shortfalls.