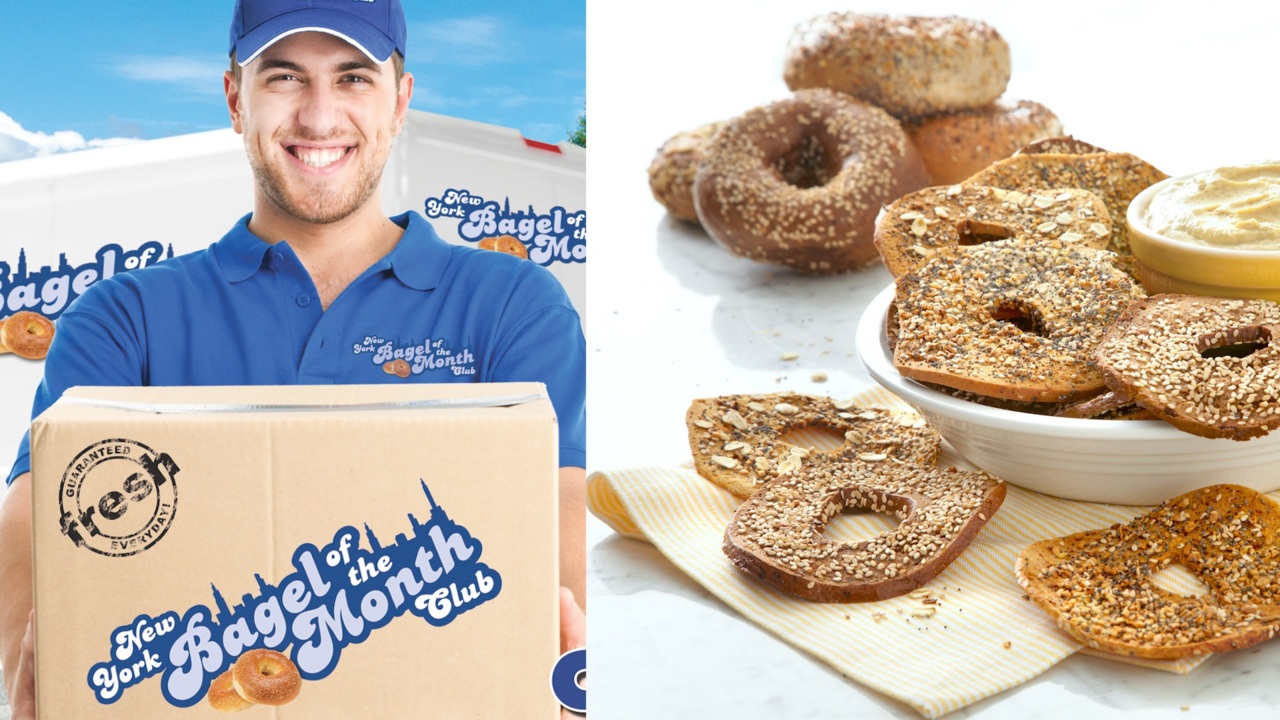 Bagel Boss relaunched their Bagel of the Month Club to retain its employees at the chain's 12 locations across Long Island, Queens and Manhattan during the coronavirus pandemic. Not only did the pivot save the company from furloughing its roughly 250 employees and closing down its locations, but now bagel enthusiasts across the world are able to get one of New York’s most beloved foods sent straight to their front door.

Andrew Hazen is a sixth-generation bagel and bialy baker who originally launched Bagel of the Month Club seven years ago. While the idea was initially put on the backburner, the coronavirus pandemic prompted the iconic New York eatery to revisit the concept.

“We really didn’t want to start letting people go during COVID-19, we saw what it was doing to New Yorkers and the economy,” said Hazen. “So, we rebooted Bagel of the Month and really swung for the fences to become a national brand, and we literally went from 500 to 2,500 visitors a day [in-store] to nearly 30,000 visitors a day [online], and we're shipping fresh New York bagels made by fifth- and sixth-generation bagel and bialy makers to all 50 states.”

Bagel Boss general manager and Bagel of the Month Club CFO Alex Rosner told Fox Business that he was able to transition employees across locations to manage the influx of online orders.

“It's pretty cool to see that we're able to transition and keep on workers that have been with us for a long time,” said Rosner. “Obviously, too, their families have taken a hit, there’s so many people being laid off, so we found a new way to keep our employees on board.”

Thanks to Bagel of the Month Club, Rosner has seen sales increase by 2,000% (based off of sales Bagel Boss was doing pre-COVID). For both Hazen and Rosner, however, success is more than just profit and is wrapped in maintaining the legacy of Bagel Boss. Rosner’s grandfather, father and uncles started Bagel Boss in the 1970s.

“The bagel business is in my blood,” said Rosner. “I'm happy with the way that it's been going, I've been able to really work closely with my father and my uncles and try and take the business that they put their blood, sweat and tears into and try and take it to the next level.”

Since the start of COVID-19, Bagel of the Month Club has shipped close to 5,000 orders to all 50 states and even to Canada, the United Kingdom, Germany and India.

For more on how Bagel Boss pivoted during coronavirus, watch the full video above.