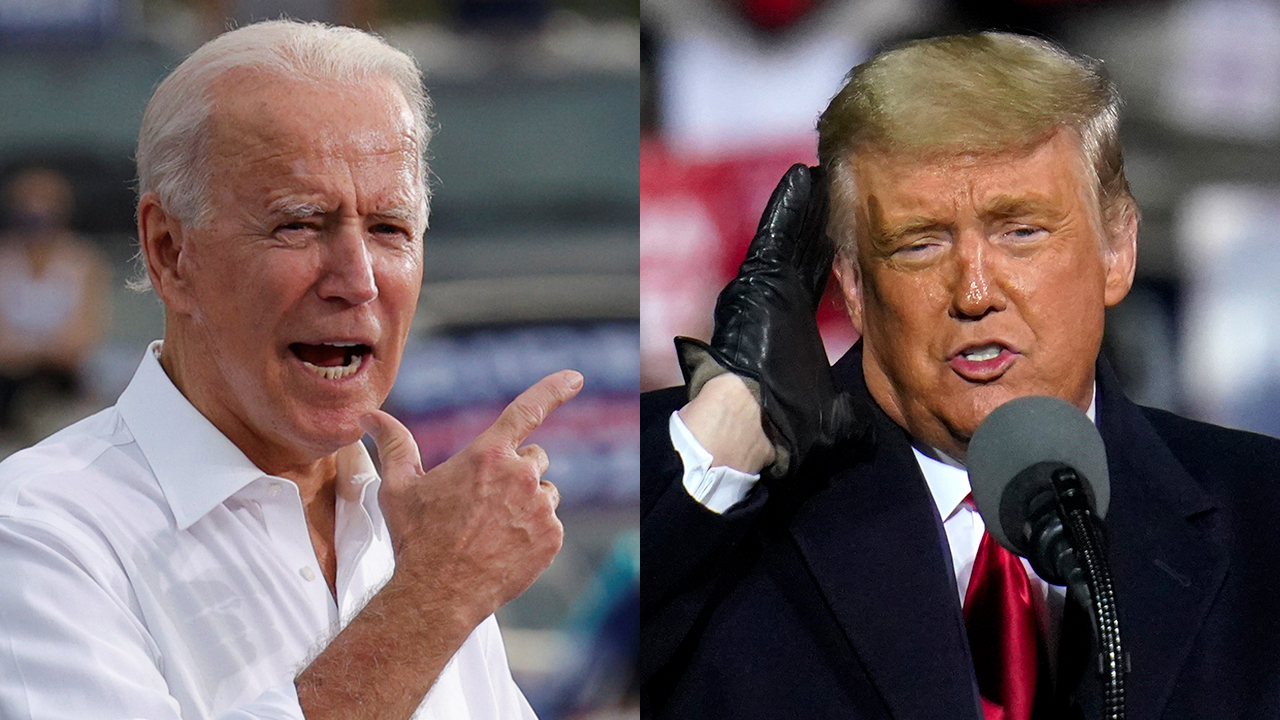 The 2020 U.S. presidential election is the most crucial for the country in a generation, according to President Donald Trump, his Democratic challenger Joe Biden and their legions of supporters.

For stock market investors, one of the most critical choices made by the victor will be the shape and size of additional fiscal stimulus to help the struggling U.S. economy.

"A Trump win would likely maintain the status quo in terms of relatively lower taxes and deregulation as means to supporting the recovery," Craig Fehr, investment strategist at Edward Jones, told FOX Business via email. "A Biden win could mean higher taxes for corporations and higher-income earners, but some of this could be offset by a relatively larger infrastructure bill, fiscal package and government expenditures post-election.

"We believe an economic expansion will be enduring under either president, with monetary and fiscal policy likely remaining stimulative either way," Fehr added. "As the election dust settles, and we believe it will, a growing economy, rising corporate profits and favorable interest rate conditions will transpire under either administration, and these fundamental conditions will, in our view, be the more powerful guide for financial markets in the coming years."

STOCK MARKET PREDICTOR OF NEXT US PRESIDENT TOO CLOSE TO CALL

According to data provided by YCharts, the Dow Jones Industrial Average has gained roughly 10% in the first year of a president's term and 7.9% in the second year. The third year is the strongest, at 13.3%, followed by a 5.4% gain in election years.

Under the first four years of President Obama's administration, from 2009 to 2012, the market rose 58%. It has risen nearly 60% since the last election, according to data compiled by Edward Jones' Fehr.

Despite the differences between the two major parties, "markets have done well under a myriad of different political conditions," he explained.

In recent weeks, betting markets have increased the odds of a Biden presidency, according to Lori Calvasina, head of U.S. equity strategy at RBC. Certain areas of the market may perform differently under that outcome, she added.

"The worsening virus trends that helped boost Biden’s election odds powered the continued outperformance of mega-cap tech and internet names throughout 2020, which produced a striking synergy between Biden’s rising odds in the betting markets and continued growth leadership," she wrote in an Oct. 29 note to investors. Growth stocks might not continue that streak if Biden wins, she said, since "greater optimism around stimulus should encourage investors to add cyclical exposure."

On Friday, the U.S. surpassed 9 million COVID-19 infections, a number that is expected to move sharply higher as colder weather sets in across the country. More than 231,000 people in the U.S. have died as a result of the virus, according to data from Johns Hopkins University.

Calvasina also highlighted the risk to corporate tax policy from a Biden victory, as 62% of CFOs surveyed by Pricewaterhouse Coopers said tax policy is a top concern for their companies.

Market sectors from utilities to consumer discretionary companies and manufacturers may also do better under a Biden presidency than a Trump presidency, Calvasina added.

Regardless of the election outcome, the market's performance will probably be influenced most heavily by the winner's ability to help the U.S. out of its coronavirus-linked downturn.

"The uncertainty around the dramatic rise in coronavirus cases globally combined with investor fears of a bumpy U.S. presidential election will be playing into the behavior of retail investors and the market," Dan Raju, CEO of Tradier, a financial services technology firm, told FOX Business.