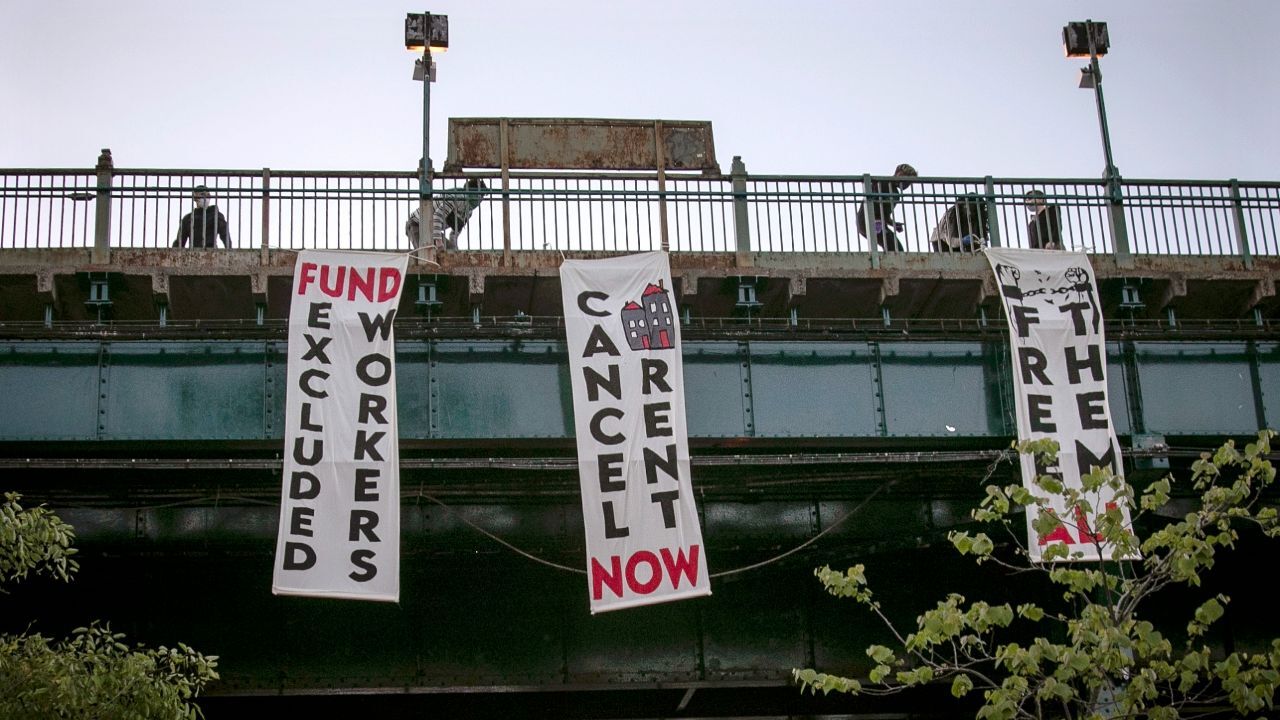 Fox Business speaks with economist Peter Morici about the potential collapse of the United States economy due to the looming debt New Yorkers are facing.

The United States economy may collapse because of a New York law that protects renters facing financial hardship from losing their homes during the coronavirus pandemic, according to one economist.

Peter Morici, an economist and business professor at the University of Maryland, says the issue is debt that the government encouraged people to take on by giving them 'a holiday' on their rent.

“This is the thing that could bring the economy down," Morici told FOX Business.

Signed into law by Gov. Andrew Cuomo in May, the Tenant Safe Harbor Act prohibits courts from evicting residential tenants who experienced financial hardship during the coronavirus.

Nearly two-thirds of New York City residents are renters, and according to the Community Housing Improvement Program, 25 percent of them haven’t paid rent since March. Without that rental income, many landlords simply can’t pay their mortgages and tax bills, Morici said.

EVICTION BANS BEING EXPLORED IN SOME STATES AMID HOUSING CRISIS CONCERNS

“Whenever you talk about suspending rent or suspending mortgages, there's always someone on the other side of that IOU -- someone that's not getting paid,” Morici explained.

More than 700,000 of the city’s workers lost their jobs as a result of the pandemic, according to New York University’s Furman Center. But as the state reopens, four months of debt is looming over their heads and Morici says it won't be limited to rent.

“It's really much bigger," he added. "It's also credit card debt, auto loans, mortgages, and so forth,” he added.

If the crisis is handled correctly, however, “there's no reason why the economy cannot be in three years where it was last year," Morici said. He believes the solution is for the government to bail out American debtors.