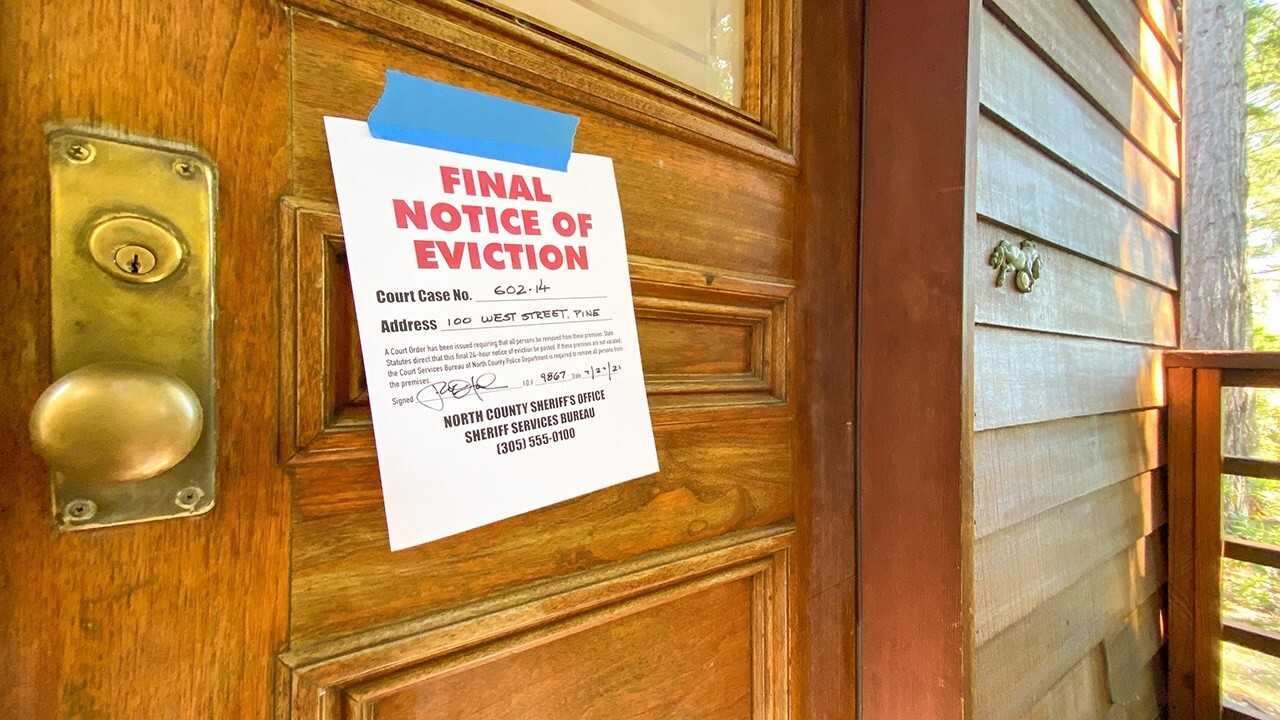 According to data from Eviction Lab at Princeton University, evictions have been rising in more than 30 major cities and six states where it collects data.

The Centers for Disease Control and Prevention (CDC) had previously mandated an eviction freeze in September 2020 to help stop the spread of COVID-19. Still, the Supreme Court ruled that the agency couldn't continue extending the ban without Congress' approval.

Freddie Davis, whose landlord raised his rent by 60 percent in the same month he lost his job as a truck driver, waits for a friend to arrive to help him move his remaining belongings to a storage unit, after receiving a final eviction notice at his (AP Photo/Rebecca Blackwell)

After the initial COVID-19 eviction protections expired in July 2021, the Secretary of the Department of Health and Human Services (HHS) issued another eviction moratorium under the direction of President Biden. But the Supreme Court again ruled that the HHS secretary doesn't have the authority to implement a ban on residential evictions.

HOME PRICES RISE, AND SINGLE PEOPLE ARE RUNNING OUT OF HOUSES TO BUY

Overall numbers, however, still remain below pre-pandemic levels because of an infusion of federal rental assistance and other pandemic-related assistance like expanded child tax credit payments. But those too are set to end.

Advocates say part of the reason for the steady uptick in evictions is that courts are catching up on the backlog of eviction cases. According to Eviction Lab, the absolute number of eviction filings and the ratio of filings to historical averages have increased since the Supreme Court’s ruling in late August.

Among the concerns is that some landlords who got federal assistance are still evicting tenants. A survey of nearly 120 attorneys nationwide from the National Housing Law Project found 86% had seen cases like this. They also saw increasing instances of landlords lying in court to evict tenants and illegally locking out tenants.

As Christmas approaches, there are plenty of signs that eviction cases will keep rising.

According to the U.S. Census Bureau's Household Pulse Survey, those saying they weren't confident of paying next month's rent increased from about 5 million at the end of September to 6.3 million in the latest data.

Landlords, especially smaller ones who own a handful of apartments, have also struggled. They believed the moratorium was illegal and saddled them with months of back rent they may never get back. Others were forced to lay off maintenance staff or sell units as they awaited federal rental assistance that was slow to be distributed.

Fox Business' Erika Giovanetti and The Associated Press contributed to this report.