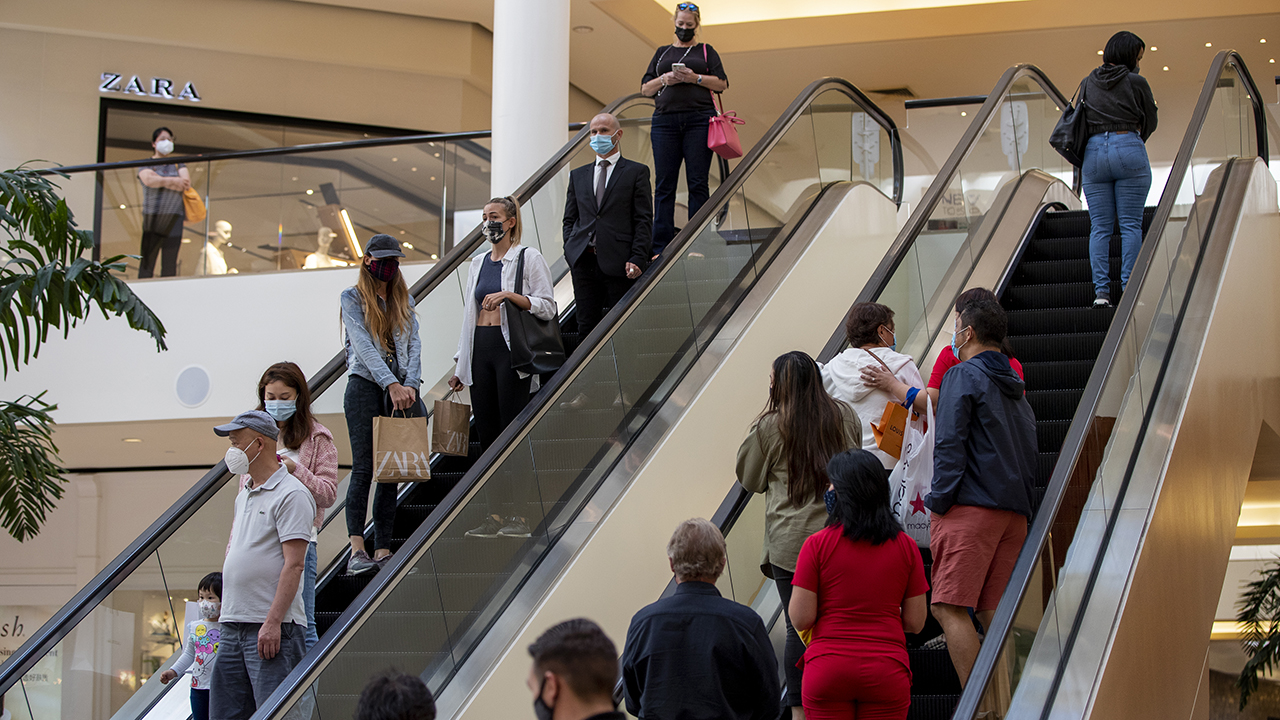 Ed Yardini: Expect economy to do well despite Washington

Vaccinated Americans are increasingly going out this spring—but not as much as their unvaccinated counterparts.

Vaccinated consumers were less likely to go out to restaurants, salons and entertainment venues than those who don’t plan to get the vaccine, April spending and survey data from market-research firm Cardify.ai show.

People who aren’t vaccinated, on the other hand, tend to be more risk tolerant and are already living a relatively normal life, Mr. Fung added. "As places open up, they’re the ones leading the charge."

Spending at entertainment venues was up 20% among consumers who don’t plan to get the vaccine in April compared with January 2020. It was up just 10% among vaccinated people during that same period, according to Cardify.

Across the country, foot traffic—a proxy for spending—at many providers of in-person services such as airports, hotels and theaters is still below pre-pandemic levels. But it is up from the winter, and has climbed more rapidly in states with Covid-19 vaccination rates below 45% as of May 3 than in states with higher rates, according to an analysis by data company Earnest Research.

Cardify surveyed about 1,600 consumers who use mobile rewards platform Drop to determine whether they were vaccinated with at least one dose or not and then analyzed anonymized credit-and-debit card transactions by vaccination status.

The spending and foot-traffic data suggest higher vaccination rates haven’t been the primary driver behind the early stages of the economic recovery, which began in earnest this spring. This dynamic will likely change in the coming months as more people are vaccinated, Covid-19 cases drop and public-health guidance evolves, analysts say.

Debra Brathwaite, age 69, of Dayton, Ohio, used to regularly dine out. When the virus hit last spring, she hunkered down at home for months to be cautious.

Dr. Brathwaite said she is now fully vaccinated and more comfortable going out. She recently ate inside a restaurant for the first time in about a year, enjoying fried red snapper with macaroni and cheese and collard greens alongside a group of vaccinated friends.

Still, she is holding off on going to any musical productions any time soon—the last one she attended was in New York, the month before the pandemic shut down large parts of the U.S. economy.

"I’m still nervous around too many people, especially people who want to flaunt the rules," she said. "I don’t want to get into any altercations. And so I think I’ll wait until people come to their senses."

Dr. Brathwaite isn’t sure she will return to pre-pandemic norms by the end of this year, especially if flights are packed and she has to spend a lot of time in airports. She said she is hopeful about next year, though. She put down a deposit on a Panama City, Fla., beach house for a jazz festival next spring.

The average number of newly reported U.S. Covid-19 cases has been falling for nearly a month as more of the population became fully vaccinated.

SHOPPERS RETURN TO MALLS, WITH AN URGE TO SPEND

For instance, blue states had tighter business restrictions throughout the pandemic. Further, some blue states in the Northeast were hit hard early with Covid-19, which could have pushed residents in those areas to adopt online shopping habits, said Zach Amsel, data analytics director at Earnest. Online spending continues to account for a higher share of overall spending in more-vaccinated blue states than in red states, Earnest figures indicate.

Vaccinated people are shelling out more for in-person services than they did earlier in the pandemic, and in some categories, such as restaurants, moving closer to the spending patterns of unvaccinated consumers, according to Cardify.

Since the Centers for Disease Control and Prevention issued new guidelines earlier this month, many businesses such as Walmart Inc., Costco Wholesale Corp. and Trader Joe’s have announced they are easing face-mask guidance for vaccinated individuals.

Stronger spending will help power a broader economic surge this year. Economists expect economic growth to pick up further in the second quarter and remain steady in the second half of the year. Many expect output to grow between 6% and 7% in 2021.