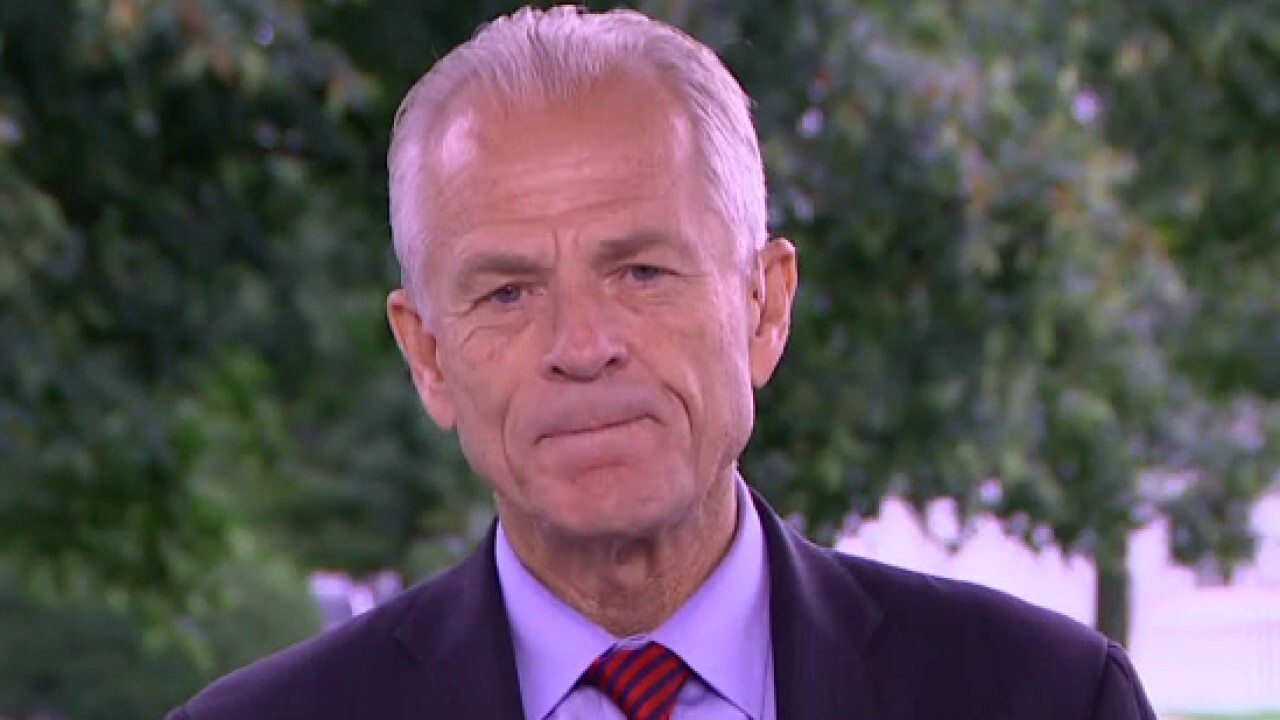 Reaching an agreement on the next coronavirus stimulus package “should be easy” and “could be done within a day,” White House trade adviser Peter Navarro told “Fox & Friends Weekend” on Sunday.

Negotiators are trying to bridge the divide between a $1 trillion aid package put forward by Senate Republicans at the end of July, and the $3 trillion legislation passed by House Democrats in May. The Trump administration rejected an offer by Pelosi earlier this month to meet in the middle on a $2 trillion price tag.

On Sunday, Navarro outlined how he thinks an agreement can be reached amid stalled negotiations between Republicans and Democrats, calling the “way to a deal … very, very simple.”

“Start with a number, whatever it is, the Democrats want 3 trillion, [Senate Majority Leader Sen. Mitch] McConnell and the Senate wants a trillion, somewhere there’s a number that we can work with,” Navarro said.

“Once you get that number, you decide what you both can agree on and after that, you basically trade off across the table because this is a divided government right now.”

Navarro stressed that "you can't have either side cross the others' red lines."

Navarro said that one of the red lines for Republicans is “bailing out" fiscally irresponsible "massive blue states."

“A lot of those are sanctuary cities and states, which basically got into the hole they’re in by giving a bunch of money away to illegal aliens, so that’s clearly a red line there,” Navarro continued.

“Clearly, this president does not want to support ballot harvesting -- Nancy and [Senate Minority Leader] Chuck [Schumer] want a big, big amount for that.”

He also noted that Democrats “can’t make the Republicans pay for things like Planned Parenthood.”

Navarro acknowledged that Democrats have their red lines as well.

“But this should be easy,” he said. “This could be done within a day using that formula. It’s a question of recognizing that there’s real pain in America right now.”

Navarro went on to say that President Trump “understands it” and that is why he signed four executive orders last weekend aimed at delivering relief to Americans struggling with the economic fallout of the pandemic.

Last weekend, Trump announced a $400-per-week supplemental unemployment payment to out-of-work Americans -- short of the $600 weekly benefit that expired at the end of July. He unveiled an extension of student loan relief and protections from evictions for renters and homeowners. He also issued a payroll tax holiday from Sept. 1 through Dec. 31 for Americans earning under $104,000 per year, while promising more relief if he wins a second term.