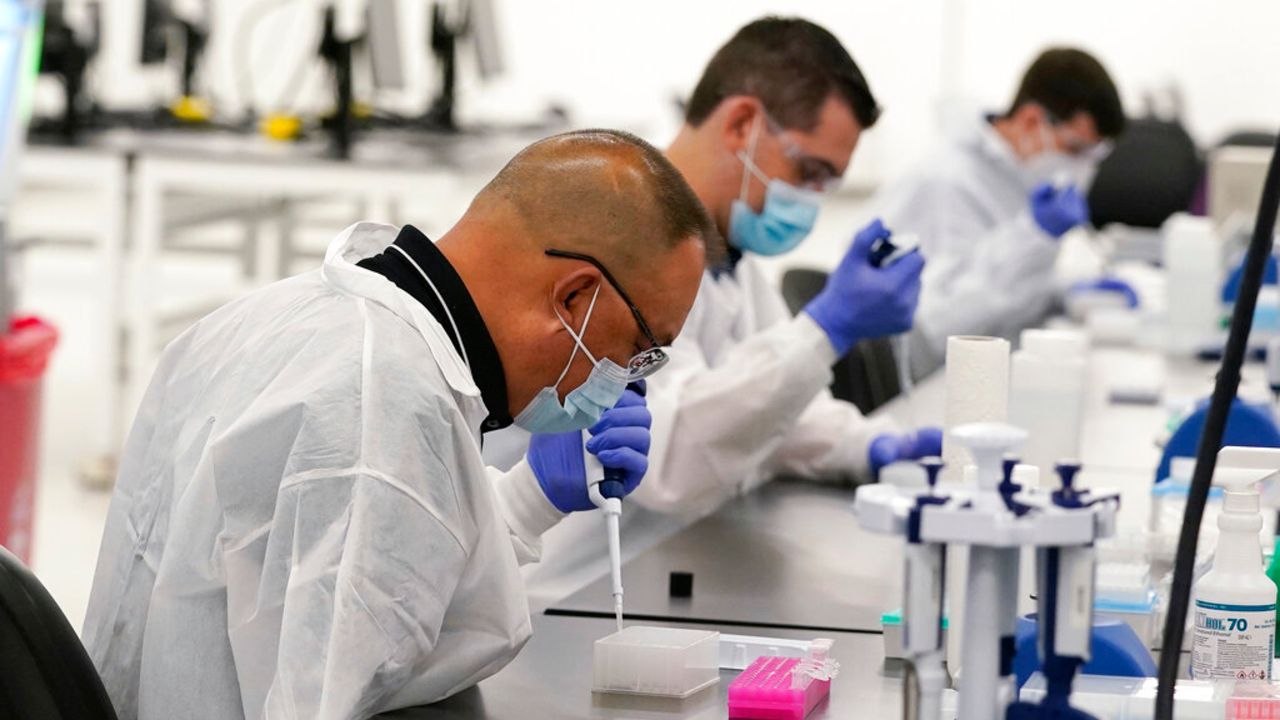 In the wake of the second wave of coronavirus cases rocketing throughout the continent, the European Union has cut its economic outlook for 2021 and beyond, a governing body said on Thursday.

In its autumn forecast, the European Commission said it sees a growth rate of 4.2% in 2021 for the 19 countries that use the euro, down from a previous forecast of 6.1%. It also noted that the economy for the 19-country bloc is not expected to return to pre-pandemic levels until 2022.

"The economic impact of the pandemic has differed widely across the EU and the same is true of recovery prospects," the commission said in a statement. "This reflects the spread of the virus, the stringency of public health measures taken to contain it, the sectoral composition of national economies and the strength of national policy responses."

COVID-19 cases in the bloc, which includes countries like France, Germany and Spain, have taken another leg up in recent weeks. France saw nearly 130,000 new cases on Nov. 4, almost 10% of its entire total, while Spain saw more than 55,000 cases on Tuesday, according to data from Johns Hopkins University.

The economic rebound during the summer in the wider 27-country EU was robust, after countries across the continent enforced lockdown, resulting in consumers behaving in a cautious manner.

Third-quarter GDP increased by 12.7% from the previous quarter, the largest increase since statistics started being kept in 1995. That robust reopening contributed to the commission raising its estimate for output for all of this year, now saying that the economy would shrink by only 7.8% this year instead of the earlier forecast for a drop of 8.7%.

In remarks made at a press conference, Commissioner Paolo Gentiloni said the pandemic has caused "the deepest recession in EU history," surpassing that of the Great Financial Crisis, while adding it was uneven throughout the EU.

"The gradual decline in the level of stringency over the course of 2021 should translate into consumption and investment gradually rebounding," Gentiloni said. "GDP is forecast to continue growing in 2022, but at a somewhat more subdued pace."

"In short, we never counted on a ‘V-shaped' recovery," he added. "Now we know for sure that we will not have one."

Much like the U.S., the EU has undertaken unprecedented stimulus measures to help the struggling economy, including a recovery package worth 750 billion euros.

There have also been measures to support individual businesses and workers at the country level, including tax breaks, loans and wage assistance programs.

The European Central Bank has also enacted a $1.6 billion bond purchase program, but it's likely more assistance will be needed. At their Oct. 28 meeting, ECB President Christine Lagarde said there was “little doubt” that additional support would be needed when the central bank meets again next month.