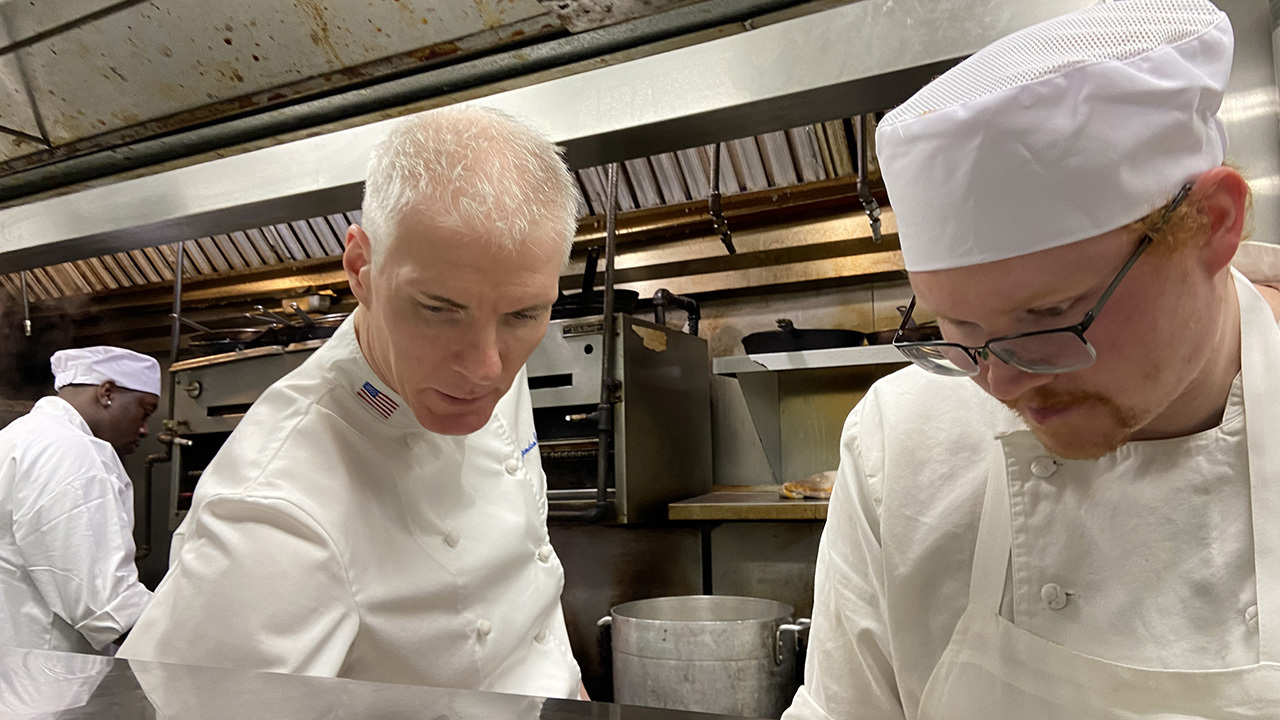 A Cleveland chef is urging employers to offer a second chance to those with criminal histories.

In EDWINS, a French fine-dining restaurant at the heart of Cleveland’s Shaker Square, each day begins with a crash course in hospitality for a group of trainees eager to learn.

"People come in here and they’re ready for a new start," chef Brandon Chrostowski said. "You see a lot of excitement and passion."

It’s the same passion Chrostowski has seen since founding EDWINS in 2013 as a training center for formerly incarcerated adults.

LABOR SHORTAGES IN US: MOST, LEAST IMPACTED AREAS IN THE COUNTRY

The restaurant’s six-month training program, which offers a stipend, housing and job training, may be unique, but Chrostowski doesn’t want it to stay that way. The chef told FOX Business he wants other employers to rethink how they hire by giving those with criminal records a second chance, especially as U.S. labor shortages persist.

"The story is there’s a problem with labor, yet there’s a room full of people here who are eager and want to do better, there’s no mystery as to why this works. If employers across the country were to start to choose how they prioritize their business, it would be the people first," Chrostowski said.

In 2021, a report from the Brookings Institution found that more than 640,000 people return to our communities from prison each year. More than half of the formerly incarcerated are unable to find stable work within one year and three-fourths of them are rearrested within three years of their release. At the same time, there are more than 10 million open jobs nationwide according to the U.S. Bureau of Labor Statistics.

It’s a disconnect Chrostowski hopes to remedy, though he said it’s not a quick fix. In the years since its founding, the EDWINS Leadership & Restaurant Institute has launched classes at 13 Ohio prisons - the curriculum is also available to prisoners in Arizona and other states.

After serving their time, many inmates who took EDWINS classes in prison come to Cleveland to start the six-month training program. Chrostowski said that "pipeline" has facilitated the reentry of more than 500 prisoners from across the U.S. and other countries. Amid the pandemic, Chrostowski said he’s even worked with employers across different industries like manufacturing and construction to adapt that model and create new opportunities.

Two months ago, Charlotte Thomas started her journey with EDWINS after hearing about the program on the radio.  (Stephen Goin / Fox News)

"You have to take this approach of saying there are people who are willing and able and you have to have a culture that’s going to meet someone where they’re at," Chrostowski said. "There’s a real pipeline that happens, from in-prison to out of prison, six months you can really flip the script."

Two months ago, Charlotte Thomas started her journey with EDWINS – she began the training program after hearing about the program on the radio.

"I called and I was in the program within the next two weeks and I just know that was nothing but God," Thomas said.

Thomas said she went through a readiness program that helped her find full-time employment after she was released from prison, but she felt she wasn’t pursuing her passion. At EDWINS, Thomas said she’s learning to do what she loves and for the first time she sees her future clearly.

"The first thing they tell you on your first day is this is a place for personal growth so I’m grateful that I was given a second chance by everyone who has employed me since my release," Thomas said.