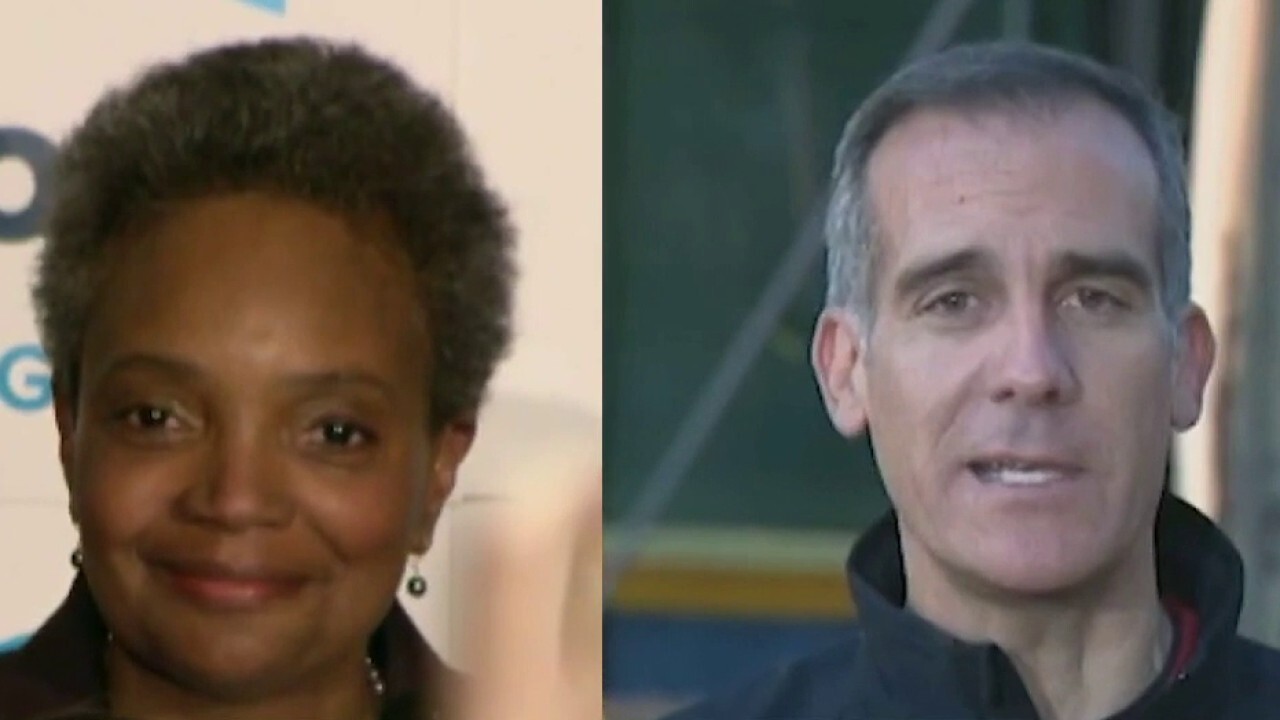 FOX Business' Grady Trimble reports on what the payments will be and when the programs will start.

Los Angeles will pay $1000 to 3200 families every month, while Chicago will send $500 to 5000 families. The programs will cost $40 million and $31.5 million, respectively, according to FOX Business reporter Grady Trimble.

Applicants for the Chicago program will be chosen at random but must earn less than $35,000 a year to qualify. Applications have not yet opened, but the mayor's office will provide more details ahead of the program's 2022 launch, a spokesperson for the mayor's office told FOX Business.

"The monthly cash assistance pilot will focus on low-income Chicago residents," the spokesperson said. "Now that City Council has authorized us to proceed with designing this program, we will be working closely with aldermen, design and policy experts, and people who have experienced poverty to ensure the program meets the mayor’s goal of mitigating the impacts of poverty on Chicago families."

Mayors Eric Garcetti and Lori Lightfoot have hailed the programs as the necessary step to "lift" people out of poverty, but critics have targeted the programs as an example of policies that disincentivize work amid a labor shortage.

"There are still millions of low-skilled jobs out there, and you have small business owners who can’t find workers to join their companies," said Michael Faulkender, who served as an assistant treasury secretary for economic policy during the Trump administration.

The first such program started in Stockton, California, with monthly stipends to 125 residents in 2019, The Washington Post reported.

Then-Mayor Michael Tubbs noted that most recipients spent at least a third of the stipends on food.

Around 40 other cities have considered plans to launch UBI programs, including Denver, Newark, Pittsburgh, San Francisco and New Orleans, according to Mayors for a Guaranteed Income.

Mayors plan to use some of the coronavirus stimulus package funds to make the payments in the pilot programs, but some critics believe that will create a false sense of the program’s possible success.

Instead, critics argue that the only way to expand the program or pay for it past 2024 would be to increase taxes on city residents.

The payments will continue for a year, at which point the cities will assess the success and determine next steps for the program.