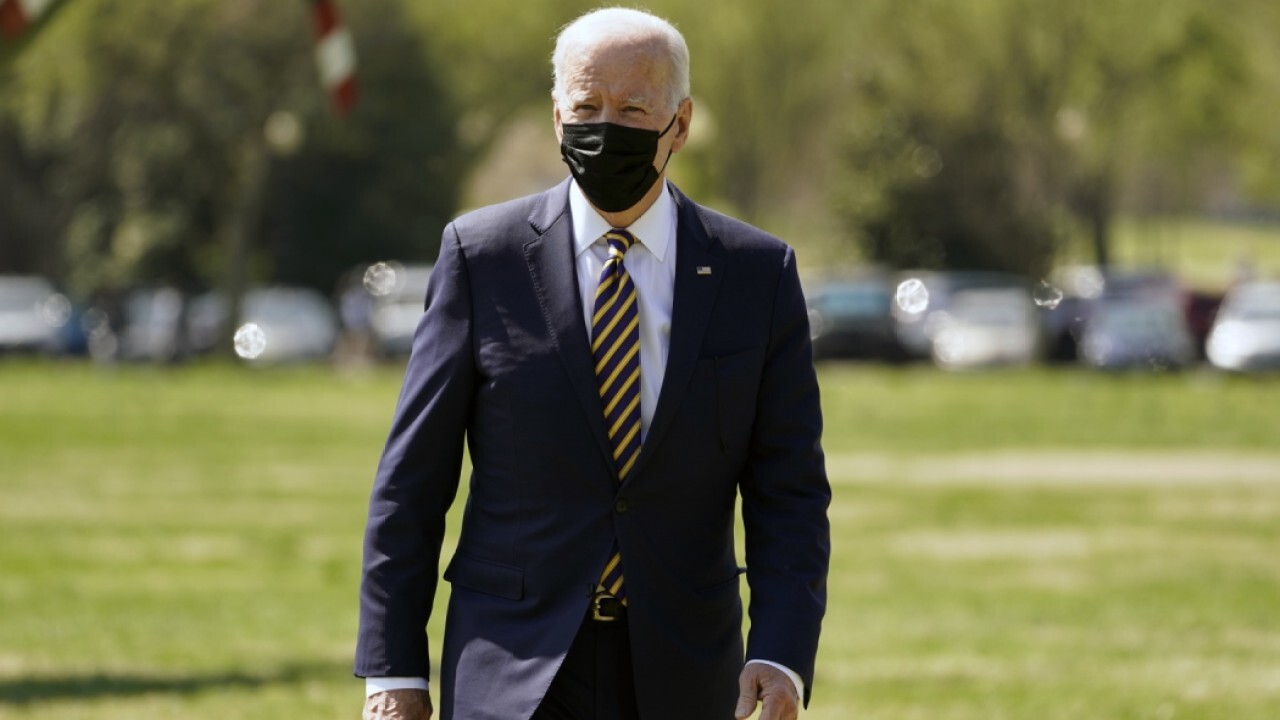 President Biden has pledged to raise taxes on high-earning Americans in order to pay for his forthcoming infrastructure bill, but the design of the levy may inadvertently hurt married couples.

Although Biden has repeatedly promised that he will not raise taxes on any American earning less than $400,000, the White House clarified recently that the proposed threshold applies to both married couples and individuals. That means an individual who earns $200,000 and is married to someone who makes the same amount could be affected by the tax increase, even though an individual who makes $200,000 and files separately would not.

"The simple fact of marrying means that they will be subject to that tax hike," Garrett Watson, a senior policy analyst at the center-right Tax Foundation, told FOX Business' Gerri Willis. "And then they actually disincentive folks, discourage them, from marrying. They're going to make marriage decisions and family decisions on the tax code, and that is not what we want."

Biden is expected to release more details about his plan to raise taxes on rich Americans in April, when he rolls out the second major infrastructure package. That proposal, which could cost upward of $1 trillion, will likely focus on domestic issues, such as expanding health care, providing universal kindergarten, extending the child tax credit and offering paid family leave.

Biden is currently pitching the first part of his infrastructure proposal, a sweeping $2.25 trillion spending measure that would be paid for by raising the corporate tax rate to 28% from 21% and imposing a global minimum tax on U.S. companies.

"It is a once-in-a-generation investment in our economic future, a chance to win the future — paid for by asking big corporations, many of which do not pay any taxes at all, just to begin to pay their fair share. And it won't raise a penny of tax on a family making less than $400,000 a year, no federal tax, no addition," Biden said last week.

But the eight-year spending measure is already facing headwinds from Democrats and Republicans alike: On Monday, Sen. Joe Manchin, D-W.Va., said he doesn't support raising the corporate rate to 28%. The key moderate lawmaker suggested the White House pay for the plan by raising the rate to 25% and closing tax loopholes.