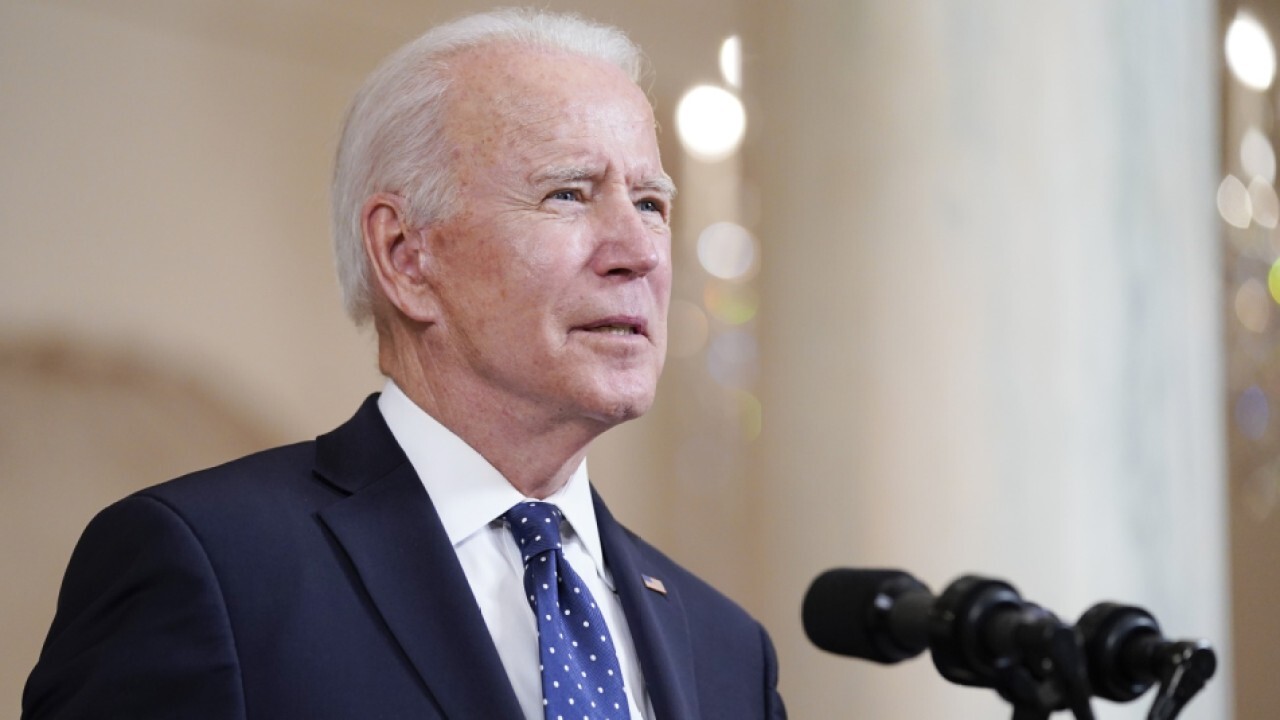 The King's College in Manhattan business professor Brian Brenberg discusses the impact of the Biden admin's spending plan on the economy.

President Biden repeatedly pledged on the campaign trail to not raise taxes on Americans earning less than $400,000, but that income threshold only applies to individual filers – not married couples whose combined salaries exceed the cap.

The $1.8 trillion "American Families Plan," released Wednesday, raises the top tax rate to 39.6% from 37%, "applying only to those within the top 1%," according to a copy of the proposal. The higher tax rate will apply to families with joint taxable income of about $509,300 and individuals earning more than $452,700, a White House official confirmed to FOX Business.

Under those proposed brackets, a hypothetical couple that earns $600,000 combined each year would be required to pay the higher taxes, even if the spouses individually made less than $400,000. This would apply if the couple filed jointly.

"Consistent with the president’s campaign proposal, we are proposing to reverse the tax cut for the top bracket by returning that top tax bracket to what it would’ve been under pre-2017 law," the official said. "That applies to less than 1% of Americans - the very top earners."

But the proposed brackets seemingly contradict Biden's campaign promise that no one earning less than $400,000 would pay higher taxes if he were elected.

"Anybody making more than $400,000 will see a small to a significant tax increase," Biden told ABC News in mid-March. "If you make less than $400,000, you won't see one single penny in additional federal tax."

The White House has repeatedly given inconsistent responses when asked whether the $400,000 threshold applies to individuals or married couples and households – including as recently as Thursday morning.