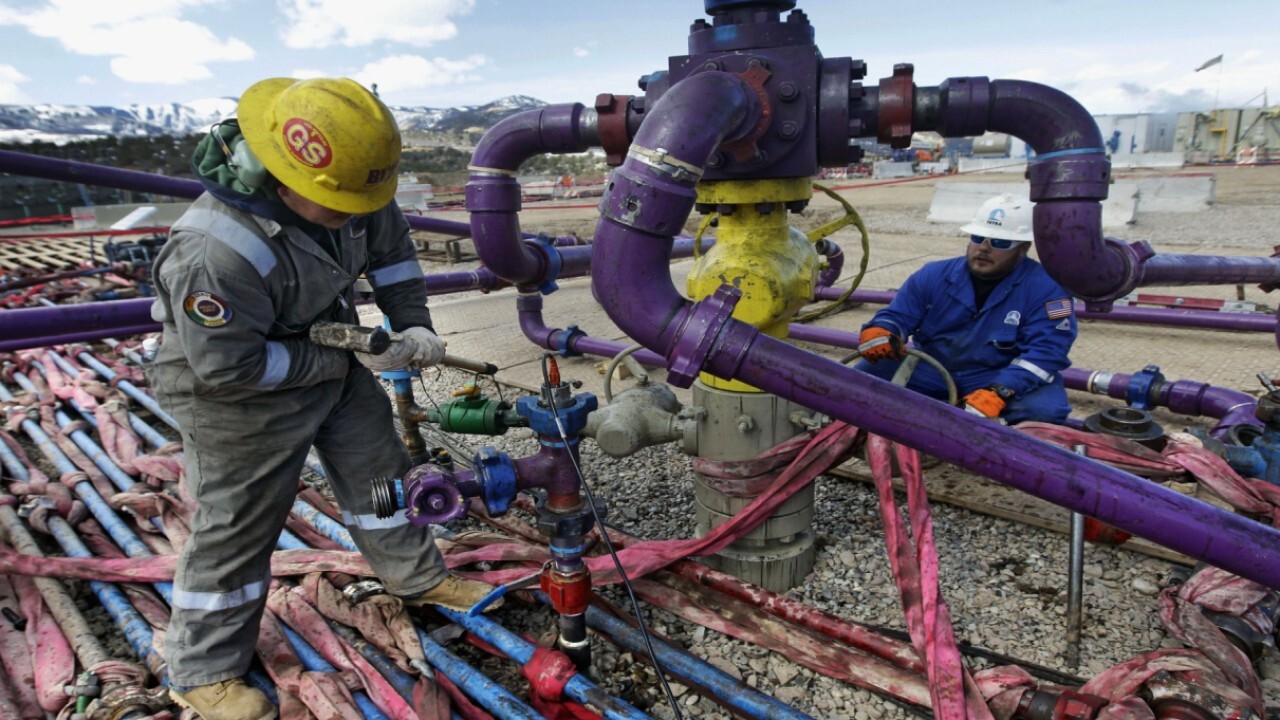 Haaland was answering a question from Republican North Dakota Sen. John Hoeven, who asked Haaland whether the economic consequences of a potential Dakota Access Pipeline shut down would be "devastating," noting that the Mandan, Hidatsa and Arikara (MHA) Nation receives tax revenue from the pipeline.

Haaland said she "doesn't know the specificity of every job" that could be lost if the Dakota Access Pipeline project is shut down, but said she would be "more than dedicated to being briefed on that issue" if confirmed.

"If something shuts down, then jobs can be lost, and I understand that, so thank you for sharing that with me," she said when Hoeven pressed her on the issue.

Haaland's office did not immediately respond to an inquiry from Fox News.

The president on his first day in office revoked a construction permit for the Keystone XL pipeline -- which would have transported up to 830,000 barrels of crude oil daily from Alberta, Canada, to Nebraska, and sustained more than 11,000 jobs in 2021 -- in an effort to combat climate change in the country by shifting away from fossil fuels and toward clean energy.

Biden is now facing calls from politicians and celebrities to shut down the Dakota Access Pipeline, which has faced scrutiny from activists since 2016, as well.

The Dakota Access Pipeline is more than 1,100 miles long and transports crude oil underground from North Dakota -- the country's No. 2 oil-producing state behind Texas -- to Illinois and refiners in the Midwest, helping to keep U.S. gas prices at bay.

Heavy equipment is seen at a site where sections of the Dakota Access pipeline were being buried near the town of St. Anthony in Morton County, N.D. (Tom Stromme/The Bismarck Tribune via AP, File)

North Dakota regulators approved a permit to expand the pipeline -- which crosses north of the Standing Rock Sioux Reservation -- nearly a year ago despite pushback from climate activists and Native American tribes with concerns that the pipeline would harm tribal lands and water, which Energy Transfer, the company that owns the pipeline, denies.

A federal judge ordered the pipeline to shut down in June of 2020 after months of protests, requiring the pipeline to be emptied by August after finding that the U.S. Army Corps of Engineers violated “the National Environmental Policy Act when it granted an easement” for the pipeline’s construction and operation of crude-oil running beneath Lake Oahe, which is federal land.

The pipeline created between 8,000 and 12,000 jobs during construction and has contributed millions of dollars to states in the forms of both tax revenue and donations.

Biden has yet to comment publicly on the pipeline, but Vice President Kamala Harris has previously expressed support for shutting it down.