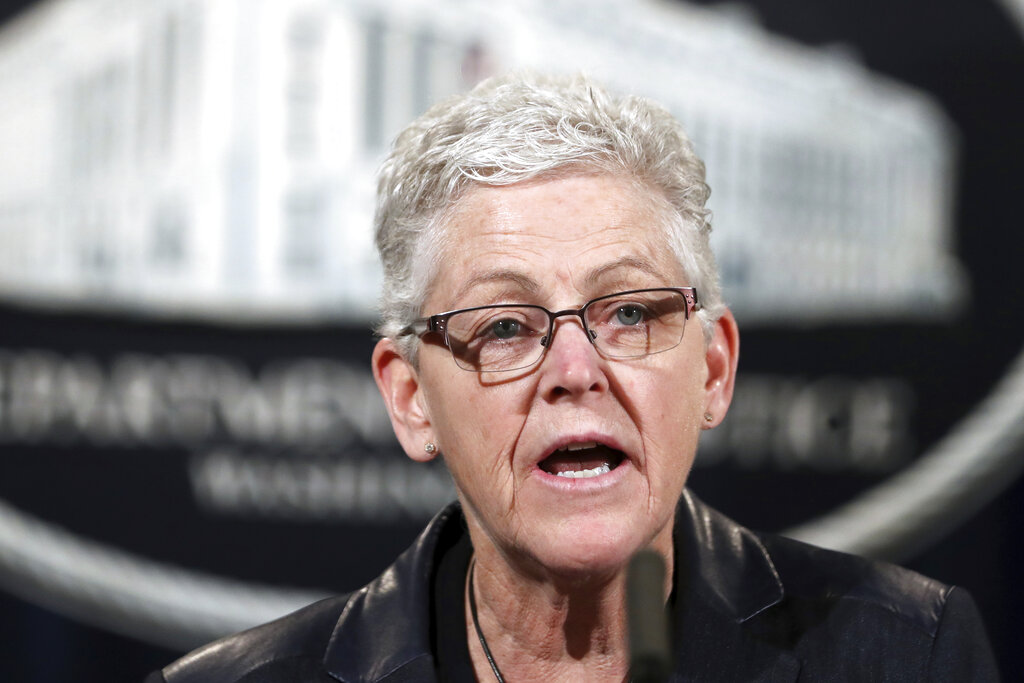 The NRDC, which has filed more than 100 lawsuits against the Trump administration, has a history of working closely with China and has repeatedly praised the communist country’s efforts to transition to clean energy.

In 2018, the NDRC’s senior strategic director, Barbara Finamore, released “Will China Save the Planet?” a book that praised the communist country for leading a global clean energy revolution.

China, according to multiple indices, tops the rest of the world in terms of carbon dioxide emissions.  A 2018 report from the Union of Concerned Scientists stated China ranked number one in CO2 emissions and produced carbon dioxide at nearly twice the rate of the United States.

The group was named by Rep. Liz Cheney, R-Wyo., in a September letter asking the Department of Justice to investigate potential Chinese and Russian efforts to influence U.S. environmental and energy policy, including efforts targeting U.S. environmental non-governmental organizations.”

“The NRDC maintains a presence in China and has long worked with [Chinese Communist Party] officials. Meanwhile, the group touts the dozens of lawsuits that it has launched against the Trump Administration,” Cheney wrote.

The NRDC did not respond to requests for comment.

She also noted that the NRDC has “sued the U.S. Navy in an effort to stop critical exercises in the Pacific, but has shied away from criticizing China’s damaging militarization of coral reefs in the South China Sea.”

“This behavior -- combined with the NRDC’s history of working with the CCP and its presence in China -- makes it a high-value target,” she wrote.

As Biden’s climate chief, McCarthy will oversee his ambitious climate plans throughout the federal government.

The NRDC maintains a presence in China and has long worked with CCP officials. Meanwhile, the group touts the dozens of lawsuits that it has launched against the Trump Administration.

In 2018, the House Natural Resources Committee chairman, Rep. Rob Bishop, R-Utah, and the Subcommittee on Oversight and Investigations chairman, Rep. Bruce Westerman, R-Ark., raised concerns about NRDC’s work with China, suggesting that it was “at risk” of being “coerced” and might even need to register as a foreign agent.

“The committee is concerned about the NRDC’s role in aiding China’s perception management efforts with respect to pollution control and its international standing on environmental issues in ways that may be detrimental to the United States,” the Republicans wrote.

In response the lawmakers’ request for a variety of documents, Bob Deans, director of strategic engagement for the NRDC, defended the group’s work with China.

“As the most populous country on Earth, China has much to do with the kind of world the next generation will inherit, in our country and around the world,” Deans said in a statement. “We’re proud of our work, in China and elsewhere, helping to create a more sustainable future for everyone, and we look forward to discussing that work with Chairman Bishop and the committee.”

Amid news of MCarthy's nomination, Cheney blasted Democrats for still refusing to "take the threat posed to the United States by the Chinese Communist Party seriously."

"Instead of working to hold China accountable, Joe Biden appears content on inviting those who have appeased them into his Administration," Cheney said in a statement provided to Fox News. "Gina McCarthy, who has been named the Biden Administration 'Climate Czar,' led the Natural Resources Defense Council, an organization that has served as a mouthpiece for the Chinese Communist Party."

"America can not afford to have government officials who fail to recognize the clear and present danger of China's efforts to achieve global military and economic dominance," she said.