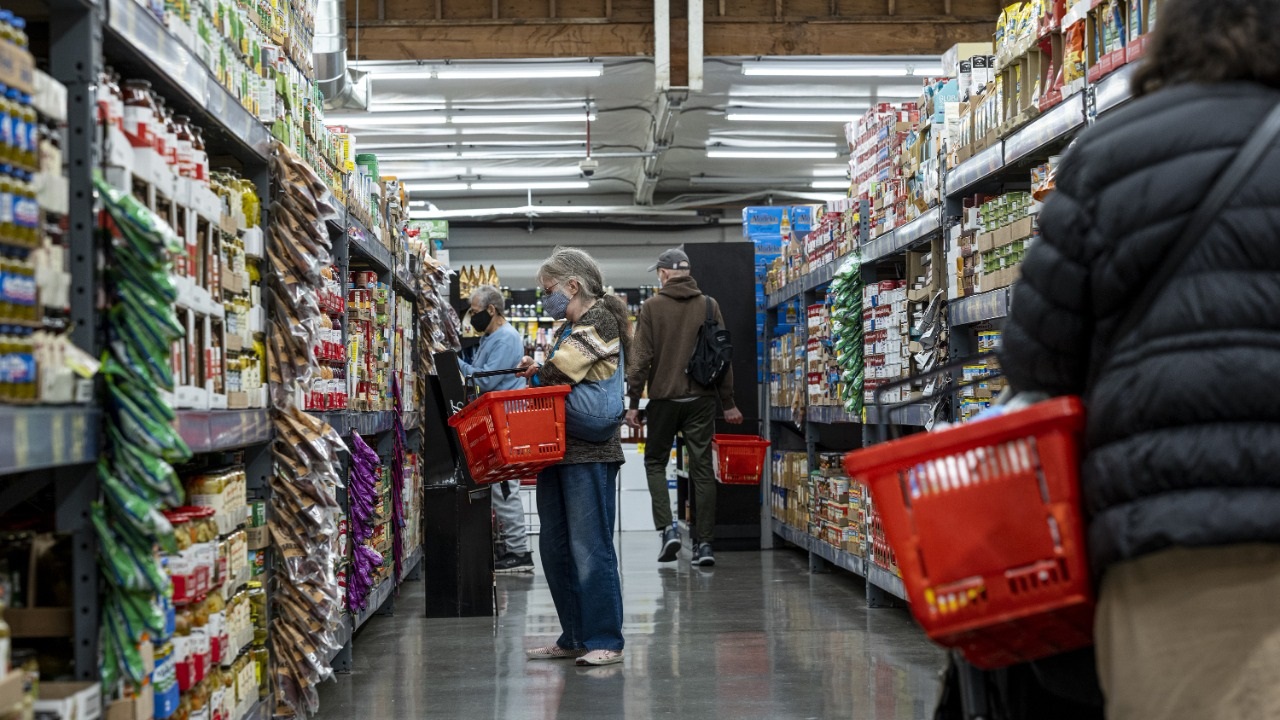 Inflation is ‘killing’ the consumer: Expert

Americans' inflation fears remained near a record-high in April, with consumers expecting the price of everyday goods to stay elevated in the coming years, according to a key Federal Reserve Bank of New York survey published Monday.

The median expectation is that the inflation rate will be up 6.3% one year from now, down from an 11-year-high of 6.5% recorded in May, according to the New York Federal Reserve's Survey of Consumer Expectations. Three years from now, consumers see inflation hitting 3.9% – an increase of 0.3% from the previous month, but still below the peak of 4.2% recorded in late 2020.

HOW THE FEDERAL RESERVE MISSED THE MARK ON SURGING INFLATION

Shoppers inside a grocery store in San Francisco, California, on Monday, May 2, 2022. (David Paul Morris/Bloomberg via Getty Images)

The survey plays a critical role in determining how Fed policymakers respond to the recent inflation spike. That's because actual inflation depends, at least in part, on what consumers think it will be. It's a sort of self-fulfilling prophecy – if everyone expects prices to rise by 3% in the year, that signals to businesses that they can increase prices by at least 3%. Workers, in turn, will want a 3% pay raise to offset the rising costs.

The survey comes two days before the Labor Department releases the latest consumer price index reading, which is expected to be another doozy. Economists expect the gauge to climb 8.1%, down slightly from March's recording of 8.5%.

In response, the Federal Reserve has taken a significantly more hawkish approach to fighting inflation: After hiking the key interest rate by a quarter-percentage point in March, policymakers this month approved an even steeper, half-percentage point increase. They have signaled that similarly sized increases are on the table at coming meetings.

"Inflation is much too high, and we understand the hardship it is causing, and we are moving expeditiously to bring it back down," Powell told reporters after the Fed's most-recent two-day meeting. "Assuming that economic and financial conditions evolve in line with expectations, there is a broad sense on the committee that additional 50 basis point increases should be on the table at the next couple of meetings."

The biggest question now is whether central bank officials can successfully tame inflation and stabilize prices without triggering an economic recession. Raising the federal funds rate tends to create higher rates on consumers and business loans, which slows the economy by forcing them to cut back on spending.

Economic growth is already slowing, although consumer spending and business investment remain strong. Last week, the Bureau of Labor Statistics reported that the economy unexpectedly shrank in the first quarter of the year, marking the worst performance since the spring of 2020, when the U.S. economy was still deep in the throes of the COVID-induced recession.

Powell has argued the labor market and consumer demand are strong enough to prevent a downturn.

"It’s a strong economy," he said. "Nothing about it suggests it’s close to or vulnerable to a recession."