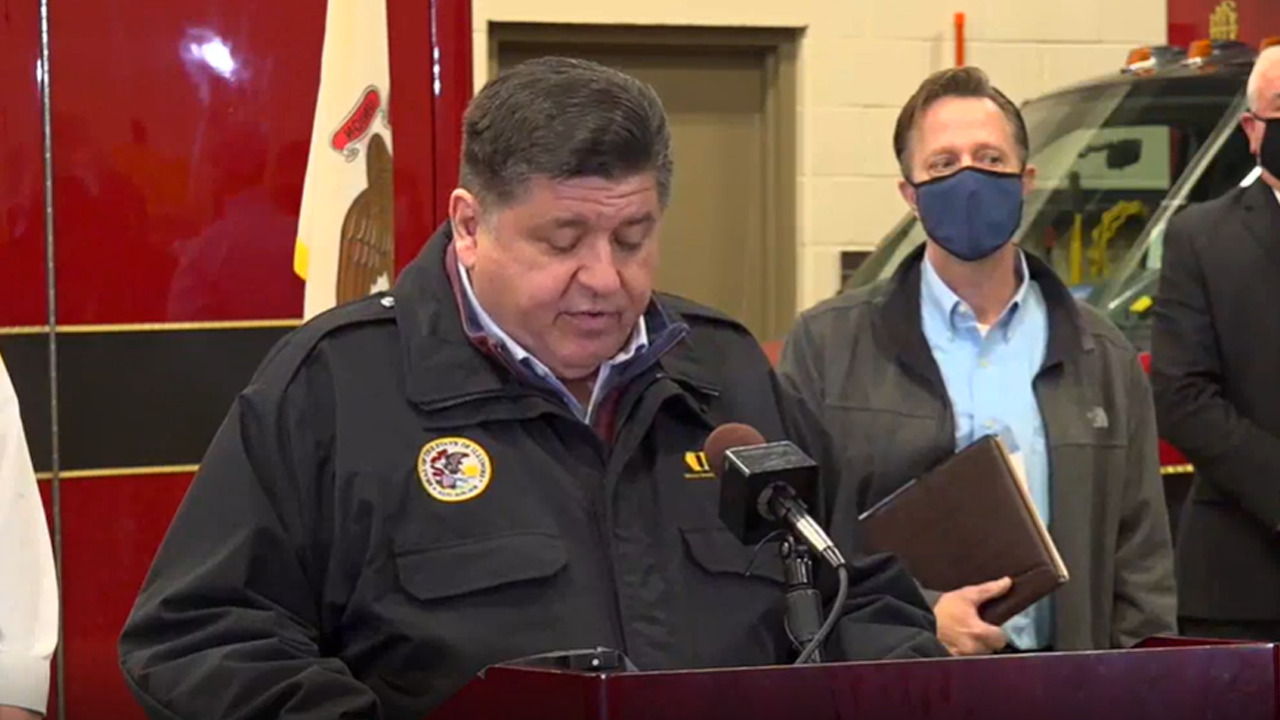 At least six people have died after a tornado went through the area of an Amazon warehouse in Illinois on Friday night.

Illinois Governor J.B. Pritzker announced that the death toll at the Edwardsville Amazon warehouse, about 25 miles east of St. Louis, has increased to at least six people during a press conference on Saturday evening.

Other officials at the press conference said that the focus of law enforcement has shifted to a search and recovery effort and noted that they don't expect that anyone can be surviving. The recovery is expected to take up to three or four more days.

The event was originally described by local emergency responders as a "mass casualty incident."

Workers remove debris from an Amazon Fulfillment Center in Edwardsville, Illinois, on December 11, 2021, after it was hit by a tornado. - Tornadoes ripped through five US states overnight, leaving more than 70 people dead Saturday in Kentucky and cau (Photo by TIM VIZER/AFP via Getty Images / Getty Images)

According to officials, 45 personnel members made it out of the building safely, and one individual was airlifted to a regional hospital for injuries sustained during the collapse.

James Whiteford, the Edwardsville Fire Department chief said that there were several factors that complicated the rescue effort following the tornado that went through the area.

"We had some concerns about safety of our workers because the building was still charged with electrical at that time. In addition to water that was leaking, the mains had broken, so water was pouring into the building. And then we also [had] gas leaking from natural gas," Whiteford said.

A heavily damaged Amazon fulfillment center is seen Saturday, Dec. 11, 2021, in Edwardsville, Ill. The a large section of the roof of the building was ripped off and walls collapsed when a strong storms moved through area Friday night. (AP Photo/Jeff (AP Newsroom)

"Most of the weight of the building landed centrally into the building, and its walls are made out of 11-inch thick concrete and there are about 40-feet tall. So a lot of weight when that came down," he said.

Pritzker added that he has spoken with people from Amazon and said that the company intends to assist the community in the recovery efforts.

"I also spoke with Amazon earlier today and implored them to provide every assistance to this community, which they have said they intend to do," Pritzker said.

The National Weather Service tweeted on Sunday that the tornado that the damage observed at the Amazon warehouse was equivalent to an EF-3 tornado. Top speeds from the tornado are estimated to be around 155 mph.

However, the government agency said the rating could increase as more damage is surveyed.