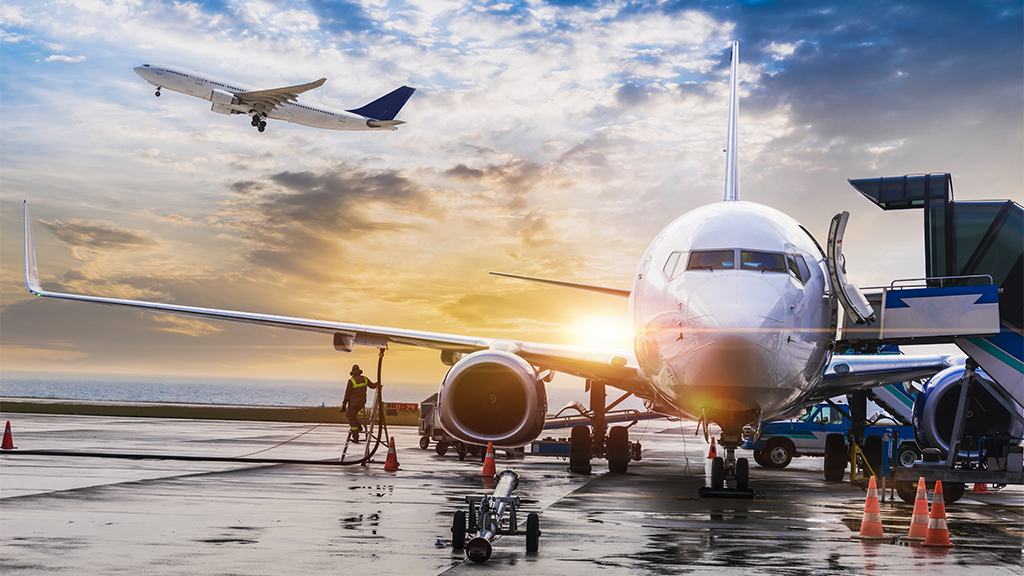 Thousands of airline workers are bracing for layoffs at the end of the month unless Congress overcomes a monthlong stalemate and passes another emergency coronavirus aid package.

Under the terms of a $25 billion bailout fund that was created earlier this year as part of the CARES Act, airlines are prohibited from cutting jobs or reducing workers' pay through Sept. 30. But absent another stimulus deal, major airlines have warned they will be forced to furlough thousands of pilots, flight attendants, gate agents and other employees.

United Airlines plans to furlough up to 16,370 employees in October (though it reached a tentative agreement with the pilots union to avoid nearly 3,000 of those); American Airlines could lay off and furlough as many as 19,000 workers; and Delta is preparing to furlough nearly 2,000 pilots.

The industry has warned that as many as 75,000 jobs could be at risk.

Airlines are required to inform employees of mass layoffs 60 to 90 days ahead of time.

“Thousands of ALPA pilots continue to face layoffs, pay cuts, and significantly reduced flying time as a result of the coronavirus pandemic, and the looming expiration of the Payroll Support Program on October 1," the Air Line Pilots Association, a union that represents pilots, said in a statement to FOX Business. "Frontline aviation workers are grappling with the realities of being forced out of work and into a labor market that is extremely challenging."

An impasse between White House officials and Democratic leaders over what to include in another aid package has continued to persist more than one month after negotiations first collapsed, imperiling the chances of a stimulus deal before the November election.

“If Congress and the White House fail to reach an agreement that extends the Payroll Support Program before Oct. 1, thousands of pilots will be furloughed and the economy will be further devastated as a result of both lost wages and the loss of airline service in many communities," the union said.

But lawmakers are working on an increasingly tight deadline, with just a few weeks before they leave Washington to campaign ahead of the Nov. 3 election.

Treasury Secretary Steven Mnuchin, one of the lead negotiators for the White House, said his focus now is ensuring Congress passes a stopgap measure to keep federal agencies open beyond Sept. 30. (Mnuchin and House Speaker Nancy Pelosi, D-Calif., said they have agreed to work on a short-term spending bill to avoid a government shutdown on Oct. 1.) Mnuchin said he is unsure whether the two sides can reach an agreement on another round of aid.

One of the biggest points of contention is the package's cost: Democrats have offered to come down $1 trillion from the roughly $3 trillion HEROES Act, which the House passed in May. But the White House and Republican leaders want to keep the price tag closer to $1 trillion amid growing concerns over the nation's ballooning deficit.

More fiscal aid for airlines has garnered support among some Republicans and Democrats. At the end of July, a majority of House lawmakers penned a letter calling for a six-month extension of the payroll support program for airlines.

“Without an extension of the [Payroll Support Program] before then, hundreds of thousands of airline workers will be fired or furloughed on October 1,” the lawmakers wrote. The letter, spearheaded by House Transportation Committee Chairman Peter DeFazio, was signed by 223 House members, including 195 Democrats and 28 Republicans.

Air travel plunged 95% between March and mid-April, when the COVID-19 crisis brought the nation's economy to a grinding halt. It's started a tepid recovery since then, but remains well below pre-pandemic levels.

"The pandemic has drawn us in deeper and lasted longer than almost any expert predicted, and in an environment where travel demand is so depressed, United cannot continue with staffing levels that significantly exceed the schedule we fly," a memo from United to its employees said. "Sadly, we don’t expect demand to return to anything resembling normal until there is a widely available treatment or vaccine."

The Trump administration is eyeing an executive action to prevent airline furloughs, but it's unclear what that would entail.