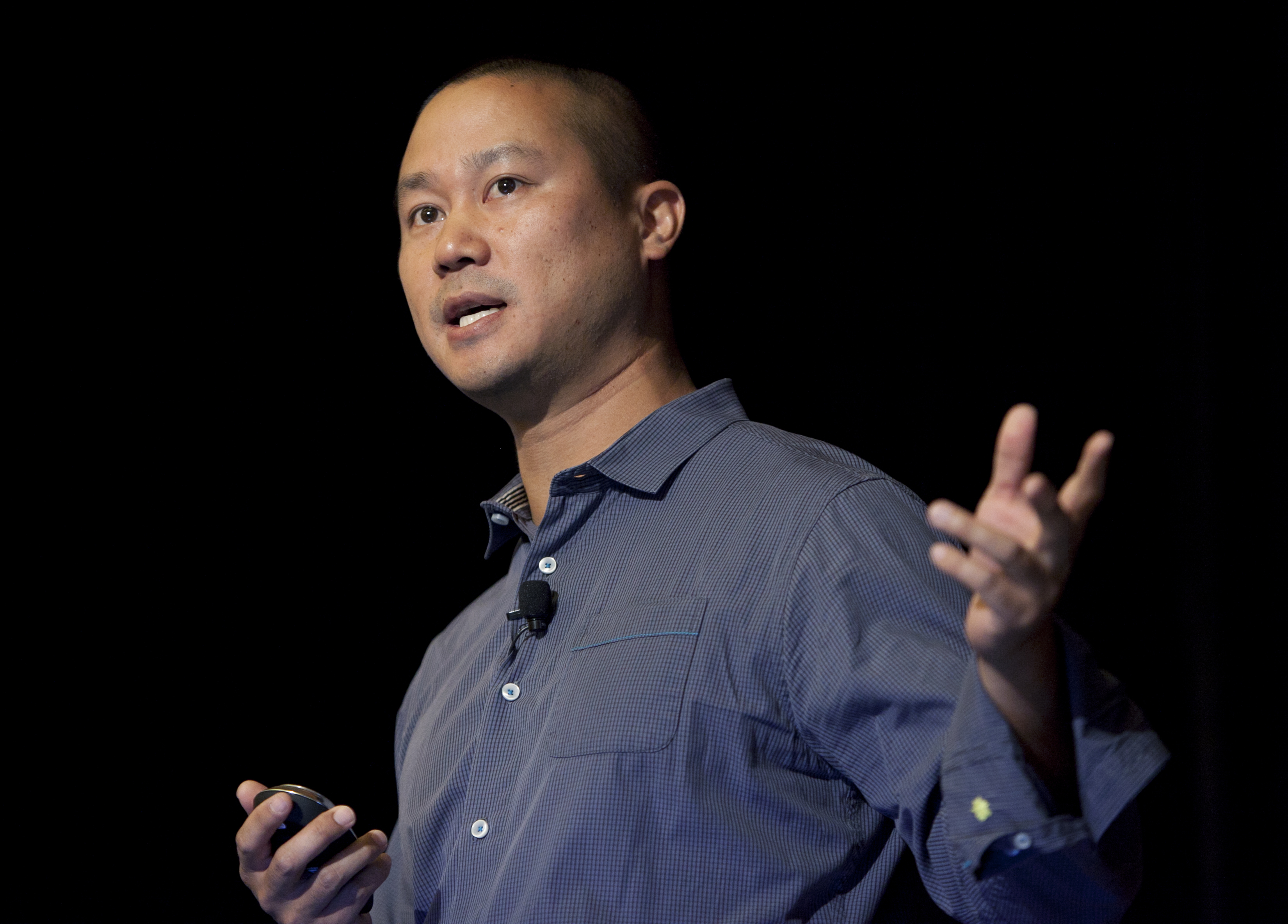 Tony Hsieh, the retired CEO of Las Vegas-based online shoe retailer Zappos.com who spent years working to transform the city's downtown area, has died. He was 46.

Hsieh was with family when he died Friday, according to a statement from DTP Companies, which he founded. Downtown Partnership spokesperson Megan Fazio said Hsieh passed away in Connecticut, KLAS-TV reported.

Puoy Premsrirut, a lawyer for Hsieh, told news outlets that Hsieh had been injured in a house fire while visiting Connecticut. Additional details weren't immediately released. An official cause of death wasn't announced.

“Tony’s kindness and generosity touched the lives of everyone around him, and forever brightened the world,” a DTP Companies statement said. “Delivering happiness was always his mantra, so instead of mourning his transition, we ask you to join us in celebrating his life.”

“The world has lost a tremendous visionary and an incredible human being,” the statement said. “His spirit will forever be a part of Zappos.”

Hsieh was a Harvard University graduate who joined the company — then called ShoeSite.com — in 1999. Zappos was sold to Amazon for $1.2 billion in 2009, but Hsieh had remained with the company until his retirement.

For years, he also worked to revitalize downtown Las Vegas, pledging $350 million in 2013 for redevelopment. The same year he moved Zappos' headquarters into the former Las Vegas City Hall building.

A wave of tributes poured out on social media as news of Hsieh's death spread.

“Tony Hsieh might be the most original thinker I’ve ever been friends with,” former venture investor Chris Sacca tweeted. “He questioned every assumption and shared everything he learned along the way. He genuinely delighted in making anyone and everyone happy.”

Skateboarder and entrepreneur Tony Hawk added, “Tony Hsieh was a visionary. He was generous with his time and willing to share his invaluable expertise with anyone.”

“A truly original thinker, a brilliant entrepreneur, and a kind-hearted and generous friend to so many,” tweeted entrepreneur Max Levchin.