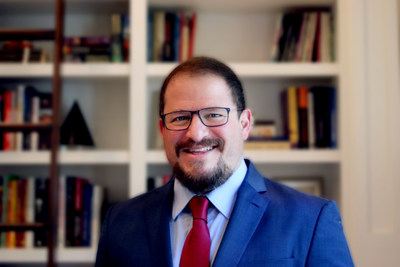 Qualcomm has announced that Cristiano Amon will become its new CEO, with current CEO Steve Mollenkopf retiring later this year.

Amon, who is currently president of the San Diego-based semiconductor company, has worked at the company since 1995. Mollenkopf will remain a strategic advisor to the company following his June 30 retirement, the company added in a statement.

"I am immensely proud of all that we have accomplished at Qualcomm and the position the Company currently enjoys as the world's leader in wireless technologies," Mollenkopf said in the statement. "With our business model clearly validated and our leadership in 5G, this is the right time for Cristiano to assume leadership of the Company and preside over what I see as the single largest opportunity in the Company's history."

"I am honored to be named the next CEO of Qualcomm and appreciate the confidence that Steve and the Board have in me," Amon added. "Qualcomm is an incredible Company. We have been at the forefront of innovation for decades and I look forward to maintaining this position going forward."

He continued: "In addition to driving the expansion of 5G into mainstream devices and beyond mobile, Qualcomm is set to play a key role in the digital transformation of numerous industries as our technologies become essential to connecting everything to the cloud."

Amon is responsible for the company's chip division, selling processors to smartphone- and tablet-makers, including Apple.

The 49-year-old Amon has also played a role in the company's licensing division, which accounts for the majority of its profits, Reuters reported.