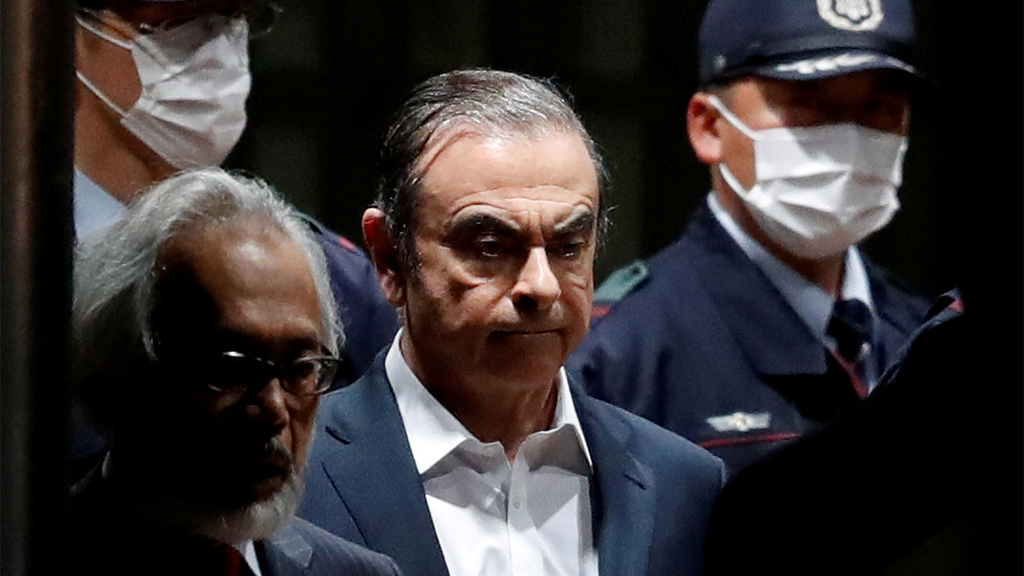 A civil court trial began Friday in Japan over Nissan’s demand for 10 billion yen, or $95 million, in damages from its former chairman, Carlos Ghosn.

The automaker has sued Ghosn over what it says is harm suffered from various types of alleged financial misconduct. Ghosn jumped bail late last year while awaiting a separate criminal trial in Japan.

Ghosn said in a statement Friday from Lebanon that the trial will prove his innocence, “that the suspicions of wrongfulness and charges held against me have absolutely no foundation.”

The civil case is being heard in the port city of Yokohama, where Nissan Motor Co. is based. Nissan filed it in February.

Nissan has accused Ghosn of spending company money on such things as homes in Lebanon and Brazil, use of the company jet for family trips and donations to universities in Lebanon it claimed had no business merit.

NISSAN FAILED TO REPORT INCOME FOR GHOSN IN JAPAN: REPORTS

Ghosn reiterated the charges were “fabricated.” He said questions about his business activities could have been resolved within the company.

“The current Nissan civil lawsuit is an extension to the extremely unreasonable internal investigation with sinister intent by a portion of Nissan’s senior management and the unreasonable arrests and indictments by the public prosecutors,” Ghosn said.

Ghosn, arrested in November 2018, has been charged with breach of trust, in misusing company assets for personal gain, and violating securities laws in not fully disclosing his compensation.

For the civil trial, Ghosn has hired acclaimed lawyer Nobuo Gohara, who has written a book of interviews with Ghosn.

“Attorney Gohara has continually pointed out serious problems with respect to the investigations and indictments by the public prosecutors and the governance of Nissan who banished me,” said Ghosn.

The criminal trial opened in September in Tokyo District Court without Ghosn. Former Nissan executive Greg Kelly and Nissan as a company are present as the defendants. Kelly says he is innocent. Nissan has acknowledged guilt. A verdict isn’t expected for months.

Testimony has shown Ghosn returned about half his pay when Japan’s laws were revised in 2010, to require individual executive pay of more than 100 million yen ($1 million) be reported. Nissan officials had been trying to figure out ways to pay him without making it public because it was so massive compared to Japanese “salaryman” pay.

Ghosn has said he fled because he could not expect a fair trial in Japan, a nation with a 99% conviction rate. Tokyo prosecutors say they’re confident they have a case against Ghosn, as well as against Kelly.

Ghosn led Nissan for two decades, starting with a remarkable turnaround, rescuing the maker of the Leaf electric vehicle and Infiniti luxury models from the brink of bankruptcy.