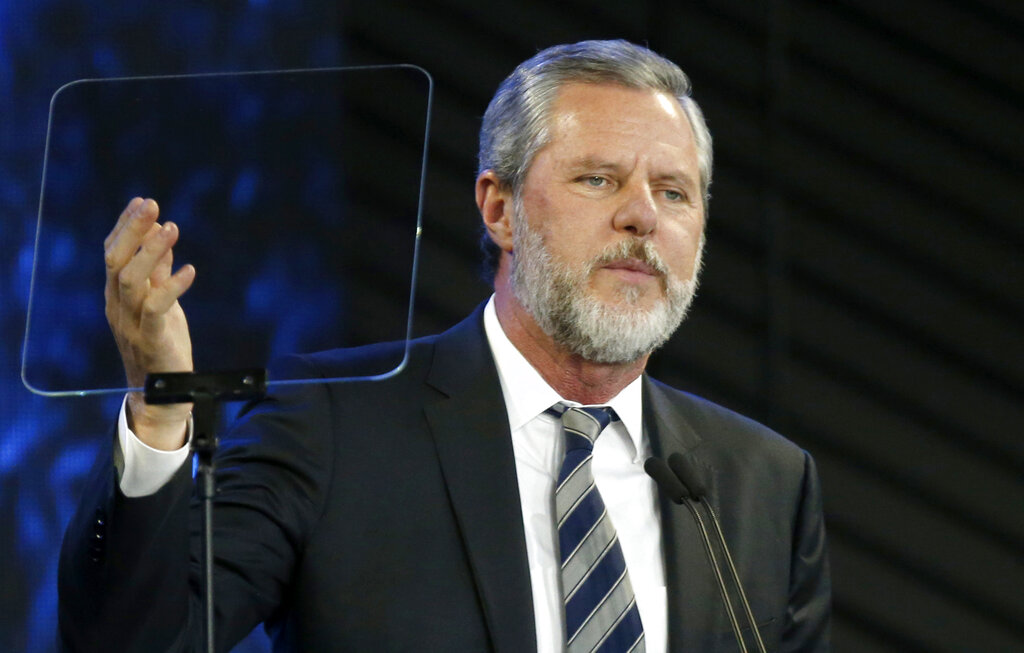 Liberty University owes Jerry Falwell Jr. a total of about $10.5 million over the next two years after he resigned as president of the nation's largest evangelical college following several scandals, according to a person close to Mr. Falwell with knowledge of his employment contract.

Mr. Falwell is due his $1.25 million salary for two years, followed by a lump-sum payment of about $8 million, because of a clause in his contract that allowed him to resign with full pay if his responsibilities were curtailed, which they were when he was put on an indefinite leave of absence two weeks ago, the person said.

Mr. Falwell has agreed to consult for the school during its transition to a new administration, the person added.

A spokesman for Liberty didn't respond to requests for comment, including about how much the school might owe Mr. Falwell in compensation following his resignation.

In a written statement, school officials said the board of trustees met via conference call on Tuesday and unanimously accepted Mr. Falwell's resignation. The statement said the board "used most of its meeting to focus forward on the university's future and steps that could be taken to ensure it remained true to its mission."

Mr. Falwell resigned Monday after a series of scandals involving his social-media posts and accusations about his personal behavior.

In an interview late Monday night, Mr. Falwell said he wouldn't have to sue to get paid. "I didn't break any rules -- I get my compensation," he said. He noted earlier Monday that some rules that apply to Liberty students, like a ban on alcohol, don't apply to staff.

Some alumni, students and former employees reacted with relief that Mr. Falwell, the son of the school's founder and one of President Trump's most ardent evangelical supporters, was gone. Allegations about his personal behavior had mounted throughout August, and he was placed on an indefinite leave of absence earlier this month before resigning on Monday.

Brooke Smoke, who resumed classes at the Lynchburg, Va., campus this week along with thousands of other students, said she hoped the school would make major changes in Mr. Falwell's wake.

LORI LOUGHLIN'S COLLEGE ADMISSIONS SCANDAL CASE: EVERYTHING TO KNOW ABOUT IT

"I'm hoping they'll focus more on the Christian aspect of Liberty and not the political aspect," said Ms. Smoke, a 22-year-old senior.

Johnnie Moore, an alumnus and former senior vice president at Liberty, expressed confidence that the school could move on and thrive. "Liberty would not exist but for the Falwells," he said. "Yet, the brilliance of its original mission and vision was transcended long ago by the scope of education and service that the University has delivered to its students and community."

But the school may face internal disagreements about how best to move forward.

Dustin Wahl, an alumnus who founded an organization, Save71, devoted to ousting Mr. Falwell, said people in the administration and on the board of trustees had failed to hold Mr. Falwell accountable and they weren't the right people to put the school on a new course. The name of the group refers to 1971, the year Liberty was founded.

"The board as a whole needs to be purged for the school to move in a good direction," Mr. Wahl said. He also called for an independent legal inquiry into Mr. Falwell's tenure.

Mr. Falwell's compensation has swelled as Liberty grew into an online learning juggernaut during his tenure. In 2008, his first full year as head of the university, he earned just $271,000 in pay and benefits, according to tax filings.

The school earns about $1.2 billion in revenue annually, about 84% of which comes from tuition and fees, the tax filing covering fiscal 2018 shows. Its assets total more than $2.8 billion.

Much of the university's revenue is bolstered by federal student aid. In the 2020 school year, Liberty undergraduate and students received $676 million in federal student loans, federal data show. That's the third most of any school in the country after Grand Canyon University and Arizona State University and more than 27 times what its students received two decades ago, accounting for inflation.

Several other members of the Falwell family are involved with Liberty. Mr. Falwell's son, Jerry "Trey" Fallwell III, a vice president at the university, earned $189,000 in pay and benefits according to the tax filing. Another son, Wesley Falwell, and two daughters-in-law earned five-figure sums. Mr. Falwell's brother, Jonathan Falwell, serves on the board.