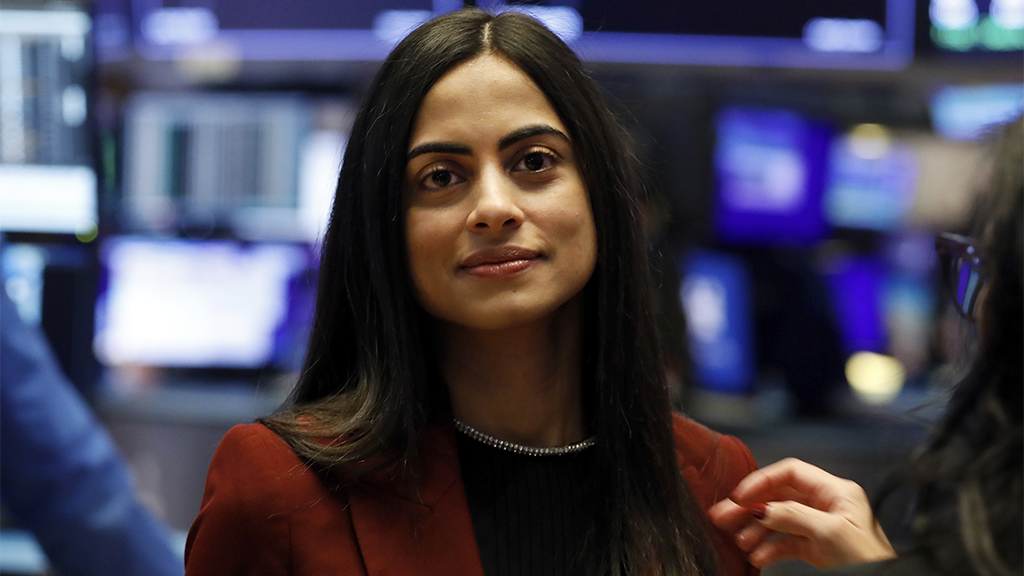 Dhivya Suryadevara, one of the youngest and highest-ranking executives at General Motors and the auto industry, is stepping down as chief financial officer to take on a similar role with Stripe, the online payments startup.

“I’m very excited to join Stripe at a pivotal time for the company. Stripe’s mission to increase the GDP of the internet is more important now than ever,” Suryadevara said in a statement released by Stripe, “I really enjoy leading complex, large-scale businesses and I hope to use my skills to help accelerate Stripe’s already steep growth trajectory.”

The company noted Suryadevara will play "a crucial role in enabling this aggressive growth while maintaining the highest standards in discipline and fiscal responsibility," citing her "wealth of experience" from General Motors.

“Dhivya is a rare leader who has run an industry-leading leviathan but also gets excited about enabling the brand-new products and the yet-to-be invented products, too”, said John Collison, co-founder of Stripe. “She has the expertise and the instincts to help steer Stripe through our growth in the years ahead.”

According to the announcement, Suryadevara joins more than 400 new employees who have joined Stripe this year. The company has a workforce of 2,800 across 16 global offices and has significantly expanded over the past year, with service in 15 new countries across Latin America, Asia Pacific and Europe.

Of her time at the auto giant, Suryadevara said in a statement Tuesday. “I am grateful for the opportunities I have been given at GM” and said she "has great confidence in GM’s trajectory and future.”

She worked on GM's divesting of its Opel operations in Germany, its acquisition in autonomous technology business, Cruise, GM's investment in ride-sharing service Lyft, and its partnership with SoftBank to invest $2.25 billion in Cruise, according to the Detroit Free Press.

In addition, she was "the driving force" behind GM's November 2018 announcement it would close five plants in North America, cutting tens of thousands of salaried and hourly jobs as part of a restructuring effort.

General Motors Chairman and CEO Mary Barra said Suryadevara has been a "transformational leader" that has helped the company "strengthen our balance sheet, improve our cost structure, focus on cash generation and drive the right investments for our future."

"We wish her every success," Barra added.

Stapleton joined the company back in 1990, holding "a series of finance roles with increasing responsibility in manufacturing, labor, performance improvement and operations," according to the company.

A GM spokesperson said Stapleton has worked across the globe in key leadership roles in manufacturing finance, union contract negotiations, and large-scale restructurings, including CFO of GM of Canada in 2008 and CFO of Global Manufacturing in 2013.

The move comes just a few weeks after the company reported a loss of $758 million, or an adjusted 50 cents per share, for the second quarter, compared to a  $2.4 billion profit a year ago. General Motors' net revenue totaled $16.8 billion, down 53 percent year-over-year.

“Clearly, the second quarter was a challenge, but we achieved near breakeven EBIT-adj. in North America, despite losing 8 of 13 weeks of production," Suryadevara said. "These results illustrate the resiliency and earnings power of the business as we make the critical investments necessary for our future.”