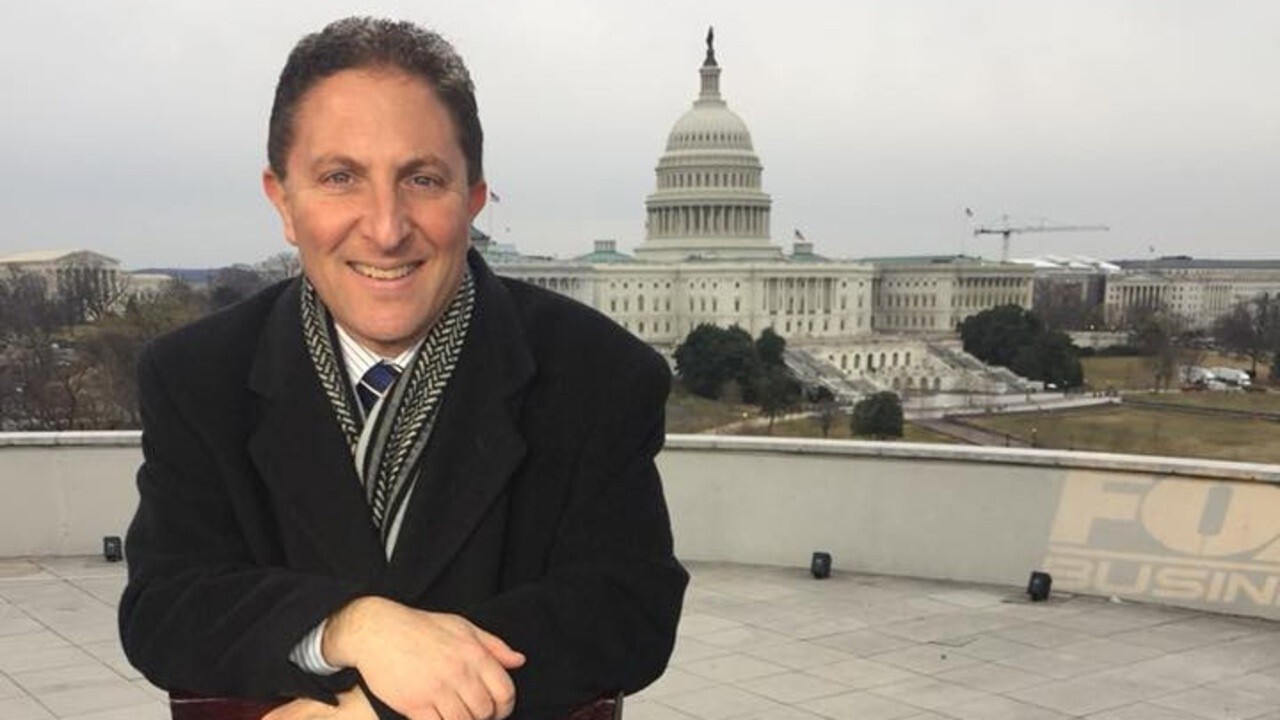 As we prepare to say goodbye to our beloved FOX Business and Fox News colleague Eric Spinato, we wanted to toast him one last time with memories never to be forgotten.

Spinato, who passed away suddenly last weekend due to complications from COVID-19 according to his family, touched many hearts in and out of the office.

Speaking to friends, colleagues, and family, all of whom are shocked by his untimely passing, one thing was undeniable: Eric was one of a kind whose work ethic was "immeasurable" according to Fox's Executive team.

As his "digital friend," I spoke to just a handful of the many people he touched and made a lasting impression on.

Comedian Joe Piscopo, the former "Saturday Night Live" cast member, was Eric's go-to when booking segments to recap political satire on the late-night comedy show or political hot topics in general. Yet Piscopo tells FOX Business when Eric came to one of his shows it was always guaranteed "fun."

"Eric was like a brother to me," Piscopo fondly recalled to FOX Business. "He was always fun whether it was making sure my Fox hits were on mark, to coming to my live shows and just having the best time."

Piscopo, who has even mulled politics himself, delivered a tribute on his Instagram that reads:  #EricSpinato was a dear friend and a fearless professional in television news. #RestInPeace my Brother.

Eric was a New Yorker, as is Mitch Modell, scion of Modell's Sports, who tells us: "Eric was such a special person, so passionate about his work, about life in general. He was always so upbeat, always smiling Eric loved connecting people, whereby so many new friendships were developed with him He will be sorely missed. I cherished all the great times we had, whether smoking cigars, going to games, or fishing in Montauk ... RIP my dear buddy."

And fish he did.

Richard Edelman, CEO of Edelman Communications, the world's largest public relations firm, knew when he met Eric, not only did he meet a kindred spirit, but one who had  "street smarts" and who could "hustle."

"I went on air and came out to wash off the powder on my face. Eric met me by the sink. 'Your opening was good. You had energy and facts. You could have done better towards the end. You need a snappy close.' And then he disappeared back to the control room," Edelman wrote.

"That was the beginning of our friendship. Eric would call me about an Edelman client such as the president of KFC who had just been on the air. 'I found the most awesome visuals of the new chicken wings. You PR guys should be providing that,'" Edelman recalled.

Eric was no stranger to conventions or wrangling celebrities and athletes.

Yankee Legend Darryl Strawberry tells FOX Business Spinato "showed me nothing but great love" and "anytime I had a project, Eric took great interest, my thoughts and prayers are with his family," he said.

FOX Business' Neil Cavuto, with whom Eric worked with early at Fox, was wowed by his "tenacity."

“To say Eric was a force of nature was an understatement. Everyone knows he was tenacious pursuing guests. What they might not know is he wouldn’t let anything get in the way of making sure they talked to Fox first. Even if they were in prison!"

The anchor of "Cavuto: Coast to Coast" recalled the time "Eric managed to land former Tyco boss Dennis Kozlowski, not after he got out of jail, but while he was still doing time in jail.  Yet there we were in an upstate New York penitentiary talking to the man whose lavish spending had made him the face of executive excess, but at that moment, just another white-collar criminal serving time."

Now more than 13 years after that momentous interview, Cavuto said, "Looking back at it, I don’t know what impressed me more – talking to Dennis, the inmate, or seeing Eric so comfortable and familiar being 'around' inmates. He laughed. I laughed. Even Kozlowski laughed. That was Eric. In the moment. Always momentous."

Ironically, Kozlowski stayed connected with Eric who recognized the former chieftain's skill as one of the early architects of tax inversions. That's when a U.S. company relocates its headquarters overseas to ease high taxes. A move popular pre-President Trump.

"He was always so upbeat, always smiling. Eric loved connecting people, whereby so many new friendships were developed with him he will be sorely missed," Kozlowski shared with FOX Business.

"His style was hilarious and unbiased … Whether he was speaking with presidents, CEOs, boxing legends, or B-list celebrities, he would give them the same tough love ‘this-is-TV’ talk and they all responded to it," said Ralph Giordano, vice president of news coverage at FOX Business Network.

Early on, pre-White House, Eric recognized the power of the Trump family. He became a friend to Eric Trump, who tells FOX Business Spinato was "the most gracious guy" way before politics came into play and "real estate and hotels" were the topics du jour and cable TV interviews were slightly foreign to the young Trump.

“He is a person who is incredibly special to our family, he was beyond another employee at Fox and truly became a friend to me personally," said Trump, while also recalling getting lured in by Eric's ability to hustle VIPs into the studio.

"Half the time you were not in the mood to do it but you’d get there ... and he never asked once, he asked about 400 times and once you got there he was so warm in the green room," he noted.

Eric was no stranger to the White House, helping orchestrate several of President Trump's FOX Business interviews himself.

"Eric will never be forgotten. He was a gem and a true friend who was always there to lift us up. Filled with boundless energy, Eric made us laugh, never stopped, and was always creatively thinking of the next big and bold ideas. He was loyal and selfless who lived his life giving others a chance to shine."

And finally, his brother Dean, or "Uncle Dean", shared the same passion for life and family as his brother.