In private meetings and coaching sessions over the past few weeks, top business leaders have been asking a version of the same question: How can we avoid becoming the next Walt Disney Co.?

The fallout from the recent political spat between Disney and Florida Gov. Ron DeSantis has alarmed leaders across the corporate sphere, according to executives and their advisers, and heightened the challenges for chief executive officers navigating charged topics.

At many companies, vocal employees have in recent years pushed bosses to take public stands on social and political issues. Florida's pushback against Disney has raised the stakes.

DESANTIS SPOKESPERSON: 'DISNEY WILL PAY ITS FAIR SHARE OF TAXES'

"The No. 1 concern CEOs have is, 'When should I speak out on public issues?' said Bill George, former chairman and CEO of Medtronic PLC and now a senior fellow at Harvard Business School. "As one CEO said to me, 'I want to speak out on social issues, but I don't want to get involved in politics.' Which I said under my breath, 'That's not possible.' "

Some executives might be relieved. The old idea that CEOs should focus on shareholder returns and stay out of politics lingers in some corporate suites, even in a politicized age of public social-media discussions and more activist workforces.

The newly painted Cinderella Castle at the Magic Kingdom at Walt Disney World is seen with the the crest to celebrate the 50th anniversary of the theme park Monday, Aug. 30, 2021, in Lake Buena Vista, Fla. Disney is fighting back against a move to re (AP Photo/John Raoux, File / AP Newsroom)

Certainly the consequences of weighing in appear to be changing. Lawmakers for years have expressed displeasure when companies take public stands on issues like voting access, through critical tweets, public remarks and, in some cases, calls for public boycotts. Disney's experience shows a willingness to go further, corporate advisers say, by challenging arrangements that have helped a company to operate.

Gov. DeSantis, a Republican, in April signed into law a bill that would terminate a special tax district that has allowed Disney to self-govern the land that houses its Orlando-area theme parks, hotels and resorts for more than a half-century. Questions remain about the law's impact on Disney and surrounding communities. Gov. DeSantis cited Disney's opposition to Florida's Parental Rights in Education bill, which was signed into law in March and which critics call the "Don't Say Gay" bill. He called Disney a "woke" corporation.

David Berger, a partner who specializes in corporate governance at law firm Wilson Sonsini Goodrich & Rosati, said politicians seem increasingly comfortable taking on business when it is advantageous for them.

"It used to be that Republicans especially -- but both parties -- liked big business," he said. "And now what you're seeing is both parties like to use big business as political footballs one way or the other."

Some executives say they have learned to monitor issues that could consume public attention and increase pressure for some response. Some use employee affinity groups to help flag potentially troublesome issues. 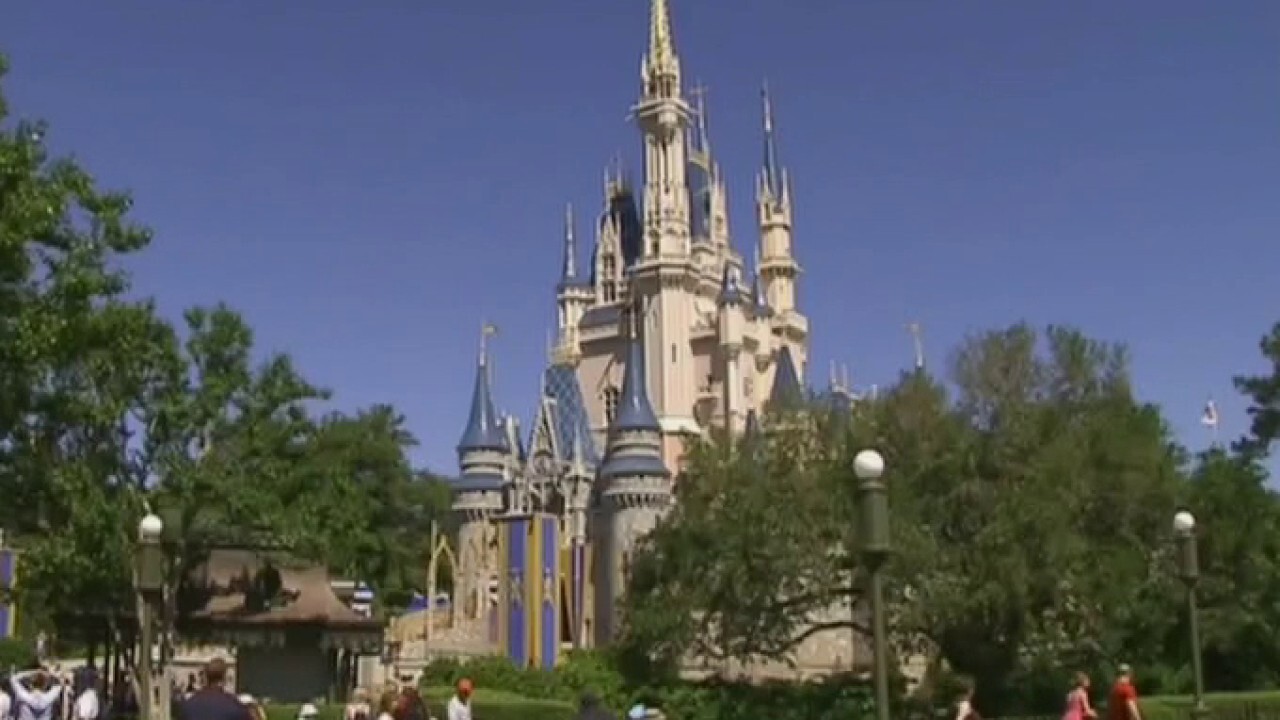 'Kennedy' panel weighs in as Florida's Gov. DeSantis ramps up battle against Disney.

"You make it a safe forum where people feel comfortable talking about concerns or whatever, and out of that, there's really a kind of responsibility on our part to pick up on things that really do demand some attention," said Nancy Langer, CEO of Transact Campus Inc., a financial technology company based near Phoenix. "I look at that as a feedback loop for us."

Some of the topics of employee pressure involve Republican-backed measures, such as the new abortion law in Texas and new voting laws. Democrats have pushed executives to weigh in, and Republicans have pushed them to keep out. Climate and diversity issues also are hot buttons, as is the Jan. 6, 2021 riot at the U.S. Capitol.

But Disney's recent experience in Florida has captured the attention of C-suite executives at companies big and small, given the impact on its operations, many say.

"I think probably anybody sitting in a leadership role follows it to some degree," said Julie Schertell, chief executive of Alpharetta, Ga.-based manufacturing company Neenah Inc., which has around 2,500 employees.

Ms. Schertell said the Disney drama reminds her as a CEO that she must look at situations from every angle. "Because I want folks to assume positive intent, like 'Here's what we're trying to do, and if it feels like a misstep, let's talk about that. And of course, correct on it,'" she said.

Staying silent has its own risks. Disney initially declined to take a public stance against the Florida bill, which bans classroom instruction on sexual orientation and gender identity through third grade. Disney CEO Bob Chapek told employees he didn't want the company to become a "political football." That sparked an outcry from some employees, and Disney reversed course and spoke out against the bill.

Washington veterans advise that building relationships with political leaders in advance, particularly in off-cycle election years, can be helpful during times of crisis. Ron Williams, the former chairman and chief executive of Aetna who sits on the boards of Boeing Co., Johnson & Johnson and American Express Co., said he counsels CEOs to find advisers who know how to navigate the political terrain.

"Companies often deal in substance, and politicians often deal with foils," he said. "And so, you know, companies can inadvertently become a foil for different political issues. It's not enough to know what you want to do. You have to be artful in how you do it."

Most current CEOs rose by gaining customers or boosting profit margins, not navigating hot-button social issues, and so aren't trained on how to respond, Harvard's Mr. George said. They must prepare quickly.

"It is an even more challenging job," Mr. Williams said. "Running the business turns out to be table stakes."