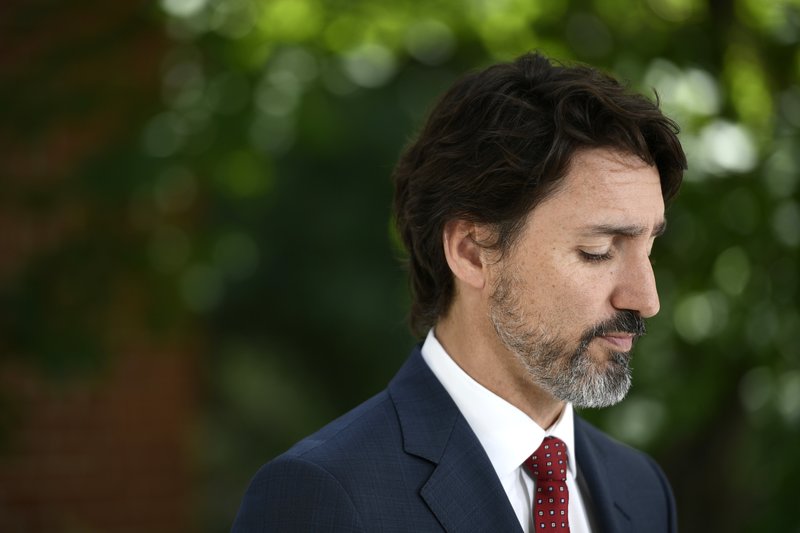 OTTAWA -- Canada and the United States are set to extend a ban on non-essential travel that was imposed to fight the coronavirus outbreak, although a final decision has not been taken, two Ottawa sources familiar with the matter said on Monday.

The ban, introduced in March, has been extended several times and is due to expire on July 21. The measure does not include trade.

MILLIONAIRES CALL FOR HIGHER TAXES FOR CORONAVIRUS RELIEF: 'IT IS THE ONLY CHOICE'

Infections have risen rapidly in about 40 of the 50 U.S. states over the last two weeks, according to a Reuters analysis, and the premiers of major Canadian provinces say the frontier must remain shut.

Although some U.S. politicians in northern states are pressing for the measures to be relaxed, the Ottawa sources said the extension was virtually inevitable given the seriousness of the crisis in the United States.

FILE YOUR TAXES, EVEN IF YOU CAN'T PAY

Prime Minister Justin Trudeau earlier told reporters talks between the two nations on the ban were continuing and said “We will have more to say later this week, I’m sure.”

Doug Ford, premier of Ontario, Canada’s most populous province, on Monday said the situation in Florida was “staggering” and “scary.”

The chief medical officer in the Pacific province of British Columbia said last week there was no chance of non-essential travel with the United States this summer, given how widespread the virus was south of the border.

Trudeau said on July 8 that Canada had handled the outbreak better than the United States, in a rare public comment on the faltering U.S. effort.

The United States, which has a population almost nine times larger than Canada’s, has recorded more than 135,000 deaths compared to 8,783 in Canada.

Trudeau also said he had talked to U.S. President Donald Trump earlier on Monday and reiterated his opposition to the possible imposition of tariffs on Canadian aluminum exports.