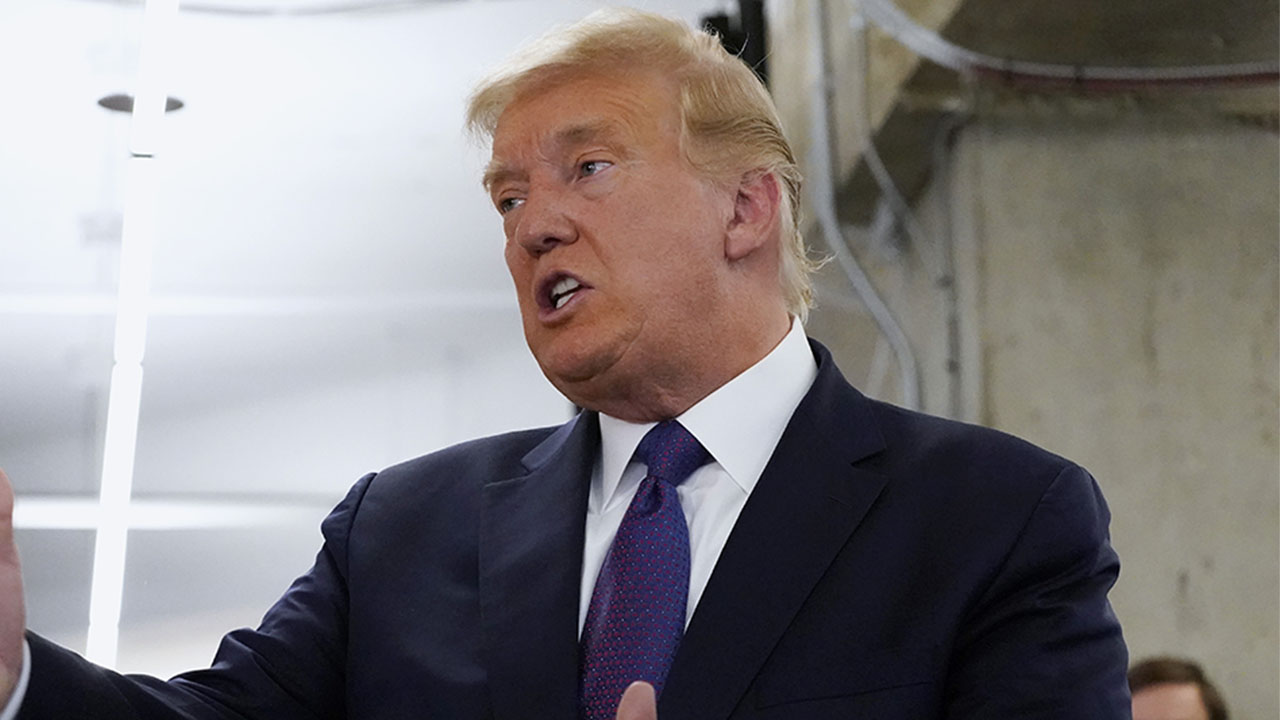 The move, first reported by Reuters, is aimed at curbing the threat to Americans posed by Chinese software applications, which have large user bases and access to sensitive data, a senior administration official told Reuters.

The order argues that the United States must take "aggressive action" against developers of Chinese software applications to protect national security.

It tasks the Commerce Department with defining which transactions will be banned under the directive within 45 days and targets Tencent Holdings Ltd's QQ Wallet and WeChat Pay as well.

Kingsoft said in a statement published by Chinese state media that it did not expect Trump's order to substantially impact the company's business in the short term. Ant and the Biden transition team declined to comment.

Alibaba, Tencent, CamScanner, SHAREit and the Chinese Embassy in Washington did not immediately respond to requests for comment.

Such data collection "would permit China to track the locations of federal employees and contractors, and build dossiers of personal information," the document adds.

The order aims to cement Trump's tough-on-China legacy before the Jan. 20 inauguration of Biden, a Democrat, who has said little about how he plans to address specific tech threats from China.

Biden could, however, revoke the order on the first day of his presidency, though his transition team did not immediately respond to a request for comment on the matter.

The order will likely ratchet up tensions further between Washington and Beijing, which have been locked in a bitter dispute over the origins of the coronavirus and a Chinese crackdown on Hong Kong.

Despite the 45-day time line laid out by the order, the Commerce Department plans to act before Jan. 20 to identify prohibited transactions, another U.S. official told Reuters.

Had those orders gone into effect, they would have effectively banned the Chinese apps' use in the United States and barred Apple Inc and Alphabet Inc's app stores from offering them for download for new users.

The restrictions, however, were blocked by courts mainly on freedom of speech grounds. The White House is confident the new restrictions will stand up to judicial scrutiny, since applications like Alipay would struggle to bring a First Amendment case, the senior administration official told Reuters.

U.S. Secretary of Commerce Wilbur Ross said in a statement that he supports Trump's "commitment to protecting the privacy and security of Americans from threats posed by the Chinese Communist Party."

Alipay has been in Washington's cross hairs for months.

CHINA WARNS OF RETALIATION FOR NYSE'S DELISTING OF COMPANIES

Reuters reported in November that the U.S. State Department had submitted a proposal to add Ant Group to a trade blacklist in order to deter U.S. investors from taking part in its lucrative initial public offering. But the Commerce Department, which oversees the blacklist, shelved the proposal after Alibaba Group Holding Inc President Michael Evans urged Ross to reject the bid.

Tuesday's move is the latest in a raft of tough new curbs on Chinese companies.