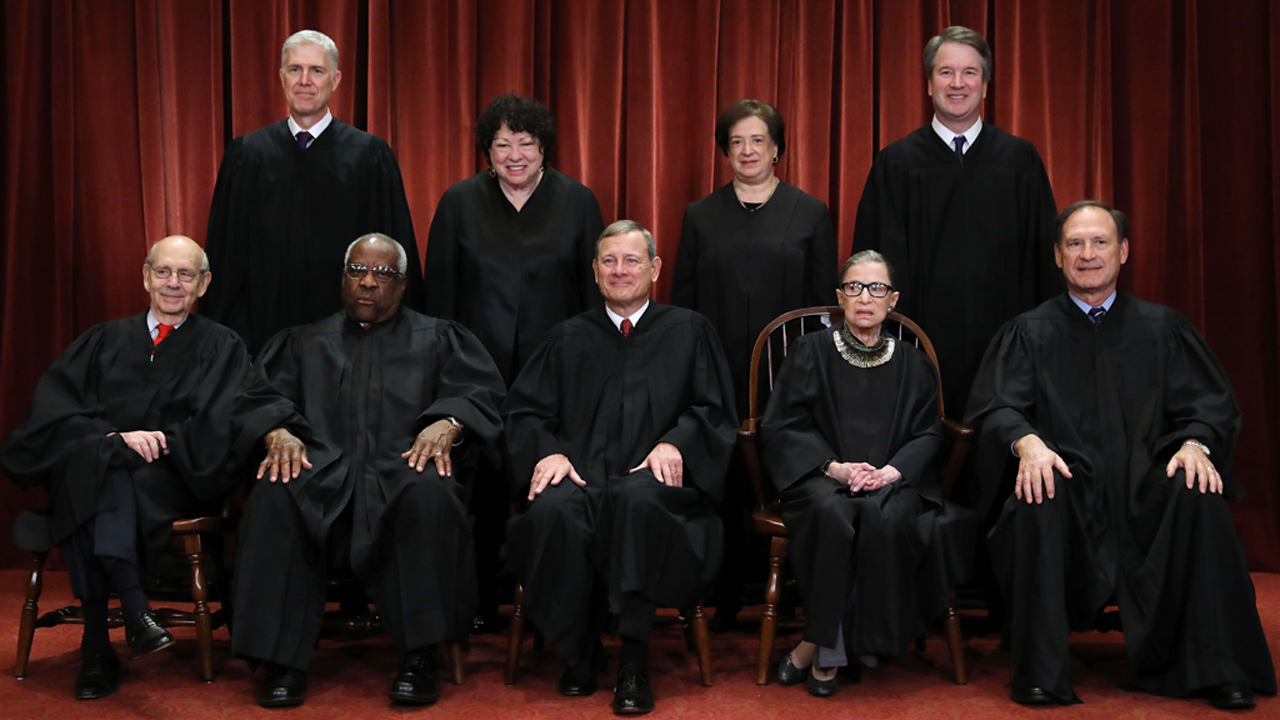 The Supreme Court on Tuesday ruled that generic names, which are not usually allowed to be trademarked, can be registered by a business in the form of a URL if that URL is recognizable to consumers as being associated with a certain company.

The ruling comes after a dispute dating back to 2011 between the Booking.com, a company that provides travel services, and the U.S. Patent and Trademark Office (PTO) over whether "Booking.com" can be trademarked. "Booking" is a generic term, but Booking.com argued that because ".com" is added to the end of its name and consumers generally recognize Booking.com as a specific company that provides travel services, it should be allowed to trademark the name.

The Supreme Court agreed in an 8-1 ruling, with an opinion authored by Justice Ruth Bader Ginsburg that underscores how awkward American law in general, and trademark law specifically, has been in adapting to the Internet era.

"A term styled 'generic.com is a generic name for a class of goods or services only if the term has that meaning to consumers," she wrote.

She added: "Thus, if 'Booking.com' were generic, we might expect consumers to understand Travelocity — another such service — to be a 'Booking.com.' We might similarly expect that a consumer, searching for a trusted source of online hotel-reservation services, could ask a frequent traveler to name her favorite 'Booking.com' provider."

The Booking.com case was notable in another way — it was the first case in which oral arguments were streamed live online as the court met remotely because of the coronavirus pandemic. Perhaps due to the more structured format, necessitated by the fact lawyers could not pick up on social cues from justices who during in-person arguments are known for interrupting counsel with rapid-fire questions, the remote setup drew Justice Clarence Thomas to ask his first question during oral arguments since 2019 and third in over a decade.

"Could Booking acquire an 800 number that's a vanity number, 1-800-booking for example, that is similar to 1-800-plumbing, which is a registered mark?" Thomas asked the U.S. government's lawyer, Erica Ross, as court-watchers sat on the edge of their seats wondering if he would speak.

Ginsburg, in her opinion released Tuesday, also noted that Internet domain names are unique and therefore it is only possible for one "Booking.com" to exist online.

"The dissent endorses that proposition: 'Generic.com' conveys that the generic good or service is offered online 'and nothing more,'" she wrote, referencing the dissent written by Justice Stephen Breyer.

"That premise is faulty," Ginsburg said. "A 'generic.com' term might also convey to consumers a source-identifying characteristic: an association with a particular website. As the PTO and the dissent elsewhere acknowledge, only one entity can occupy a particular Internet domain name at a time, so '[a] consumer who is familiar with that aspect of the domain-name system can infer that BOOKING.COM refers to some specific entity.'"

The Supreme Court's ruling did not completely bar the possibility that some "Generic.com" could be considered a generic term, and therefore be ineligible for a trademark in the future. But in trademark law the consumer is king, and Ginsburg said that the justices had no reason to doubt the lower court findings that Booking.com, which for years has placed ubiquitous television ads, is a distinguishable name to the general public.

US HOME PRICES INCREASE 4% IN APRIL

"A compound of generic elements," such as a generic term with ".com," Ginsburg wrote, "is generic if the combination yields no additional meaning to consumers capable of distinguishing the goods or services."

Breyer's dissent advocated for a more traditional approach to trademark law, citing precedent "that designations such as 'Company,' 'Corp.,' and 'Inc.' merely indicate corporate form and therefore do nothing to distinguish one firm’s goods or services from all others."

Therefore, he said, a generic term plus a designation like ".com" according to the law, means "the whole is necessarily no greater than the sum of its parts."

Breyer also warned that Tuesday's ruling could create chaos in the online age.

"By making such terms eligible for trademark protection, I fear that today's decision will lead to a proliferation of 'generic.com' marks, granting their owners a monopoly over a zone of useful, easy-to-remember domains," he said. "This result would tend to inhibit, rather than to promote, free competition in online commerce."