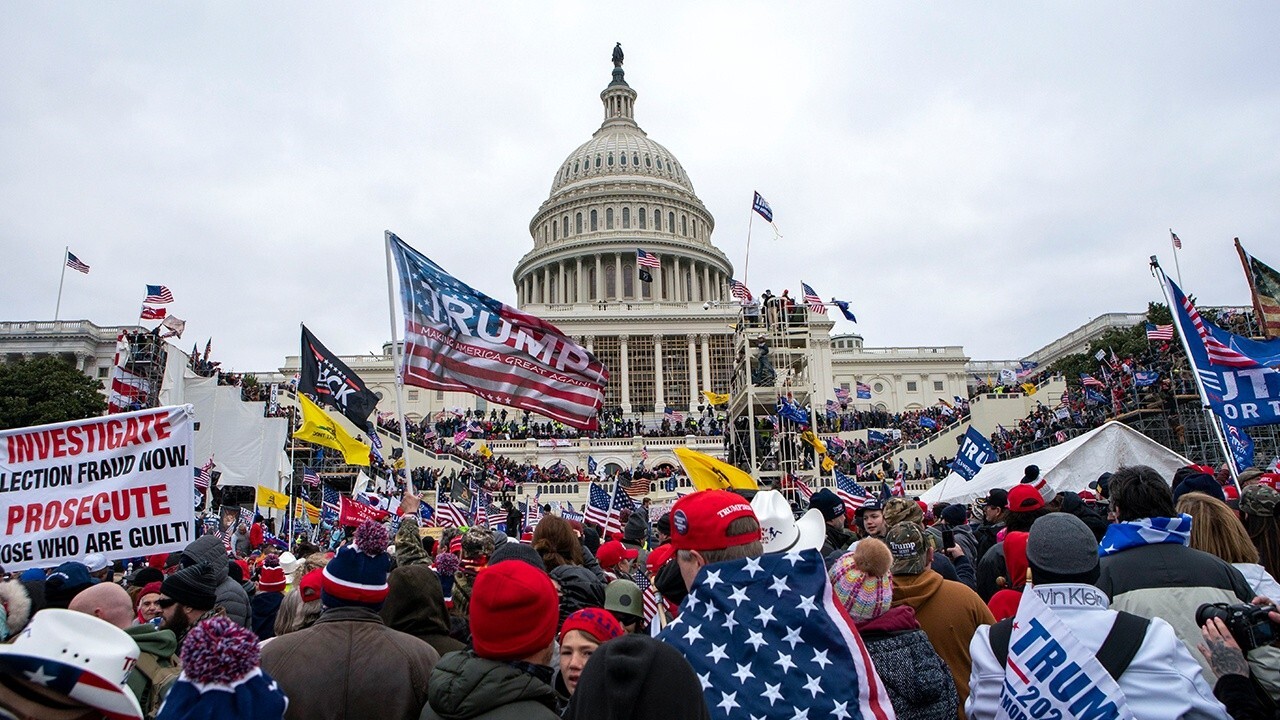 Facebook is urging employees to avoid wearing or carrying company-branded clothing and other items in public after the social media platform suspended President Trump's account, according to an internal memo.

"In light of recent events, and to err on the side of caution, global security is encouraging everyone to avoid wearing or carrying Facebook-branded items at this time," the memo, obtained by The Information, said.

Facebook CEO Mark Zuckerberg announced on Thursday that President Trump would be banned from the social media platform for at least two weeks after Trump told supporters who stormed the Capitol to “go home,” but fell short of outright condemning their actions. In addition, Trump repeated his unsubstantiated claim that he won the 2020 presidential election in a landslide.

"We believe the risks of allowing the President to continue to use our service during this period are simply too great." Zuckerberg wrote. "Therefore, we are extending the block we have placed on his Facebook and Instagram accounts indefinitely and for at least the next two weeks until the peaceful transition of power is complete."

Zuckerberg also removed the video from the platform, citing its potential to "provoke further violence." In addition, Facebook has started removing content containing the phrase “stop the steal” ahead of President-elect Joe Biden's inauguration on Jan. 20.

Facebook isn't the only platform to take action against the president.

Fox News learned about an internal FBI memo last week that warned officials about plans for armed protests in all 50 state capital cities. A law enforcement source said the protests could be staged before, on or after Inauguration Day.

In addition, Congressman Jason Crow, D-Colo., has requested a review of troops to ensure that members deployed to the inauguration are not "sympathetic to domestic terrorists" after Army Secretary Ryan McCarthy said the Department of Defense is "aware of further possible threats posed by would-be terrorists in the days up to and including Inauguration Day."

McCarthy has agreed to take additional measures and noted that he is willing to publicly testify on the events leading up to and after the Capitol riot as well as security preparations for the inauguration.

The riot at the Capitol resulted in five deaths, including a Capitol Police officer and an Air Force veteran who was shot inside the building, and at least 70 arrests. The Justice Department has charged more than a dozen people involved in the riots, and dozens more have been charged in Superior Court in Washington with unlawful entry, curfew violations and firearms-related crimes.