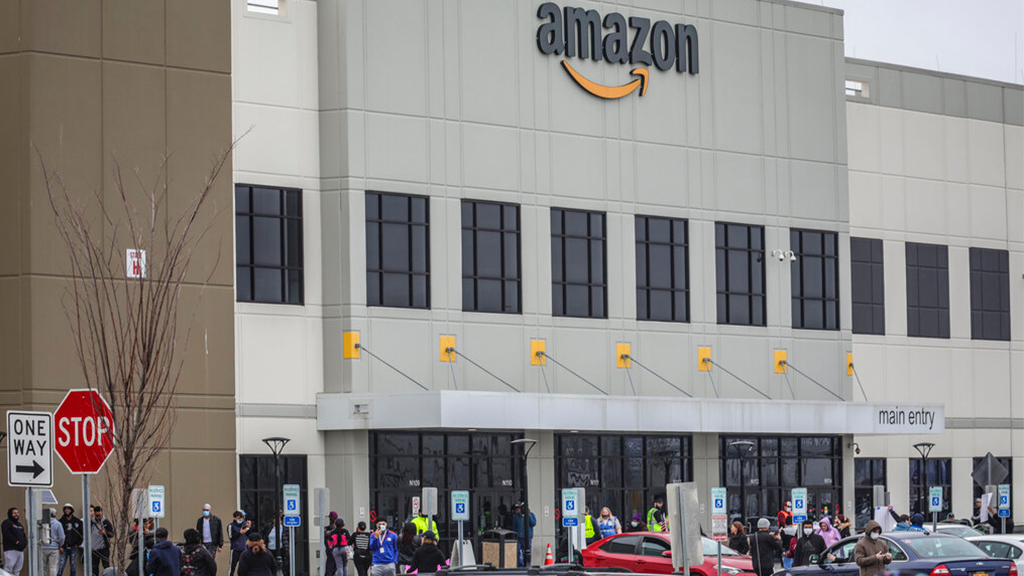 A Texas man who was present during the January riot at the U.S. Capitol pleaded guilty Wednesday to plotting to attack an Amazon data center in Virginia he believed provided services to the federal government, federal authorities said.

Seth Aaron Pendley, 28, was arrested in April while trying to purchase an explosive device from an undercover FBI agent in Fort Worth. He discussed his plan to attack an Amazon Web Services data center in Ashburn, Va., with a confidential source in January on an encrypted messaging application, according to court documents.

In conversations with the source, Pendley said he planned to attack the servers and that his goal was to overthrow "the oligarchy" in the United States, authorities said. FOX Business has reached out to Amazon but has not heard back.

AMAZON WORKERS IN ALABAMA VOTE AGAINST FORMING A UNION

"Due in large part to the meticulous work of the FBI’s undercover agents, the Justice Department was able to expose Mr. Pendley’s twisted plot and apprehend the defendant before he was able to inflict any real harm," said Acting U.S. Attorney Prerak Shah. "We may never know how many tech workers’ lives were saved through this operation – and we’re grateful we never had to find out."

A Texas man who was present during the January riot at the U.S. Capitol pleaded guilty Wednesday to plotting to attack an Amazon data center in Virginia he believed provided services to the federal government, federal authorities said. (INA FASSBENDE

In February, Pendley showed the source a list of Amazon data centers, saying he hoped a successful attack could "kill off about 70% of the internet." When the source offered to obtain C4 explosives for Pendley to use, he replied: "F*** yeah," authorities said.

The source introduced Pendley to someone claiming to be an explosives supplier in March. The person was actually an undercover FBI employee. During the meeting, Pendley said he painted his car in an effort to disguise it for use in the planned attack.

He said he planned to attack web servers he believed provided services to the CIA, FBI and other federal agencies.

"The main objective is to f*** up the Amazon servers," he said during recorded conversations, the Justice Department said. "There's 24 buildings that all this data runs through in America. Three of them are right next to each other, and those 24 run 70 percent of the internet. And the government, especially the higher ups, CIA, FBI special sh**, they have like an 8 billion dollar a year contract with Amazon to run their servers."

He added that he hoped to anger "the oligarchy" enough to provoke a reaction that would convince the American people to take action against what he perceived to be a "dictatorship," authorities said.

During a conversation with the FBI agent, Pendley said he was present at the Jan. 6 riot at the Capitol in Washington D.C. He said he never went inside. He brought an AR rifle with him to Washington but left it in his car.

On April 8, he allegedly met up with the undercover FBI agent to pick up explosives. The devices were inert. After he was shown how to arm and detonate them, he loaded them into his car. He was arrested soon after.

A search of his Wichita Falls home turned up a sawed-off AR-15 receiver, a pistol painted to look like a toy gun, masks, wigs, and notes and flashcards related to the planned attack.