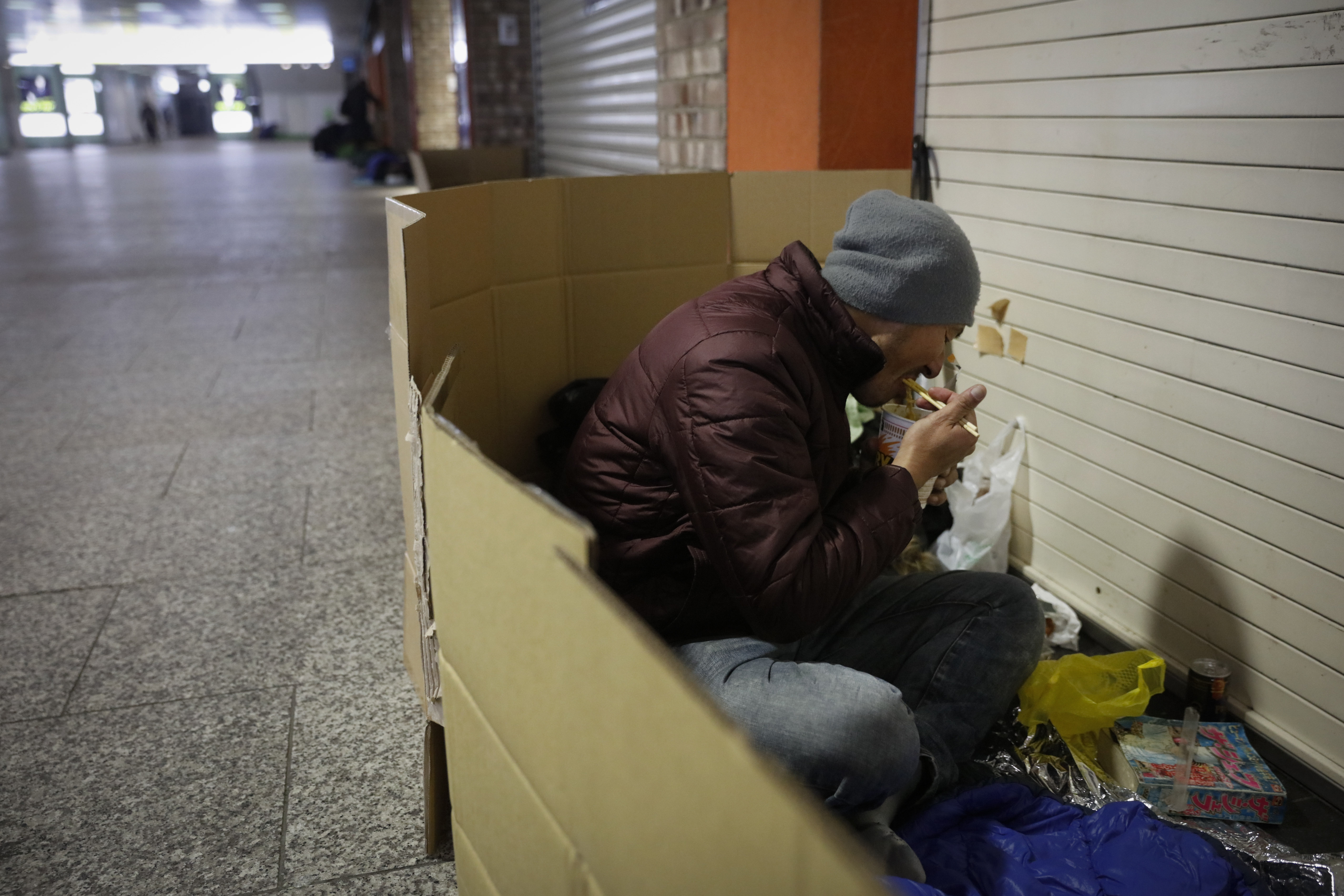 TOKYO — A group representing the homeless is asking to use the Athletes Village for next year's Tokyo Olympics as a shelter during the coronavirus pandemic.

An online petition addressed to Tokyo Olympic organizers and the city government has drawn tens of thousands of signatures for permission to occupy the massive housing complex going up alongside Tokyo Bay.

The village was to be home to 11,000 Olympic athletes and 4,400 Paralympic athletes. It is largely complete and empty with the Olympic opening postponed by the virus outbreak until July 23, 2021.

In this March 23, 2020, file photo, a guard stands in front of apartment buildings at the athletes' village for the Tokyo 2020 Olympics in Tokyo. (AP Photo/Jae C. Hong, File)

CORONAVIRUS PROMPTS OLYMPICS DELAY: WHO PAYS BILLS FOR ANOTHER YEAR?

“We don’t know how long this downturn will last, and so we have to change how we think," Ren Ohnishi, chairperson of the Moyai Support Center for Independent Living, told Associated Press. “That includes how we work, how we deal with housing, how we give aid to those who need it.”

Tokyo Olympics organizers declined comment, and the Tokyo metropolitan government also had no immediate comment on the petition. Organizers said it's unclear when the petition will be submitted.

The petition reads in part: “If the outbreak continues for some time, many people may fall into poverty or lose their homes."

The homeless in Tokyo living on the streets total about 1,000 people. Another 4,000 are estimated to be staying at so-called “net cafes,” — numbering about 500 — that offer net access and cubicles to spend the night, according to a Tokyo city government study.

In this file photo, a homeless man eats his late dinner in a cardboard box at Shinjuku Station, in Tokyo. (AP Photo/Jae C. Hong, File)

NO OLYMPIC VILLAGE IN 2021? ATHLETES’ HOMES ARE ALREADY SOLD

Many net cafes were shut after the government asked businesses where the coronavirus might spread to voluntarily close.

The city government as prepared about 500 rooms at hotels for those who are no longer able to stay at the net cafes, and more are being readied if needs grow, city official Kazuo Hatananaka said.

Experts say homeless communities may worsen the pandemic’s spread because of the inability to practice social distancing.

“Society needs to grow more inclusive or else the outbreak will spread," Ohnishi said. “Our society is being tested. In Japan, many people still blame the poor as causing their own plight.”

Although Tokyo appears orderly and prosperous, the city has an underclass of homeless. They can be seen alongside rivers, under railway tracks and tucked into parks. Communities of the homeless have sprung up, many living out of cardboard boxes.

Nearly 16% of Japanese people fall below the poverty rate with annual income below the cutoff of 1.2 million yen ($11,000), according to 2017 Japanese government data. The poverty rate for single-adult households with children is higher at 51%.

The unraveling of extended family support networks and job insecurity have left many in Japan vulnerable to setbacks that can lead to homelessness. Japan’s culture of conformity also leaves many ashamed to seek help.

The Athletes Village complex is a joint real-estate venture involving major developers and the city of Tokyo. It will eventually have 24 buildings, including upscale condominiums that are priced at more than $1 million. Some units have been on sale with occupancy planned after the Olympics close.

Japan has more than 9,000 reported cases of the coronavirus with about 200 deaths, according to Johns Hopkins University. Tokyo’s daily reports of cases have climbed to more than 100 in recent weeks, and worries are growing hospitals will run out of beds.

The coronavirus causes mild or moderate symptoms for most people and can include a fever, coughing and mild pneumonia. But those who don’t have severe symptoms have added to the problem by unintentionally spreading the sickness. Worldwide cases have surged to more than 2 million people.

Japan declared a “state of emergency,” initially centered around Tokyo and six other urban regions. This week it was expanded nationwide.

Tokyo Governor Yuriko Koike has mentioned using the village complex to house those under quarantine or patients that don’t require intensive care in hospitals. But the city has bought hotel space and secured other housing, such as prefabricated homes built for security during the Olympics, for such use.