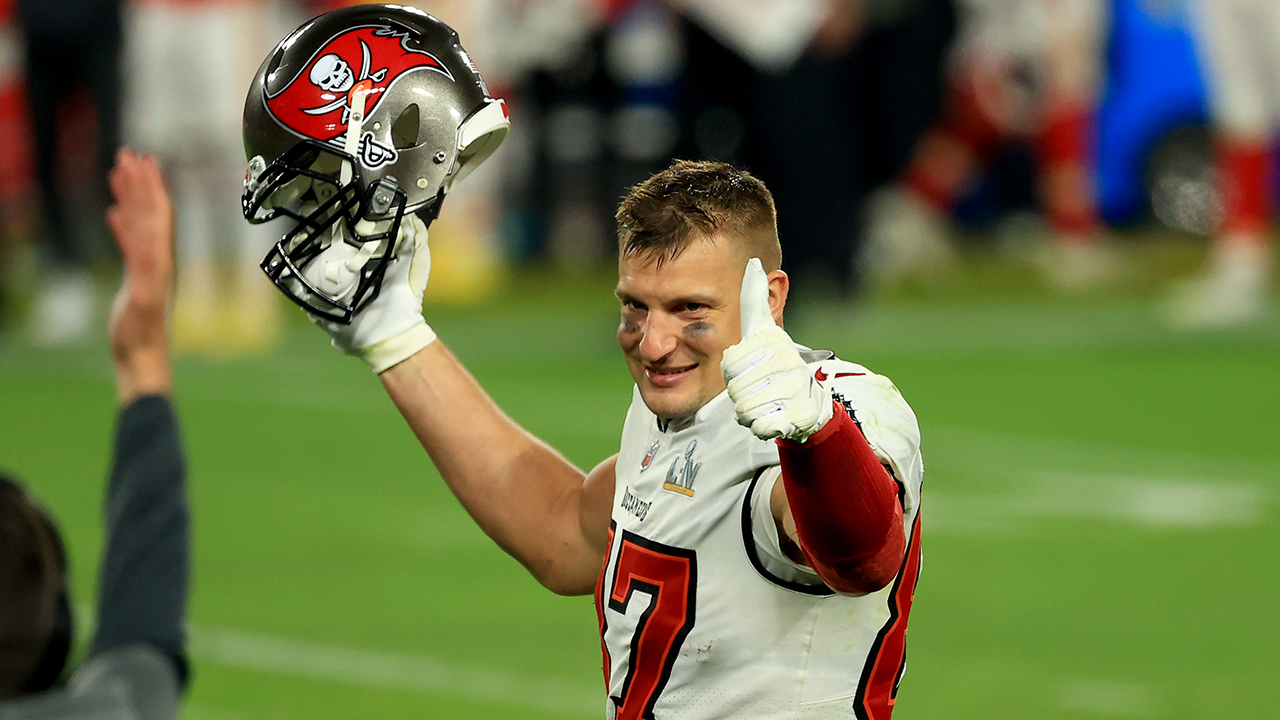 Rob Gronkowski is getting into the non-fungible token (NFT) game.

The Tampa Bay Buccaneers tight end will be the first pro athlete to offer their own NFTs. The NFL star will offer fans a chance to buy his virtual trading cards. None of the cards Gronkowski will offer will feature any of the team names or logos which he played for during his career.

“I think having digital trading cards now is just gonna be unique and it's gonna blow it out of the water. Actual trading cards, I think will always be there, but I think it's leading towards a way where everything's digital,” Gronkowski told TMZ Sports on Tuesday.

The website explained more in detail what Gronkowski will be offering.

“Each card is a unique piece of memorabilia digitally hand-signed and numbered by GRONK. Limited to just 87 editions of each card, each edition will be minted on the blockchain and the series will never be replicated. In addition, the crown jewel of The Rob Gronkowski Championship Series NFT Collection will be a rare 1-of-1 Rob Gronkowski Career Highlight Refractor Card.”

Fans interested in owning the NFT can bid on Thursday starting at 7 p.m. EST on OpenSea.io. The bidding closes Saturday at 7 p.m. ET.