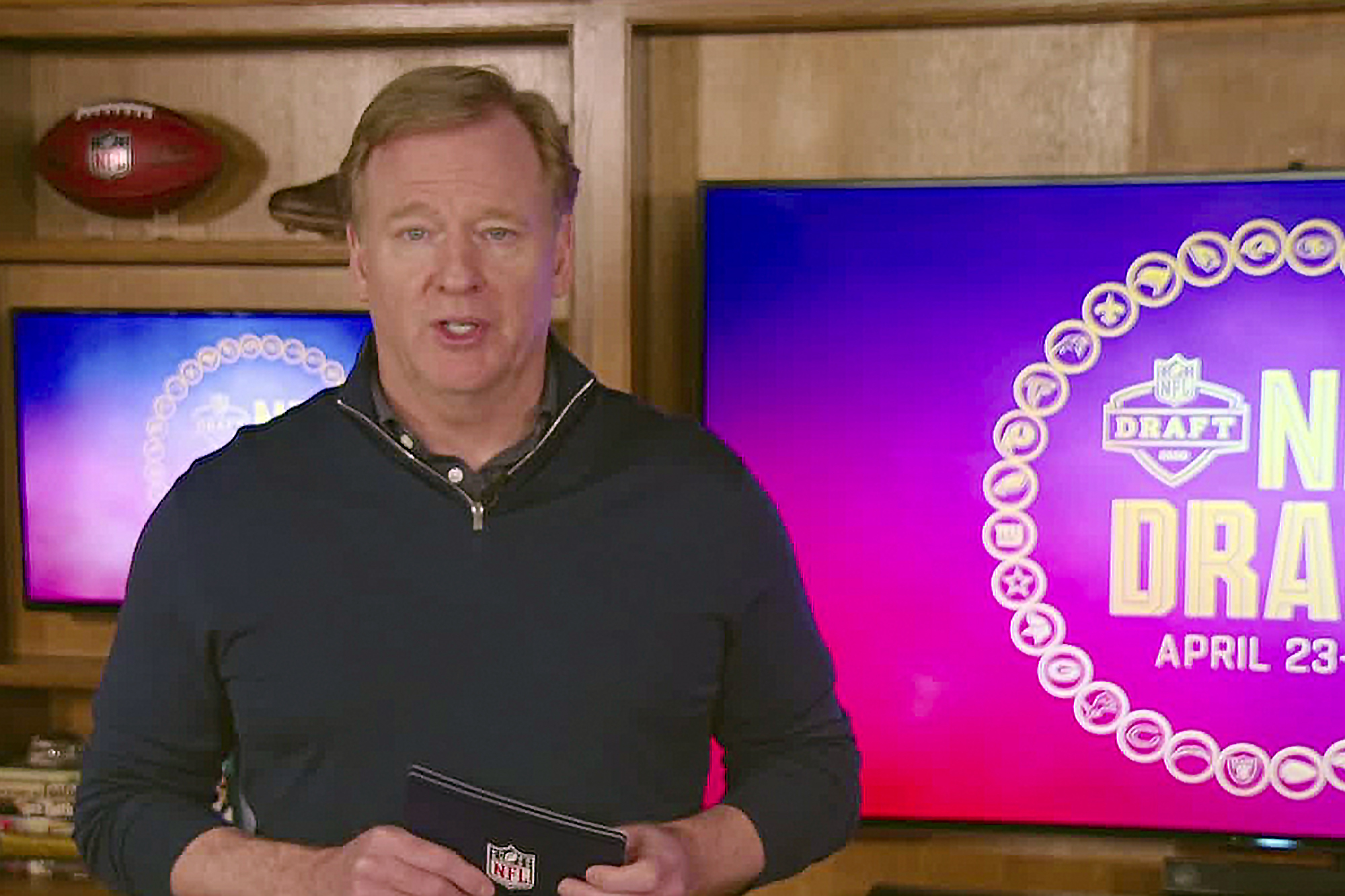 Seth Markman was just as nervous as NFL coaches and general managers about the unknown factors involved with a virtual draft. But the ESPN executive producer said he was overwhelmed with how everything came together over the three days.

It also ended up being must-see TV as the first significant live sporting event since the coronavirus pandemic ground everything to a halt. The draft averaged a record 8.4 million viewers over all three days, according to the NFL and Nielsen. The previous high was 6.2 million last year.

“I thought a coach or general manager might put a towel on the camera or point it another direction, but there were zero issues," Markman said. “There were a couple times that we lost a feed or two, but it quickly came back.”

After early concerns about how the NFL could conduct a virtual draft, everyone appeared to end up having fun with it. Coaches and general managers embraced their children or spouses being on camera and draft picks got to watch from home comfortably instead of waiting in a green room.

Even normally stodgy New England coach Bill Belichick got into the spirit of things by giving his dog, an Alaskan Klee Kai named Nike, some television time.

“I thought coaches and general managers were going to lock themselves in a room and it was the opposite. Every time I looked up there was more family around,” Markman said. "I think it speaks to the coaches that when this is done, they can remember it is OK not to be in the office at all times.”

Miami coach Brian Flores, who was shown celebrating picks with sons Miles and Maxwell in his office, said it was important for fans to see another side of him.

“When I think about being a coach, you want to help players become good players but good people, good husbands, good fathers, good sons; and I think we, as coaches, need to be good examples of that,” said Flores, whose young daughter, Liliana, at times sat on his lap. "I think that was evident. It was nice to see everyone’s families.”