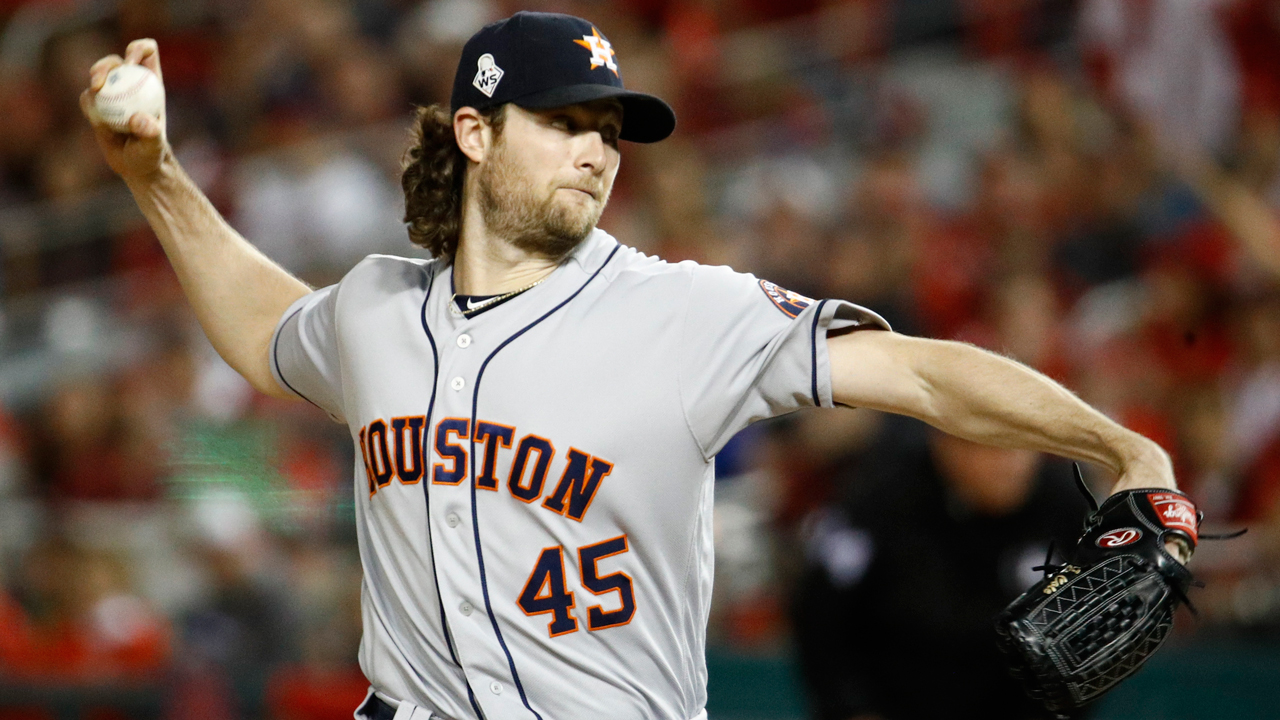 Free-agent pitcher Gerrit Cole was already poised for a record contract this offseason, but the number might be astronomical compared to what the Washington Nationals gave Stephen Strasburg.

Cole's potential record-breaking contract could see him earn more than $300 million, according to the New York Post. The former Houston Astros ace could reportedly get a contract worth $324 million over nine years which would earn him about $36 million annually.

The New York Yankees, Los Angeles Dodgers and Los Angeles Angels are seen as the front-runners to sign Cole. He is reportedly expected to sign a deal with a team before this week's Winter Meetings come to an end. New York is already looking to trade pitcher J.A. Happ to help soften the blow the team would take, according to the New York Post.

Cole's figure is expected to be much higher than Strasburg's seven-year, $245 million deal for a few reasons. Cole has relatively been healthy his entire career while Strasburg needed Tommy John surgery during the early part of his career. Cole is also two years younger than Strasburg. He is 29 years old.