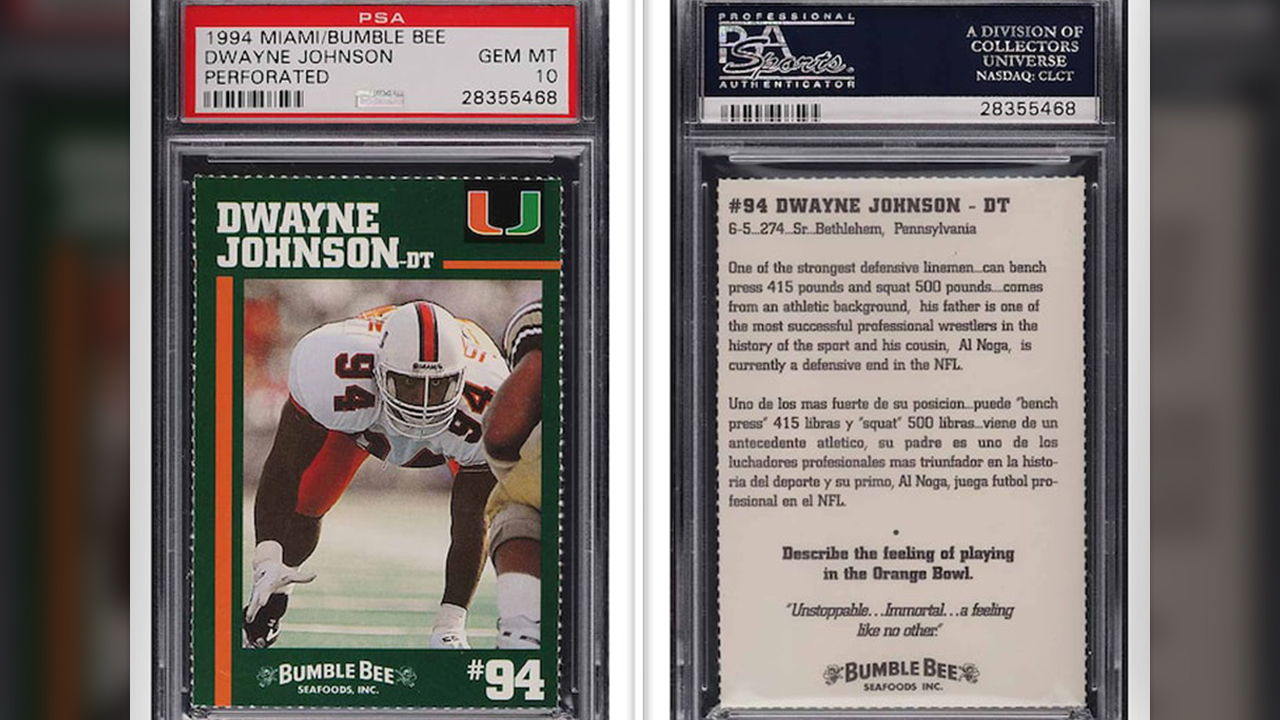 Before Dwayne “The Rock” Johnson became the most electrifying man in sports entertainment, he played college football at the University of Miami.

During the 1994 season, Bumble Bee tuna company produced a set of cards featuring many of Miami’s football players, including Johnson, Ray Lewis, and Warren Sapp. At an auction on Wednesday night, Johnson had one of his ultra-rare cards sell for $13,988 by PWCC Auctions.

The card was graded a Gem Mint 10 by PSA.

According to TMZ Sports, the 24-card sheets were passed out at the Orange Bowl that season, and since it was a rainy day, most of the people didn’t save the cards. There was a report that there are fewer than 50 cards of the Johnson cards that exist today.

Back in 2014, a similar Johnson card sold for $4,228, according to TMZ Sports. The card that sold on Wednesday night obviously made a huge jump since the last one sold six years ago.

Johnson played defensive tackle for Miami and he was a part of the national championship team in 1991.