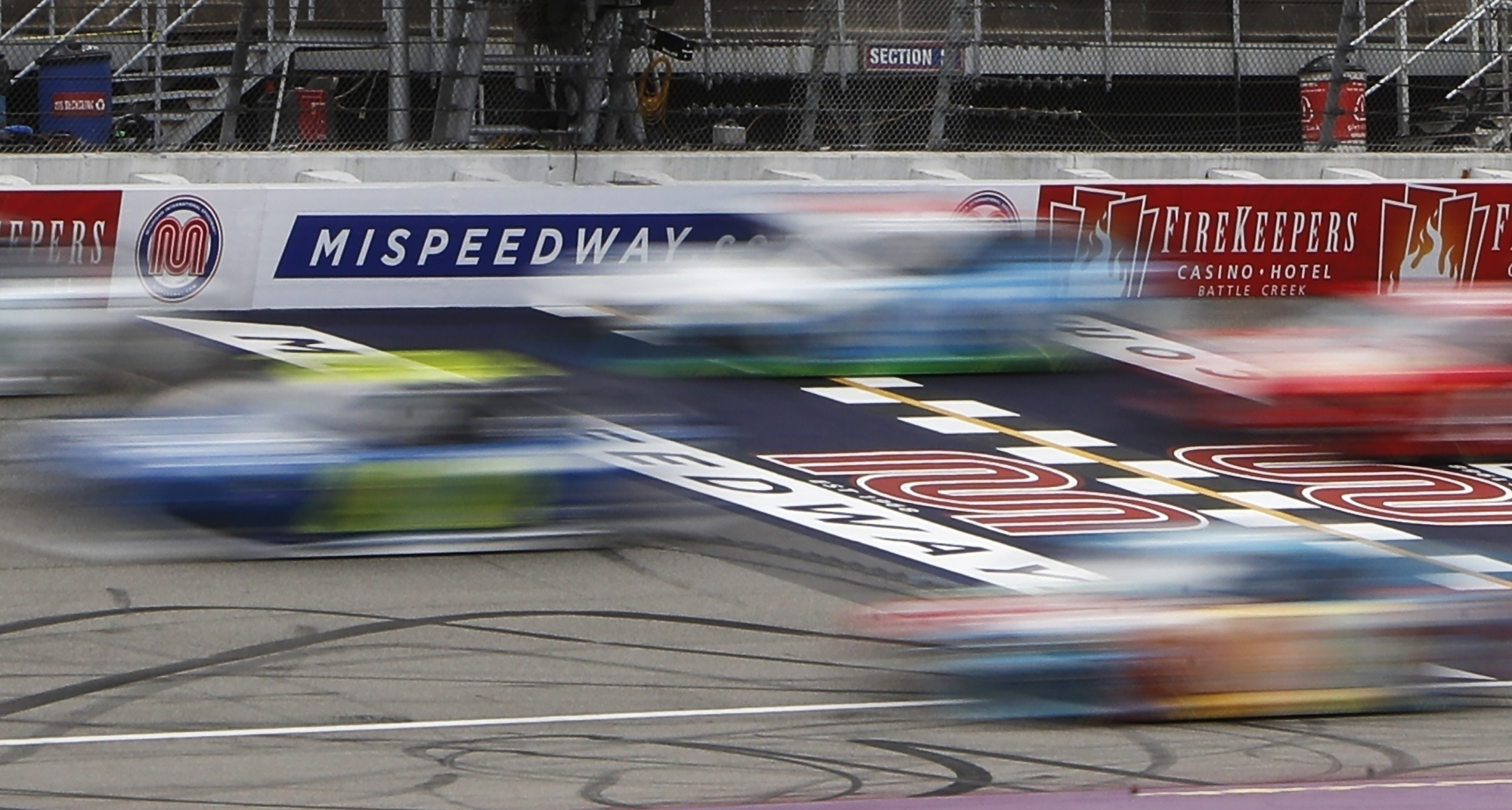 DOVER, Del. — The moment in the virtual sun has arrived for simulated racing and the thousands of gamers who always wanted to race like Dale Earnhardt Jr. or Jeff Gordon at NASCAR tracks from Dover to Daytona.

Sports fans discovered over the last few weeks on national TV a not-so-hidden secret in the racing community: the NASCAR champs and IndyCar drivers wanted to compete like their fans — to hook up a simulator rig, grab a wheel and go head-to-virtual head with the best in the field without risking a real slam into the wall at more than 200 mph (321.87 kph).

The races have set viewing records, filling the yawning gaps in sports programming and helping make iRacing, headquartered in Chelmsford, Massachusetts, a breakout company during the coronavirus pandemic.

“I don’t think anyone wants a pandemic as the reason why all of a sudden you’re extremely successful,” iRacing executive Steve Myers said. “The only reason why we’ve been able to do this is because we’ve put 16 years' worth of work and time into making this platform capable of doing this. It’s been massively successful for us to put these races on.”

The real hope is the iRacing boon can be sustained without Cup drivers to prop up the series.

With NASCAR set to return May 17, the iRacing Pro Invitational Series will likely go away. The NASCAR-backed iRacing Series, featuring the best sim racers in the field, will continue to run on digital platforms; six races will air on NBCSN during the series’ playoffs. The last race on Fox in the Pro series is scheduled for May 9.

NASCAR's online competition has been the clear winner among other sports — such as tennis —- that have dabbled in virtual gaming during the shutdown.

At Dover International Speedway, the finishing touches should have been applied this week, the sponsor signage added, everything spruced up for what would have been a NASCAR Cup Series race Sunday.

Mike Tatoian, president and CEO of Dover International Speedway, walks near the finish line while waiting for a news conference at the track, Monday, April 27, 2020, in Dover, Del. (AP Photo/Matt Slocum)

Instead, NASCAR drivers will spend the day on those simulators at virtual Dover. Blake Shelton is the grand marshal for the track that has been in the sim company’s bank for years, and David Hasselhoff will sing the national anthem. Hendrick Motorsports driver William Byron is the favorite for the fourth straight erace. There’s no chance of rain.

The real stars of iRacing are the 3D car artists, software programmers and engineers - in NASCAR parlance, the team back at the shop.

They visit tracks with laser scanners on tripods to capture in perfect detail every bump, curve, crack and painted line in a digital point cloud. The crew takes up to 10,000 pictures of, not just of the track, but any grandstands, bridges or other structures in the distance connected to the property. It can take four to six months from first photos to simulated finish.

There are 98 licensed tracks across IMSA, World of Outlaws, USAC and other notable racing series and more than 2.85 billion iRacing laps have been turned since 2008.

“We’ve always had a commitment to authenticity at all costs,” said Greg Hill, who leads the art and production teams at iRacing. "That’s a lot of hard work. In some ways, it puts you in a niche, but as we’ve found with this COVID-19, having had that commitment to authenticity has led to outfits like NASCAR and all these drivers going to us and bringing us this attention.”

NASCAR TO CONTINUE BUT WITHOUT FANS

The numbers — even some real-life bumps, like Kyle Larson's racial slur that cost him his NASCAR ride — bear it out: iRacing, formed in 2004, has added roughly 70,000 subscribers (at up to $55 per year) over the course of the pandemic and become a ratings hit on the weekends. Fox Sports says five pro events -- keyed by the star power of today’s top Cup drivers and retired greats -- have averaged 1.135 million viewers, topped by 1.53 million for the Texas virtual race.

“Our theory was always, if the racers like it and they find it useful, then the rest of the general public that enjoys this sport is going to enjoy it as well,” Myers said.

Gaming, of course, and social platforms have been a major accessory during the pandemic. Games like Fortnite, once a nuisance to parents, are now de-facto babysitters. Twitch recently reported a 17% increase in hours watched compared to the previous quarter. YouTube Gaming and Facebook Gaming also saw spikes in streaming traffic in the first quarter of this year.

TimTheTatman, DrLupo and Ninja (ask your kids) are this generation’s Michael Jordan and Tiger Woods.

Simulated drivers haven't seen their Q score peak just yet — perhaps they should try dodging turtle shells or dodge a thunderbolt — but the question is often raised: Is iRacing a video game?

“People get so hung up on the term simulation vs. a video game,” Myers said with a laugh. “I like to say, we are what you want it to be.”

Whatever the genre, it’s entertainment for fans across the globe to race like their favorite drivers at tracks they may never visit or have always wanted to tame.

The checkered flag is nearing for the weekly national exposure that put iRacing on the real world sports map.

“I’m not joking when I say that the only day off we’ve had since this started was Easter,” Myers said. “It probably won’t register what we’ve done and accomplished until we get a couple weeks down the road here, NASCAR is back on TV and we can sit back and be fans again.”

Fox Corp. is the parent company of Fox Sports and FOX Business.