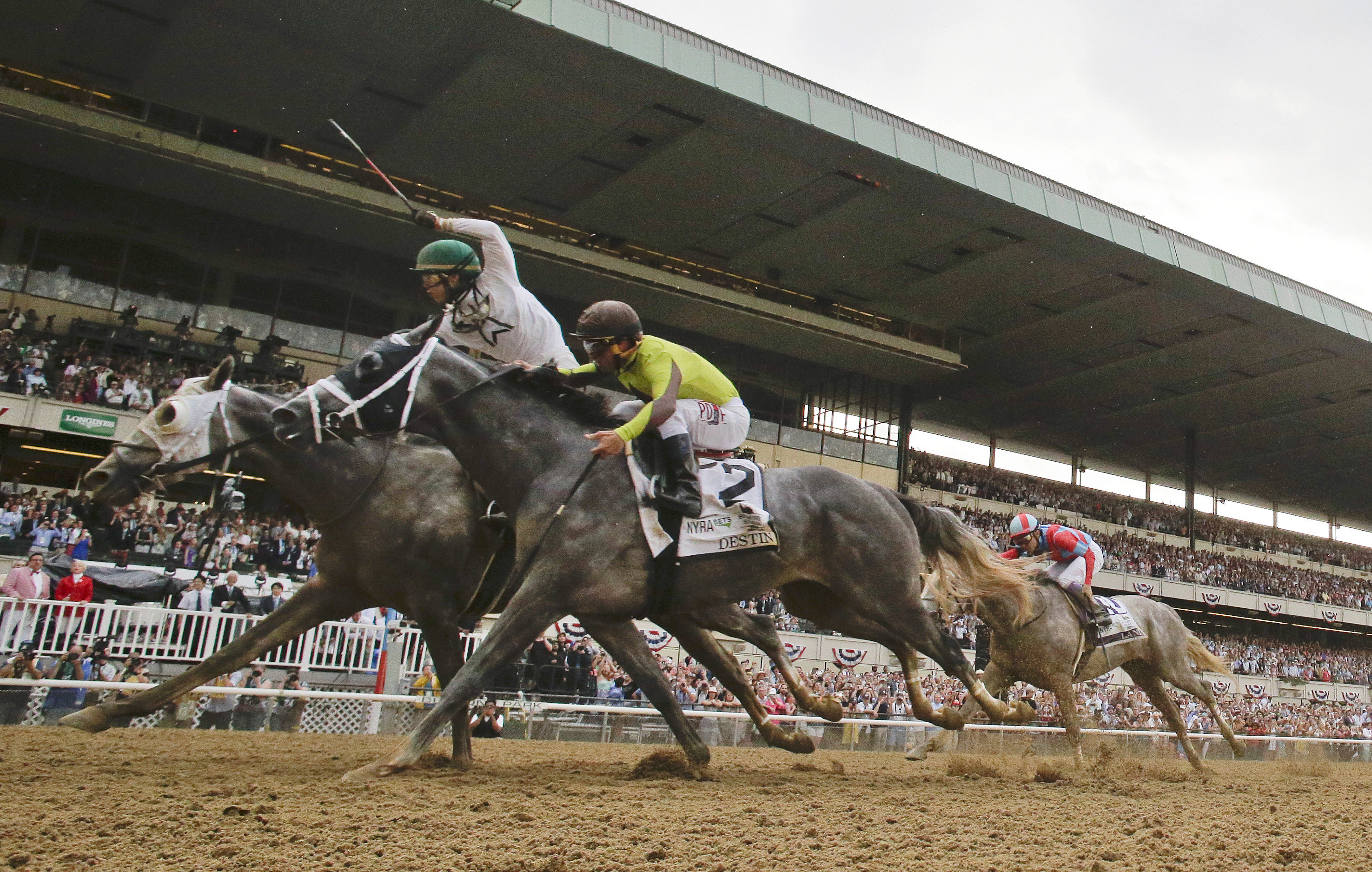 The Belmont Stakes will be run June 20 in New York without fans and serve as the opening leg of horse racing's Triple Crown for the first time in the sport's history.

The New York Racing Association on Tuesday unveiled the rescheduled date for the Belmont, which will also be contested at a shorter distance than usual. The 2020 Belmont will be 1 1/8 miles instead of the 1 1/2-mile “test of the champion” that has been the race's trademark for almost a century.

“The Belmont Stakes is a New York institution that will provide world-class entertainment for sports fans during these challenging times,” NYRA president and CEO Dave O’Rourke said. “While this will certainly be a unique running of this historic race, we are grateful to be able to hold the Belmont Stakes in 2020."

This is the first time the Belmont will lead off the Triple Crown ahead of the Kentucky Derby and Preakness. The Kentucky Derby was moved from May 2 to Sept. 5 and the Preakness from May 16 to Oct. 3 amid the coronavirus pandemic.

The Belmont was originally scheduled for June 6. But racing in New York halted in late March after a backstretch worker tested positive for COVID-19, and Gov. Andrew Cuomo didn't give the green light to resume until Saturday.

Live racing is gradually ramping up operations across North America because tracks feel they can operate safely and still make money without fans on site because of online betting and TV revenue. More than $90 million was wagered off track last year on Belmont day, and NYRA gets a cut of that money along with revenue from NBC.

Horse racing officials have grappled with the complexities of a shifted Triple Crown season that doesn't require the same of 3-year-olds in contention as it has in years past. The Kentucky Derby, Preakness and Belmont are usually run during a six-week span in the spring.

"Everything’s going to be different this year, right?" trainer Mark Casse said. “If well-planned out, it can be just as exciting. Why not? I don’t know if it’s necessarily the time of year. It’s just the events, and you’re still going to have great events."

The Belmont is only being run two weeks after it was scheduled, but the shorter distance changes the complexion of the race and the Triple Crown. It has been run at 1 1/2 miles each year dating to 1926 and last ran at 1 1/8 miles in 1894.

NYRA said the distance adjustment was made “to properly account for the schedule adjustments to the Triple Crown series and overall calendar for 3-year-olds in training."

Just 13 horses have won the Triple Crown, most recently Justify in 2018 and American Pharoah in 2015.