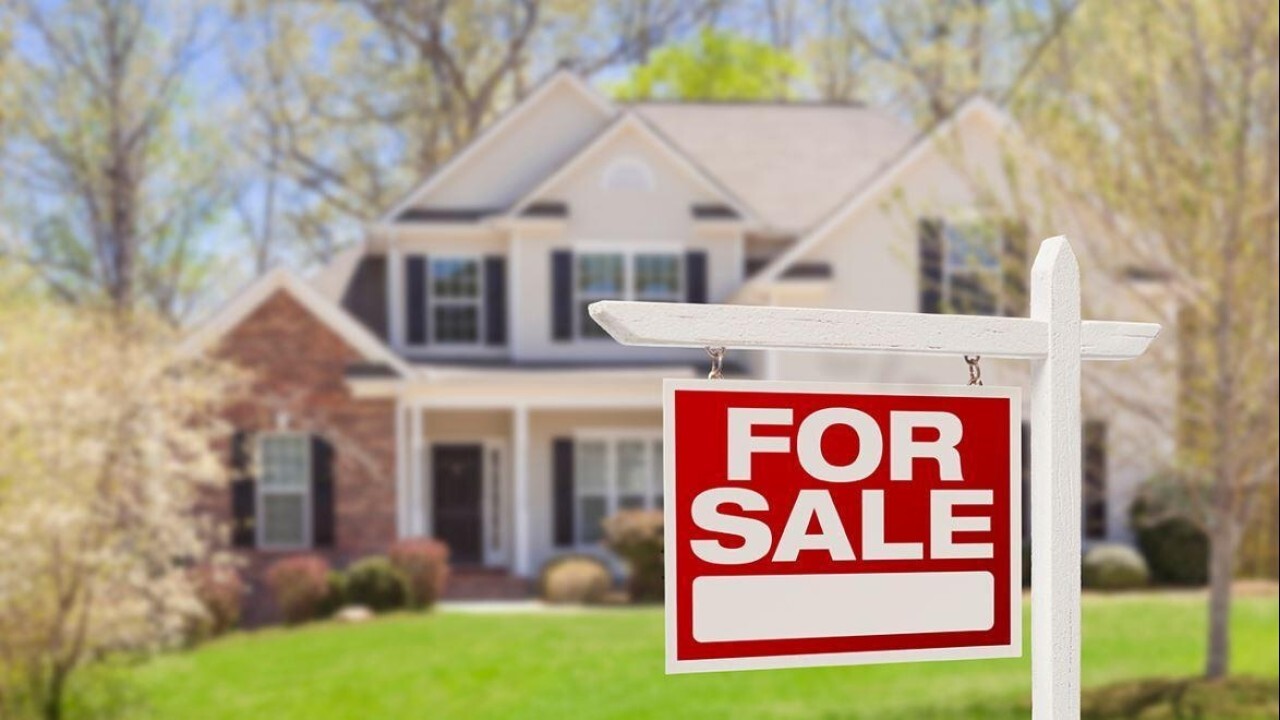 Alex and Michelle Angert lived the last years of their 20s without a permanent address. They moved out of a small Manhattan apartment in 2018 to stay in short-term rentals around the U.S. before embarking on a yearlong honeymoon to travel the world, starting in the Philippines.

When the pandemic cut their travels short last year, Mr. Angert, 31, decided to take a job in public relations in Richmond, Va. He and Mrs. Angert, who is also 31 and works at a healthcare tech company, started house hunting this spring. After losing out on multiple offers, they raised their $400,000 budget. In July, they plunked down $635,000 on a three-bedroom ranch in a tree-filled lot near a Richmond country club.

"I would have had all of these regrets in life if I didn’t travel," Mr. Angert said. "But it feels like the right time to settle down and put down some roots."

For years, conventional wisdom held that millennials, born from 1981 to 1996, would become the generation that largely spurned homeownership. Instead, since 2019, when they surpassed the baby boomers to become the largest living adult generation in the U.S., they have reached a housing milestone, accounting for more than half of all home-purchase loan applications last year.

The generation’s growing appetite for homeownership is a major reason why many economists forecast home-buying demand is likely to remain strong for years to come.

Rarely has the for-sale home market been more heated than in the past year. The median price of an existing home sold in October was nearly $354,000, close to a record and up about 13% from a year ago, according to the National Association of Realtors. Prices have climbed from a year earlier for a record 116 straight months, with double-digit percentage gains touching every corner of the U.S. this year.

The frenzy has eased a bit in recent months. More buyers are pausing their searches or walking away, discouraged by the prices and a shortage of homes for sale, real-estate agents say. Some market watchers expect home sales to flatten or decline from current levels. They say the Covid-19 pandemic produced a sudden, unforeseen spike in home buying that won’t be repeated, pulling forward sales that would have been spread out over a number of years.

But most housing analysts don’t expect a wave of sustained home price cuts for quite a while. They say the pandemic and the emergence of remote work accelerated millennial home-buying trends already underway. Young families living in apartments decided to buy houses in the suburbs or leave expensive cities for cheaper ones. Millennials who already owned homes traded up for more space. Forbearance on student-loan payments, federal stimulus checks, and a booming stock market helped some first-time buyers afford a down payment.

The generation accounted for 67% of first-time home purchase mortgage applications and 37% of repeat-purchase applications in the first eight months of 2021, according to CoreLogic. And as the largest cohort of millennials turned 30 this year—below the median first-time buyer age of 33—those percentages could rise higher still. That’s especially true because millennials are getting married and having children later in life than recent prior generations, events that can often prompt a home purchase.

The financial stakes could scarcely be higher for millennials, who have faced a wide wealth gap with previous generations. Burdened by student debt and with career paths sidelined by the 2008 financial crisis and housing-market collapse, many millennials lacked the savings for a down payment in their 20s. Some distrusted homeownership as an investment. Credit standards tightened after the housing crash, making it more difficult for many young borrowers to qualify for loans.

But sitting on the sidelines meant missing out on one of the biggest sources of wealth creation for past generations: equity in a home. In 2019, households of older millennials had a net worth about 11% below expectations based on what older Americans had at the same age, while younger millennials’ net worth was 50% below, according to the Federal Reserve Bank of St. Louis.

Home prices have soared in the past year, raising questions about whether now is the best time to jump into the market. But purchasing a home is still more affordable for many first-time buyers today than it was for older generations, said Mark Fleming, chief economist at First American Financial Corp. That’s because incomes are higher and mortgage-interest rates have declined from above 10% in the 1980s to around 3% today.

A typical mortgage payment for a median-priced U.S. single-family existing home made up 17% of the median family income in the third quarter of 2021, according to NAR. That’s down from about 23% in 1990, when many baby boomers were in their late 20s and 30s.

The main challenge for millennial homebuyers, Mr. Fleming said, isn’t whether they can afford to buy a house but whether they can win a bidding war. The frenzied market this year has made it especially difficult for buyers with small down payments to compete. First-time buyers often lose out to all-cash buyers or investors buying to flip or rent out the homes.

Booming millennial demand coincides with a housing shortfall that is proving persistent. There were 1.25 million homes for sale at the end of October, down 12% from a year earlier. Mortgage finance company Freddie Mac calculated at the end of 2020 that the U.S. housing market was 3.8 million single-family homes short of what is needed to meet the country’s demand.

That mismatch is providing a sort of floor for the market, an army of buyers ready to swoop in and act if prices begin to sag, brokers and real-estate executives say. About 32% of millennials surveyed by housing-research firm Zonda in late 2020 and early 2021 said they planned to buy a home in the next one to three years or as soon as they could save for a down payment. Only 7% said they never plan to own a home.

"You very much could have record-high levels of demand" in the coming years, said Ryan Dobratz, co-lead portfolio manager of the Third Avenue Real Estate Value Fund, which invests in real-estate companies including home builders and land developers. "That’s just because of the millennial cohort finally moving to single-family housing in a big way."

Mariel and Matt Balaban, who are 35 and 36, respectively, were happy living in rental apartments for years, but having children changed their perspective. When the pandemic struck, Mrs. Balaban was pregnant with their second child, and they decided to move from California to Pennsylvania to be closer to their families. After touring more than 30 homes, the couple had their fifth offer accepted this spring on a four-bedroom house in Wayne, Pa.

"My husband and I both grew up in houses with yards and neighborhoods, and I think we both wanted that for our daughters," Mrs. Balaban said.

About 31% of older millennials and 43% of younger millennials don’t currently have a mortgage but could qualify for one, according to a Freddie Mac analysis of credit-bureau data.

In the first eight months of the year, millennials comprised the highest share of purchase mortgage applicants in San Jose, Calif.; Austin, Texas; and Seattle, all metro areas with a high number of tech jobs, according to CoreLogic. Millennials also accounted for more than half of applicants in more affordable markets such as Pittsburgh, Milwaukee, and Buffalo, N.Y., CoreLogic said.

Increased millennial buying clout is starting to change the face of U.S. homeownership. The millennial generation has more Black and Hispanic households than older generations. About 45% of millennials are nonwhite, compared with about 40% of the generation born between 1965 and 1980; and 28% of baby boomers, born from 1946 to 1964, according to Pew Research Center.

Latino homeownership in the U.S. is growing at a record pace. The number of Hispanic homeowners rose by more than 700,000 to nearly 9 million last year, according to Census Bureau data compiled by the National Association of Hispanic Real Estate Professionals, an industry group. That growth was fueled primarily by younger buyers: Hispanics in the U.S. had a median age of 30 in 2019, which was about 14 years younger than the median age for non-Hispanic white Americans.

Hevert Someillan, who is 31, teamed up with his mother, Lourdes Someillan, to buy a three-bedroom home with a pool and a detached garage with an apartment in Granada Hills, Calif., in February.

"I feel like I kind of owe it to my family, as an immigrant," said Mr. Someillan, who was born in Cuba. "I like ownership.…Eventually you pay it off, and it’s yours."