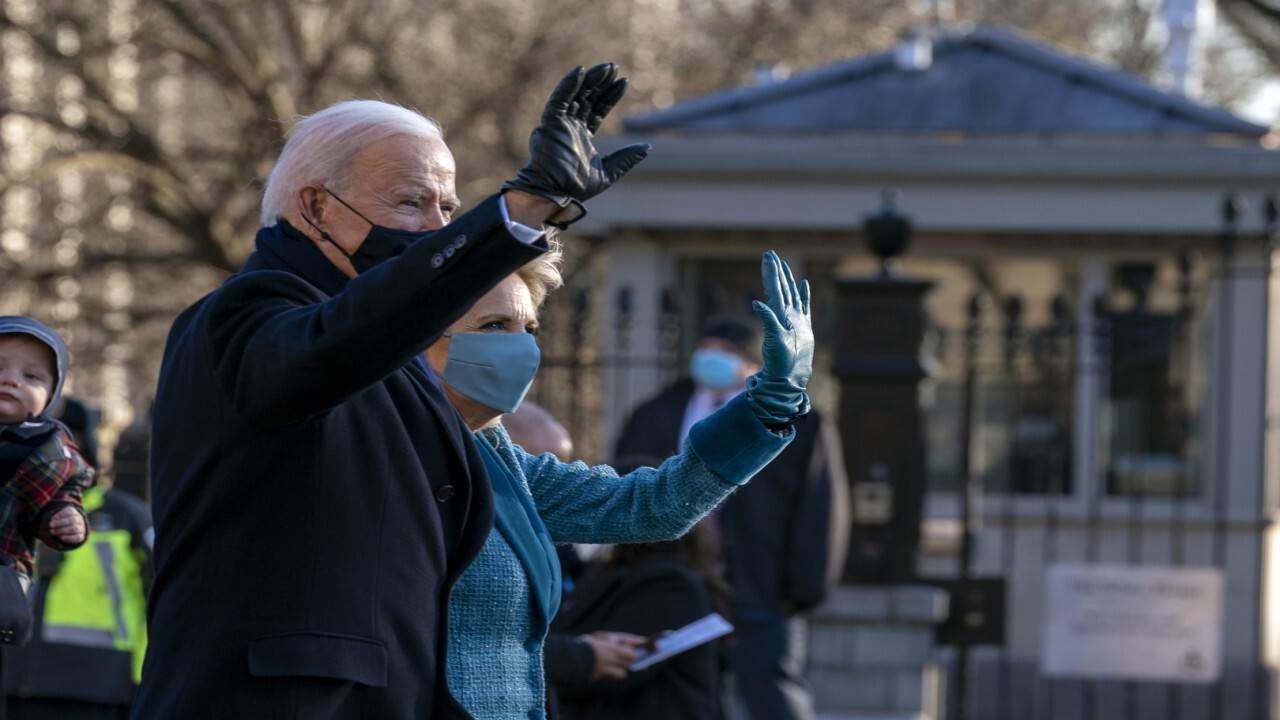 President Joe Biden, 78, is moving into his old boss’ digs at 1600 Pennsylvania Ave., but he’s long dreamed of stately mansions.

Biden has been enamored by real estate since high school, which has often stretched him financially, according to Realtor.com.

“My idea of Saturday fun was to jump in the Corvette with Neilia [his first wife, who died in 1972] and drive around the Wilmington area scouting open houses, houses for sale, land where we could build,” he wrote in his 2007 autobiography, “Promises To Keep.”

So as Biden moves into the most recognizable house in America, he’s leaving behind a string of other homes that he has shared with his family: Two in his home state of Delaware, a rental in McLean, Virginia, and his old official residence at the US Naval Observatory when he served as vice president of the United States.

Joe Biden built this Wilmington house in the late ’90s. It is now estimated to be worth $2 million. (New York Post)

The Bidens’ primary residence is a three-bed, four-and-a-half-bath house in Wilmington, Delaware. Biden built the 6,850-square-foot mansion on land he purchased in 1998 for $350,000, according to Realtor.com. The property is now estimated to be worth at least $2 million, the Wall Street Journal reported.

The home is a five-minute drive from St. Joseph on the Brandywine Roman Catholic Church, where the family attends services. Biden was seen exiting the church after the January 6 Capitol riots.

The Bidens considered selling the home in the early 2010s to pay for cancer treatments for Biden’s son, Beau, who died of brain cancer in 2015. President Obama reportedly offered to lend Biden the money so he would not have to sell the house.

The Bidens purchased their 4,800-square-foot vacation home for $2.74 million in 2017. With six bedrooms and five-and-a-half bathrooms, the square, beachy house near the Gordon Pond Wildlife Area has three indoor fireplaces, large windows, hardwood floors, and even a dog wash station, according to a Long & Foster listing.

The three-story house is designed for outdoor living, with an outdoor grilling station, an outdoor fireplace, outdoor showers and a wraparound porch and balcony, according to the listing.

“Throughout our careers, Jill and I have dreamed of being able to buy a place at the beach at home where we can bring the whole family. We feel very lucky that we’re now able to make that happen and are looking forward to spending time with our family in the place that matters most to us in the world,” said Biden in a statement when they bought the house.

Notably, the Bidens lived in a 9,150-square-foot home on the grounds of the Naval Observatory, the official residence of the vice president, during President-Elect Joe Biden’s stint as vice president under President Obama from 2008 to 2016.

The six-bedroom house at 1 Observatory Circle was built in 1893, but it has undergone $2.6 million in renovations since it was designated the official residence of the vice president in 1974. The home has a veranda-style wraparound porch and even a bunker, according to reports.

The Bidens made the Victorian, woodsy house their own through the help of designer Victoria Hagan, who donated her services in 2009.

The house is filled with the footprints of previous vice presidents — including a heated pool installed by Vice President Dan Quayle, who served under President George H.W. Bush. The pool earned him the place of Biden’s “favorite VP,” according to The Hill.

The Gores planted trees and shrubs, and the Cheney’s redid the kitchen. Meanwhile, the Bidens left behind “Biden blue” china in an English cabinet and a tree plaque that says “Joe loves Jill, Valentine’s Day 2010.”

Built in 1989, the 12,000-square-foot house has views of the Potomac river through its oversized, full-length windows, according to a Sotheby’s International Realty listing. The brick house has eight fireplaces, a 20-car garage, dark hardwood floors, walk-in closets, a balcony, high ceilings, a gym, a sauna and a two-story foyer, according to a Washington Fine Properties listing.

The Georgian house on a single acre is owned by venture capitalist Mark Ein, who bought the house in 2016 for $4.25 million. The house once belonged to former Secretary of State Alexander Haig, and it still has his original desk in the living room, according to a Wall Street Journal report.

The Bidens rented the McLean estate in part because Jill, 69, was a full-time English professor at Northern Virginia Community College, and they also wanted to be closer to their grandchildren — but they are no longer renting it, according to the WSJ report.

Mike Anastasia of Long & Foster has the McLean, Virginia, rental listing. He did not respond to a request for comment.