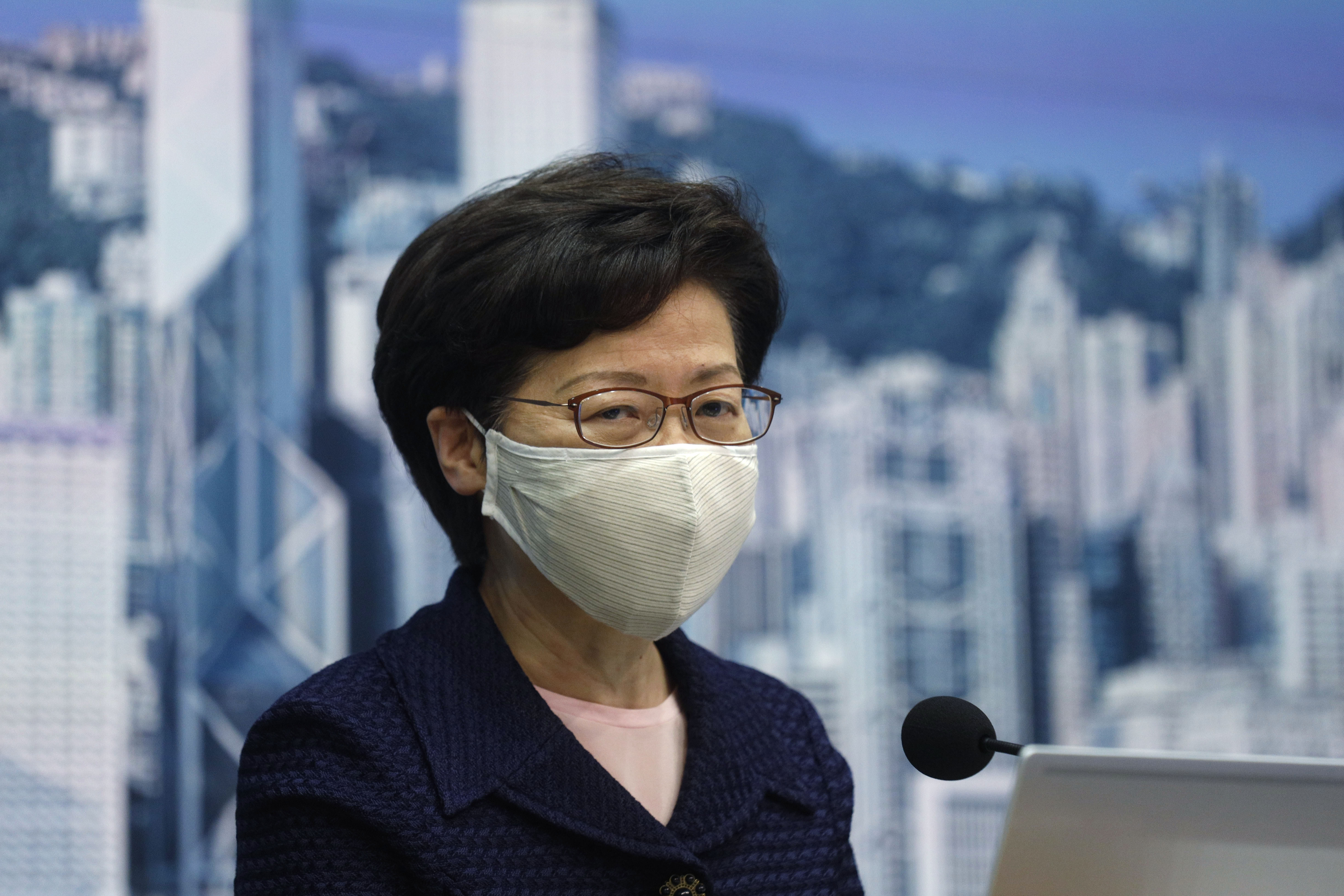 The U.S. State Department said it notified Hong Kong on Wednesday that Washington has suspended or terminated three bilateral agreements with the semi-autonomous city following China's imposition of a sweeping national security law.

The ending of the agreements follows U.S. President Donald Trump's order last month to end Hong Kong’s special status under U.S. law to punish China for what he called “oppressive actions” against the former British colony.

The State Department said in a statement the agreements ended covered "the surrender of fugitive offenders, the transfer of sentenced persons, and reciprocal tax exemptions on income derived from the international operation of ships."

"These steps underscore our deep concern regarding Beijing's decision to impose the National Security Law, which has crushed the freedoms of the people of Hong Kong," State Department Spokeswoman Morgan Ortagus said.

The Hong Kong government said the U.S. decision to end the agreements showed "disrespect for bilateralism and multilateralism under the current administration and should be condemned by the international community".

"The HKSAR Government strongly objects to and deplores the US action, which is widely seen as a move to create troubles in the China-US relationship, using Hong Kong as a pawn," it said, referring to the city by its formal designation as a Special Administrative Region of China.

Trump signed an executive order last month that he said would end the preferential economic treatment for the city following the imposition of the draconian new security law.

The legislation punishes anything China considers secession, subversion, terrorism or collusion with foreign forces with up to life in prison and has drawn criticism from Western countries that worry the law will end the freedoms promised when the former British colony returned to Chinese rule in 1997.

Beijing and the Hong Kong government have defended the law as necessary to restore order and preserve prosperity after months of at times violent anti-government protests last year.

Hong Kong has become another contentious issue between China and the United States, whose relations were already strained by differences over trade, China's claims in the South China Sea and its treatment of its Muslim Uighur minority.

U.S.-China ties have deteriorated to their worst level in decades, analysts say.

Washington this month imposed sanctions on Hong Kong leader Carrie Lam and other current and former Hong Kong and mainland officials whom Washington accuses of curtailing political freedom in the financial hub.

The U.S. government has also required goods made in the former British colony for export to the United States to be labeled as made in China after Sept. 25.