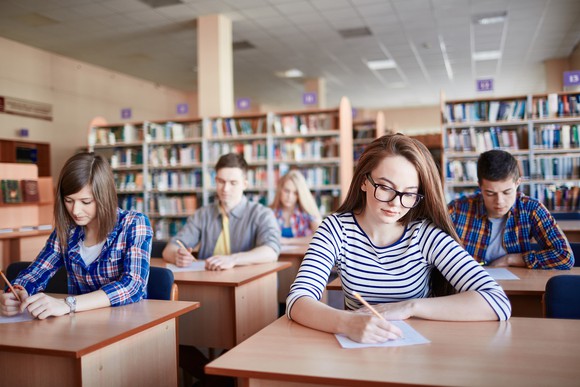 The Tax Cuts and Jobs Act, signed in December by President Donald Trump, made some important changes to 529 college savings plans that could impact the way Americans think about spending on education.

While 529 plans have traditionally been designated vehicles for individuals to stash money away for higher education, tax-free, the new law allows families using 529 plans to take out up to $10,000 annually to put toward other education costs, including elementary, private, religious and secondary school.

“What that does conceptually … it creates something that I think is good and something that I think is bad,” Justin McCarthy, managing partner at Mariner Wealth Advisors, told FOX Business. “I think people that might not otherwise be inclined to do 529 plans, you might have a pickup in that … [but] I don’t think it really creates a real mental focus on a long-term savings.”

There are new, obvious benefits to contributing to a 529 plan that will undoubtedly encourage more people to consider starting one, McCarthy said. However, whether they will be used as a true long-term savings vehicle for tax-free growth is a separate question.

In addition to potentially functioning more as a short-term fund for elementary and secondary schooling, it is possible that the new 529 plans could also serve as a loophole under certain circumstances.

Each state has different laws when it comes to the deductibility of 529 contributions, but at least two-thirds of states allow for tax deductions.

“You could actually have somebody put the $10,000 in … then take the money right back out to pay those education expenses. As it stands now they would get that deduction,” McCarthy pointed out, adding that states may eventually change their laws so the accounts cannot be abused for tax purposes.

While undoubtedly there isn’t a downside to encouraging more saving for education, McCarthy fears people may begin to use 529 plans more as a “secondary checking account.”