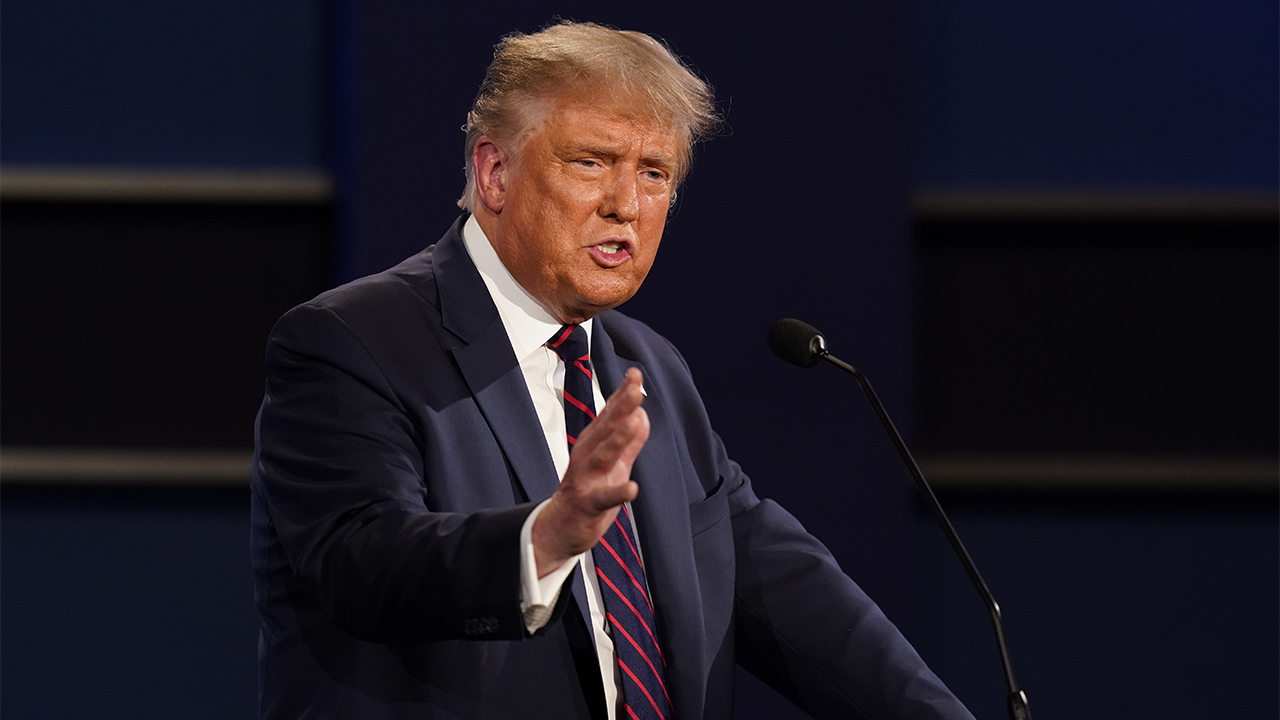 President Trump’s plan to mail millions of seniors a $200 prescription savings card has hit legal and budget roadblocks, making it unlikely the government can carry it out before Election Day.

Democratic lawmakers have raised questions about whether the administration has the authority to order on its own billions of dollars in Medicare spending for what the Democrats say are political reasons. Administration and congressional officials say such questions have bogged down review of the plan by agencies, including the Department of Health and Human Services, the Centers for Medicare and Medicaid Services and the White House Office of Management and Budget.

A White House official had no comment on the status of the prescription cards, which Trump announced with a flourish last month during a health care speech in Charlotte, N.C.

The Medicare agency, or CMS, said in a statement: “We know that many seniors struggle to afford their medication and because of these high costs may forgo treatment. The administration is committed to lowering out-of-pocket costs for our nation’s seniors. We will provide more information about the prescription drug cards soon.”

One administration official said the odds are 75-25 the plan will not happen. The official spoke on condition of anonymity to discuss back-and-forth internal deliberations.

WHAT IS MEDICARE, AND HOW DO YOU GET IT?

The lawmakers' objections appear to have hit a nerve in the administration. Among them:

— The White House asserted that Medicare could legally send out the discount cards under its authority to conduct “demonstration programs” testing new ideas. The $200 would test if extra cash made seniors more likely to stay on their medications and avoid costly hospitalizations. But sending cards to nearly all Medicare recipients is not a test, the lawmakers said. For example, there wouldn't be a control group against which to measure any results. Therefore, such a mass mailing would not meet legal standards for a Medicare demonstration program testing new ideas.

— The cost to taxpayers has been estimated as high as $7.8 billion, not counting administrative expenses. The money would come from Medicare's Supplemental Medical Insurance Trust Fund. But spending for the cards has not been authorized by Congress, which has the power of the purse. A congressional official said that if the Trump administration approves the plan, it in effect would create a budgetary “trap door” through which future administrations could try to spend billions of dollars without congressional oversight. The official spoke on condition of anonymity to discuss internal analysis.

When Trump announced the plan as part of a Sep. 24 speech calling attention to his health care agenda, it seemed like the discount cards were about to go in the mail. People wondered if they would bear the presidents' name.

The cards would allow seniors to save $200 off their prescription copays. Trump initially said 33 million Medicare recipients would get the cards, but administration and congressional officials said the latest estimate is 39 million.

“Nobody has seen this before,” the president said, with trademark salesmanship. “These cards are incredible. The cards will be mailed out in coming weeks.

“I will always take care of our wonderful senior citizens,” Trump added. “Joe Biden won’t be doing this.”

The plan came as a surprise to rank-and-file officials at HHS and CMS who were expected to carry it out, said the administration official, adding that it was directed by the White House.

The agencies are trying to move ahead on Trump's plan, but the official said it first has to pass the legal and procedural checks that would apply to any similar idea.

Tricia Neuman, a Medicare expert with the nonpartisan Kaiser Family Foundation, said the cards would help a lot of people a little bit but that doesn't address the underlying problem of high prescription drug costs.

“It would do relatively little for seniors with truly catastrophic prescription drug expenses,” she said.

Trump long ago backed off his 2016 campaign idea for Medicare to negotiate drug prices, an approach his Democratic rival Biden is now pushing.

But he supported a bipartisan Senate bill that would have capped out-of-pocket costs for Medicare recipients and required rebates if drugmakers raised prices above inflation.