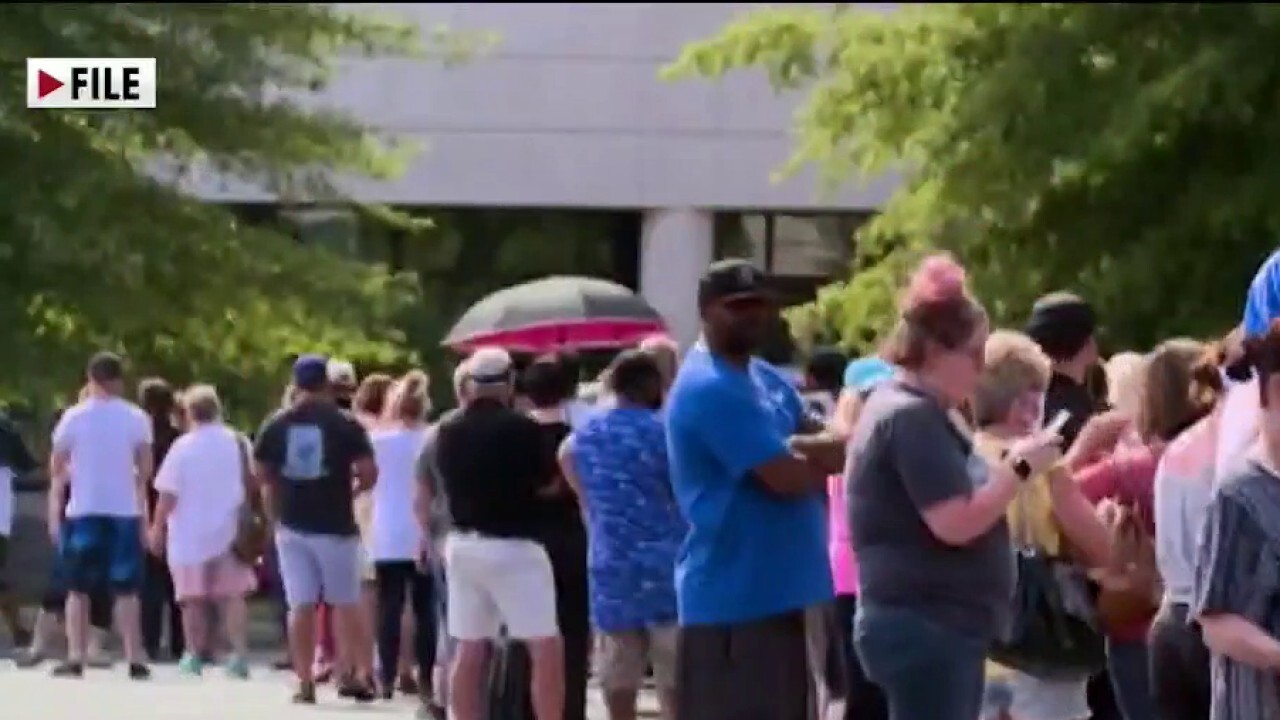 Unemployment programs used by about 14 million people expired early Sunday as President Trump opted not to sign into law a massive $900 billion coronavirus relief bill that Congress had overwhelmingly passed.

The president has called for lawmakers to raise the relief checks for Americans, as provided in the bill, from $600 to $2,000 -- but the House GOP rejected an attempt to do that by a unanimous vote on Thursday.

"Increase payments to the people, get rid of the 'pork'," Trump urged, retweeting his Tuesday video in which he assailed Congress for loading the accompanying $1.4 trillion government funding bill with financial aid to foreign countries while Americans struggle at home.

With the president's refusal to sign the legislation, he hoped to place more pressure on Congress to provide much-needed relief to American workers.

As the clock struck midnight Sunday morning, two major pandemic-era programs for the unemployed ran out.

Pandemic Unemployment Assistance helps self-employed and gig workers who otherwise wouldn't be covered by traditional unemployment compensation. And the Pandemic Emergency Unemployment Compensation program provides 13 additional weeks of help to those who ran out of state benefits.

About 10 million unemployed workers stood to lose compensation immediately at midnight and about 3.8 million additional workers were at risk of losing their benefits within weeks, according to the Brookings Institution.

Hundreds of unemployed Kentucky residents wait in long lines outside the Kentucky Career Center for help with their unemployment claims on June 19, in Frankfort, Ken. (Getty Images)

Congress last week approved an extension of these unemployment benefits through March 14 with wide bipartisan majorities and added a $300-per-week federal boost for laid-off workers.

But Trump has yet to sign the broader legislation over concerns the stimulus checks of $600 are too small.

Trump, away in Florida at his Mar-A-Lago resort, gave no indication this weekend that he intended to sign the massive relief bill into law. His sudden objections after the legislation passed shocked Capitol Hill because Congress forged the coronavirus package with assurances from the White House that Trump would sign it.

Democrats have long wanted the higher stimulus payments but settled for $600 due to demands from congressional Republicans in their negotiations. House Democrats intend to put a standalone bill on the floor Monday to boost the stimulus checks to $2,000, but it would still need support from the GOP-led Senate, which has been leery of higher spending.

"This abdication of responsibility has devastating consequences," he said.

More deadlines are around the corner, too. The government could shut down at midnight Monday if the $1.4 trillion government funding bill paired with the coronavirus aid is not signed. And the eviction moratorium also ends on Dec. 31.

House Ways and Means Committee Chairman Richard Neal, D-Mass., blasted Trump for keeping desperate families in limbo when the Trump administration was involved in negotiating the deal that Congress approved.

"It is underhanded and cruel for the president now to refuse to sign it into law and potentially end this brutal year by inflicting even more pain and suffering on families in need," Neal said in a statement Saturday. "Republican leadership in Congress should join in calling for the signing of this legislation – which they helped write and voted for – to extend this crucial aid.”