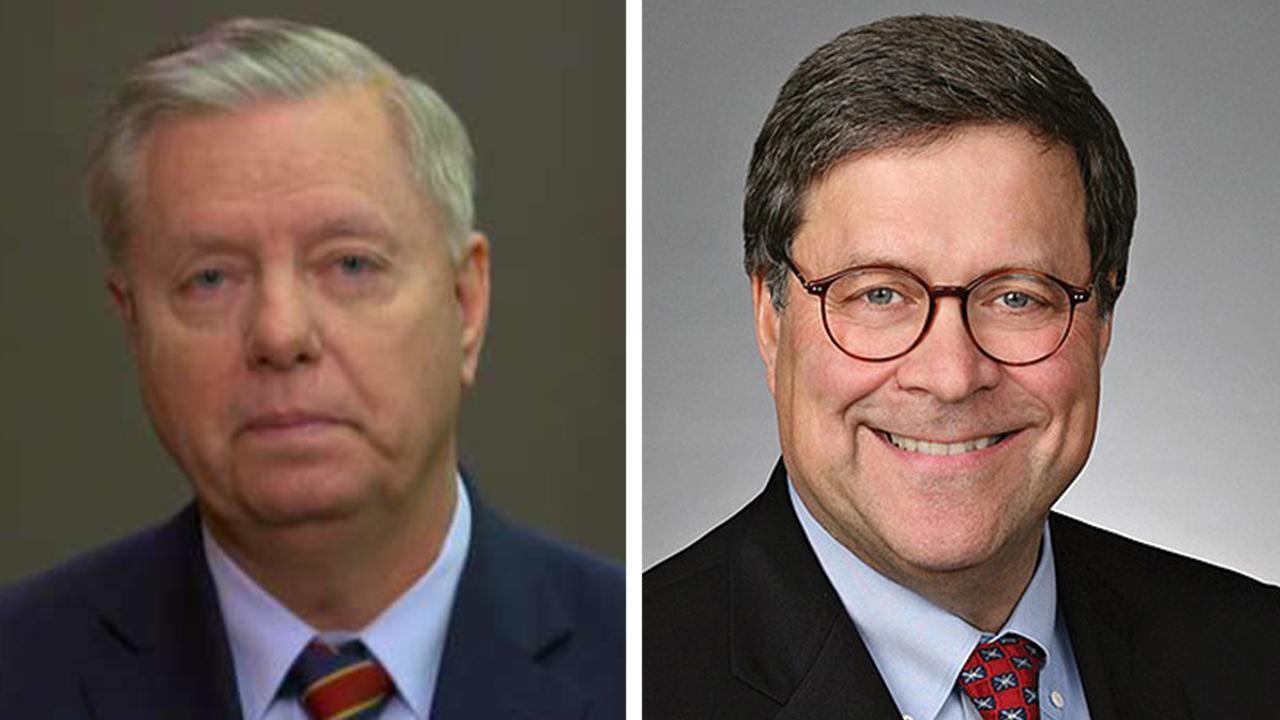 Sen. Graham to fight to make sure William Barr is confirmed

Republican senator speaks out on the importance of the attorney general nominee being confirmed on 'Sunday Morning Futures.'

Sen. Lindsey Graham said on Sunday that President Trump should not give in when it comes to the spending battle with Democrats over funding for the wall on the U.S. southern border with Mexico.

“I’d want the whole five billion [dollars] because the caravan is a game-changer,” Graham, R-S.C., told “Sunday Morning Futures.” “One point six [billion dollars] is available to the president. He wants five. And after the caravan if you don't see the need for additional border security, you're just not paying much attention. So, Mr. President, dig in, do not give in when it comes to the wall.”

Though Trump, at times, has threatened to shut down the government over funding for the proposed border wall, he signed a bill on Friday to keep the government funded through the next two weeks. The president originally said Mexico would pay for the wall, but now has turned to U.S. taxpayers.

Still, time is running out for Republicans to help Trump meet his famous campaign promise of building the wall, as the new Congress – with a Democratic majority in the House – will take over in the New Year.

Graham said he would use the Deferred Action for Childhood Arrivals (DACA) program as a bargaining chip in an effort to get Democrats to fork over the $5 billion for the wall.

“I'd put DACA on the table,” he said. “There are 700,000 young people who came here on the average age of six that have got no place to go. They’re in the DACA program. If I were the president I'd say, ‘I want two years of wall funding and I'll give legal status to the DACA recipients.’ That's a good deal for the country.”

Trump and Democratic leaders Rep. Nancy Pelosi of California and Sen. Charles Schumer of New York are set to meet on Tuesday. Both repeatedly have refused to give the president the $5 billion.