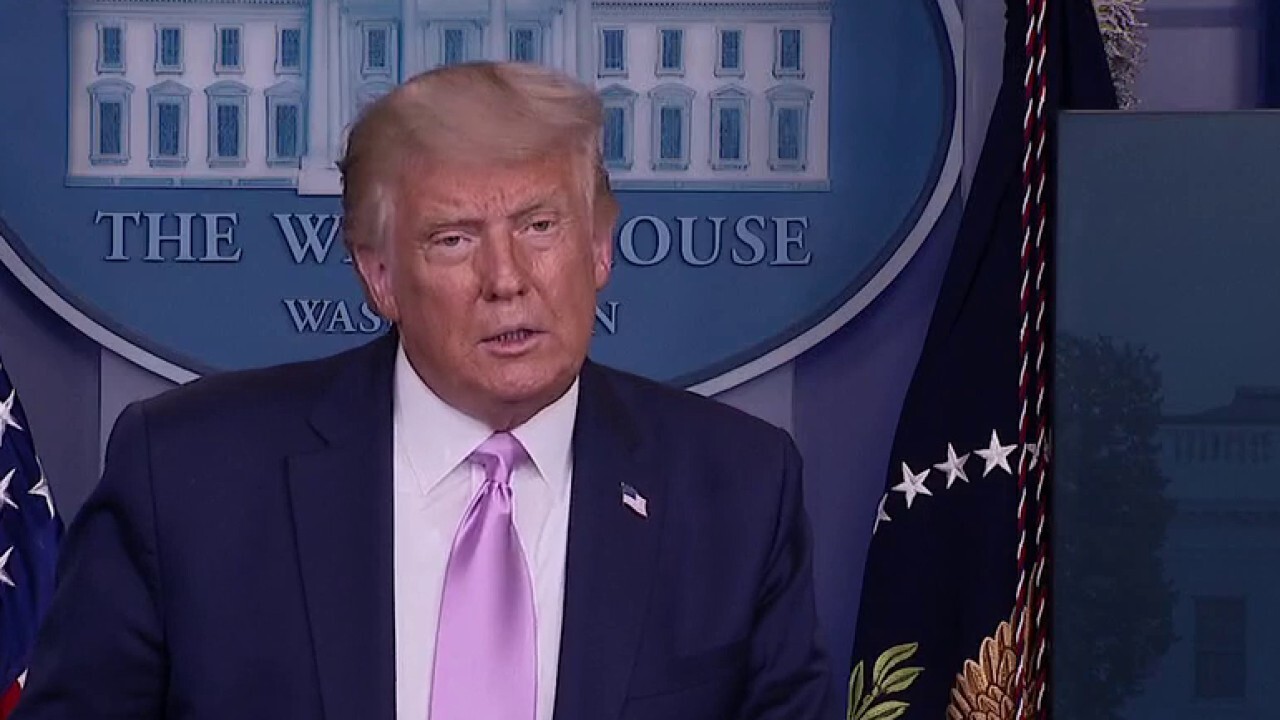 President Trump on Wednesday said he has asked his administration to inform the United Nations Security Council that the U.S. intends reinstate full sanctions on the Iranian regime.

During a press conference, Trump said he will direct Secretary of State Mike Pompeo to notify the global body on Thursday of plans to “snap” virtually all of the previously imposed international sanctions back into place.

Thirty days after Pompeo’s notification his office said a range of U.N. sanctions will be restored.

Trump said snapbacks are not uncommon.

“I imposed the toughest ever sanctions on Iran and this has caused great difficulty for them giving money to terrorist organizations – and if they do they’ll have hell to pay,” Trump said.

The sanctions would be reimposed as a penalty for noncompliance with the Iranian nuclear agreement, which the U.S. is no longer a part of.

Last week, the U.N. Security Council rejected a measure to extend an arms embargo on Iran, with key U.S. allies voting against the proposal.

During an interview with Fox News on Wednesday, Pompeo said he hoped the Europeans would get on board with U.S. plans despite their participation in the Joint Comprehensive Plan of Action.

Trump called the JCPOA, which was struck under the Obama administration, a “foreign policy failure.”

“A failure like few people have seen in terms of the amount of money we paid for absolutely nothing,” Trump added. “This deal funneled tens of billions of dollars to Iran, $150 billion to be exact plus $1.8 billion in cash.”

The president said that within the first months of next year, assuming he is reelected, Iran will come to the U.S. asking for a deal because they are “doing so poorly.”

He also said that Iran “will never have a nuclear weapon.”