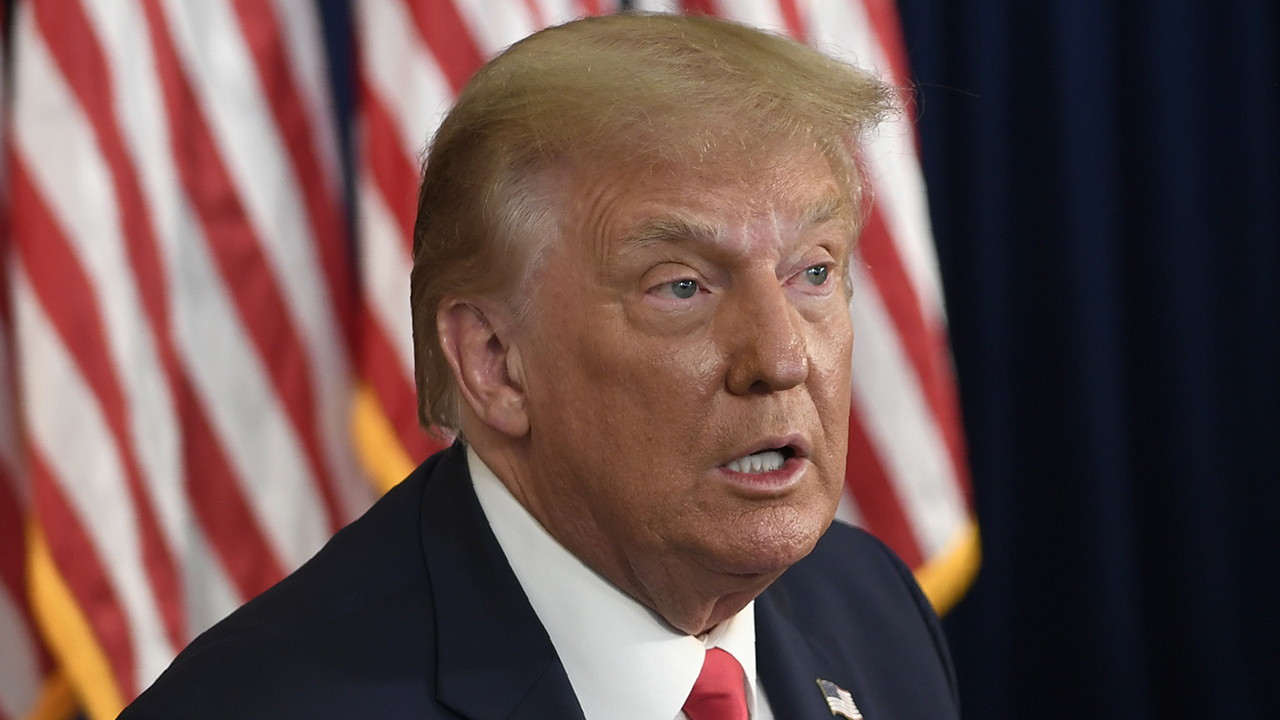 The former president launched his new company, Trump Media & Technology Group in October. He unveiled plans for a new messaging app called "Truth Social" to rival Twitter and the other social media platforms that banned him following the Jan. 6 insurrection at the U.S. Capitol.

TMTG’s plan is to become a publicly listed company through a merger with the publicly traded Digital World Acquisition Corp., a special purpose acquisition company whose sole purpose is to acquire a private company and take it public.

The institutional investors were not identified in a press release issued Saturday by Trump Media and Digital World. The money would come from "a diverse group" of investors after the two companies are combined, it said.

TRUMP TORCHES BIDEN ADMIN OVER COVID, INFLATION, THE BORDER, AFGHANISTAN, AND OTHER CRISES

Digital World said in the release that the $1 billion is above the $293 million (minus expenses) that it may invest.

"I am confident that TMTG can effectively deploy this capital to accelerate and strengthen the execution of its business, including by continuing to attract top talent, hire top technology providers, and roll out significant advertising and business development campaigns," Digital World CEO Patrick Orlando said in the release.

Trump is listed as chair of TMTG. He will get tens of millions in special bonus shares if the combined company performs well, handing the former president possibly billions of dollars in paper wealth.