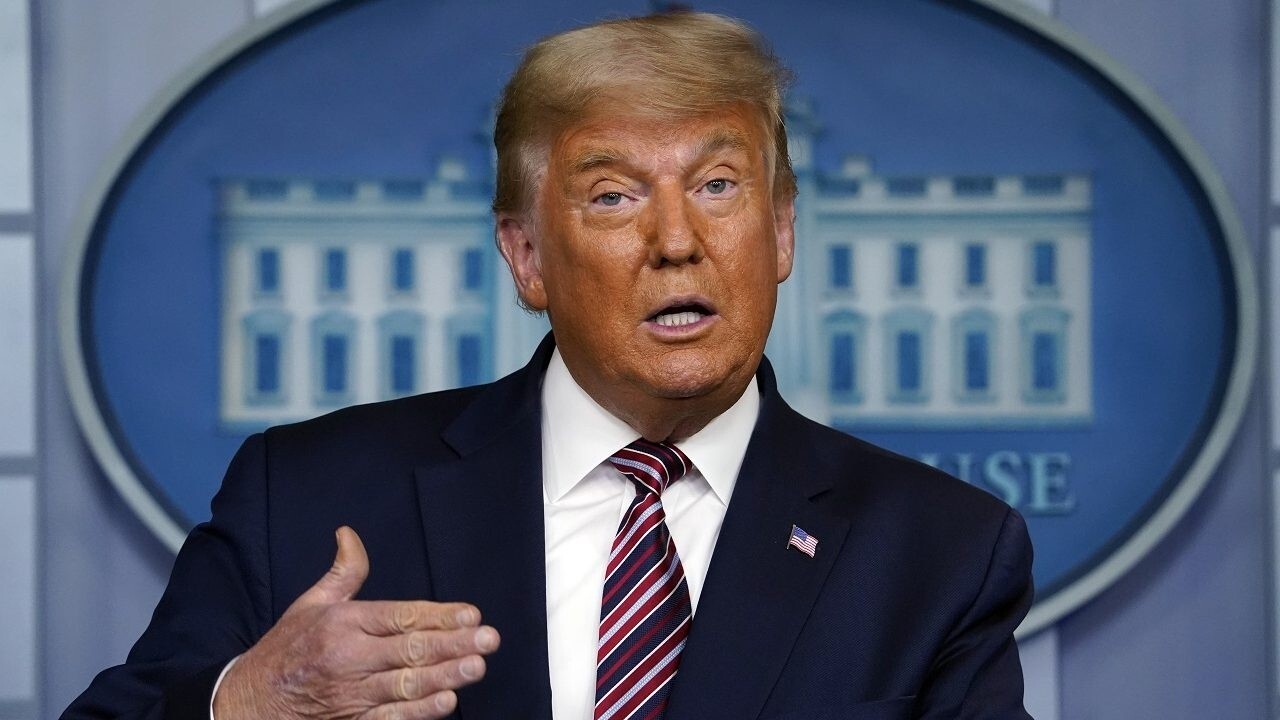 Former President Donald Trump said it was a "disgrace" when President Biden was seen looking at his watch while paying respects to the 13 U.S. service members who were killed in Afghanistan.

"When he did that yesterday, it was, it was a disgrace. I think the best thing he could do is apologize to the American people and apologize to the world," Trump said Tuesday morning during an interview on Fox Business’s "Varney & Co."

Biden was in Dover, Delaware, on Sunday as the remains of 13 U.S. troops killed in the Kabul suicide bombing were brought back to the U.S. The president stirred harsh criticisms when he was spotted at one point apparently glancing at his watch during the solemn ceremony.

TRUMP RIPS BIDEN'S AFGHAN ACTIONS: 'OUR COUNTRY HAS NEVER BEEN SO HUMILIATED'; 'BLOWS VIETNAM AWAY'

Critics have meanwhile attacked Biden for the watch incident, with many taking to social media to publicly voice their outrage.

"Many of us remember Pres Bush 41 checking his watch during a debate and how awful it looked (even though we all felt same way about that debate.) But this is shocking and will be remembered," former Arkansas Gov. Mike Huckabee wrote.

"Apparently our Commander-in-Chief has better things to do than honor the 13 service members who died on his watch?" former White House doctor Rep. Ronny Jackson tweeted. "I’m DISGUSTED! God bless these heroes and their loved ones. They deserved better."

Trump’s Tuesday criticisms follow him saying last week that Biden has humiliated the United States more than any other president in history due to his handling of Afghanistan.

"It is a terrible time for our country. I don't think in all of the years our country has ever been so humiliated. I don't know what you call it – a military defeat or a psychological defeat, there has never been anything like what's happened here: You can go back to Jimmy Carter with the hostages," Trump said.