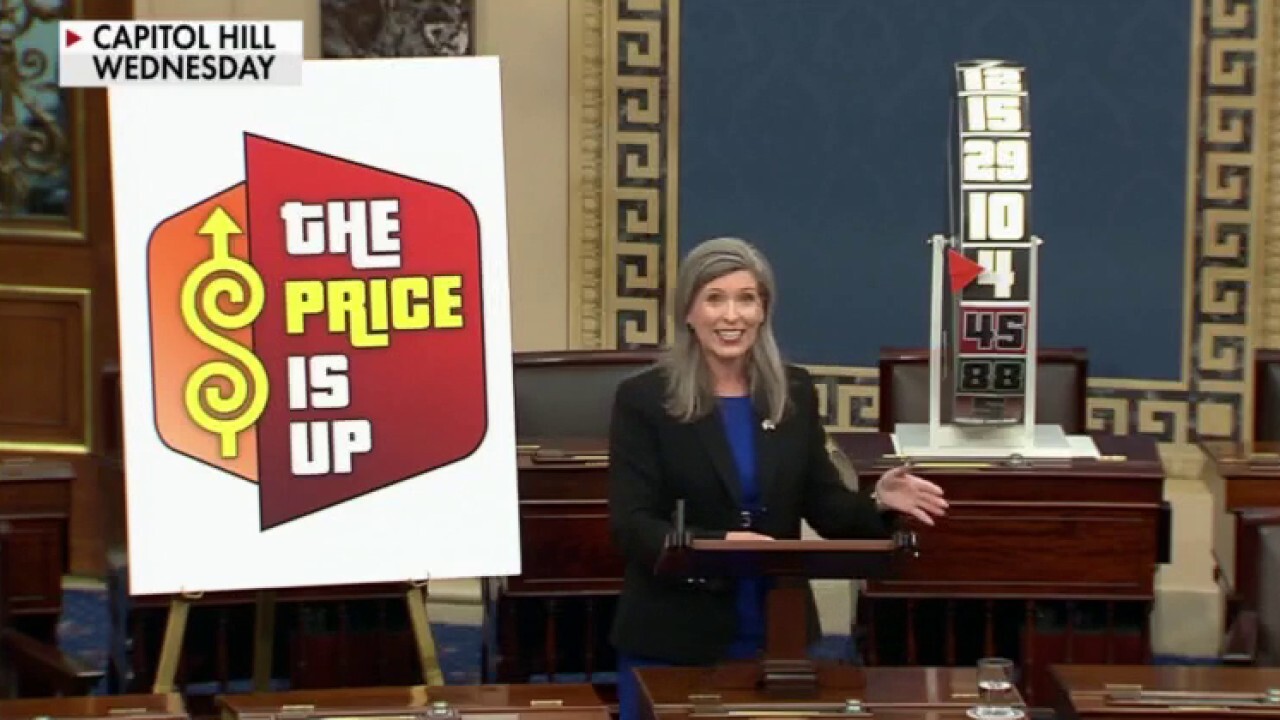 Sen. Ernst slams 'Bidenomics' with 'The Price is Up' inflation game

Sen. Pat Toomey on Thursday took aim at the Federal Reserve’s shaky record on inflation during his opening statement at the Senate Banking Committee’s hearing with chairman Jerome Powell.

Toomey, a Republican from Pennsylvania and the ranking member of the Senate Banking Committee, reiterated his long-held belief that the Fed will be caught flat-footed in its ability to fight inflation if the recent surge in prices is not temporary, as the central bank believes.

"Although the Fed assures us that this inflation is transitory, its inflation projections over the last year do not inspire confidence," said Toomey.

"Then in December, the Fed revised that figure up to 1.8%. And now the Fed’s most recent PCE forecast for 2021 year-end is 3.4% – more than double what the Fed thought inflation would be a year ago. But in coming months, the Fed is almost certain to revise that prediction upward – again – because so far this year PCE has risen by 6.1% on an annualized basis. For the rest of the year, inflation would need to be nearly zero for the Fed’s latest projection to be proven correct."

The Federal Reserve in August tweaked its policy to allow inflation to run "moderately" above 2% "for some time" in order to try and achieve full employment.

Core personal consumption expenditures, the Fed’s preferred inflation measure, rose 3.4% in May, the strongest since April 1992. Prices were up 0.5% on a monthly basis.

Toomey encouraged the Fed not to abandon the inflation part of its dual mandate in an effort to reach maximum employment, the other half of its objective.

"When the Fed subordinates its price stability mandate to try and maximize employment, the Fed runs the risk of failing on both fronts because you need stable prices to achieve a strong economy and maximum employment," Toomey said.

The U.S. economy added 850,000 jobs in June, but the unemployment rate rose to 5.9% as the labor force participation rate was unchanged.

Despite the gains, the U.S. economy employed 6.8 million fewer workers than in February 2020, just before the COVID-19 pandemic caused much of the economy to shut down.

This is despite a near-record 9.2 million job openings.

In his closing comments, Toomey said the Fed should continue to operate free from political interference and not use its independence to embark on "politically-charged" issues like global warming and social justice.

"I’d suggest that instead of opining on issues that are clearly beyond the Fed’s mission and expertise, it should focus on an issue that is in its mandate: controlling inflation," Toomey said. "If it doesn’t, the Fed will find that its credibility and independence were also ‘transitory.’"