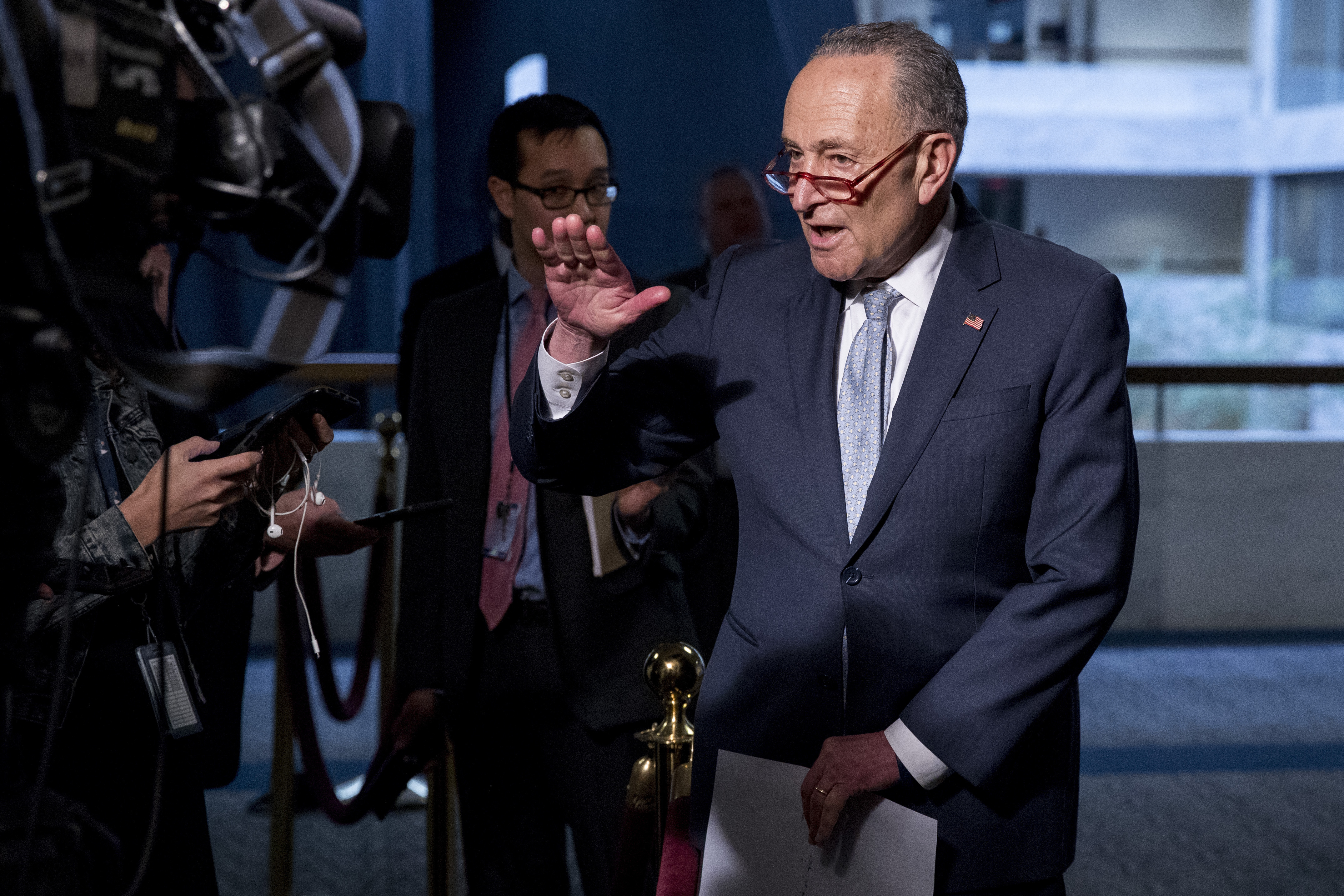 Sen. Minority Leader Chuck Schumer urged President-elect Joe Biden to bypass Congress and cancel billions of dollars in student loan debt, arguing it should be part of a broader FDR-style agenda implemented during his first 100 days in the White House.

Schumer, D-N.Y., said Biden should enact a plan that he laid out earlier this year alongside Sen. Elizabeth Warren, D-Mass., under which the president could use executive authority to immediately cancel up to $50,000 of student debt per borrower. Biden has called for forgiving $10,000 in student loan debt as part of a broader coronavirus relief package.

"Getting rid of student debt," Schumer said during an interview with The Ink. "I have a proposal with Elizabeth Warren that the first $50,000 of debt be vanquished, and we believe that Joe Biden can do that with the pen as opposed to legislation."

Outstanding student loan debt has doubled over the past decade, nearing a staggering $1.7 trillion. About one in six American adults owes money on federal student loan debt, which is the largest amount of non-mortgage debt in the U.S. It has been cited as a major hindrance in people’s “economic life” by Federal Reserve Chairman Jerome Powell.

Schumer said that Biden could use existing executive authority under the Higher Education Act to order the Department of Education to “modify, compromise, waive or release” student loans. He estimated it would provide total forgiveness to more than 75% of borrowers and partial forgiveness for more than 95%.

Such sweeping executive action would almost certainly face a legal challenge, and it's unclear whether it could survive. Critics have argued that using such power exceeds the president's authority granted by Congress. Canceling student loan debt would also add to the nation's already-ballooning national deficit, which totaled a record $3.1 trillion for the 2020 fiscal year.

"It’s a big, bold agenda," Schumer said. "My job is to get as much of that passed and get the votes for it, which obviously is not something I can snap my fingers and do. I want the boldest agenda that we can get the votes to pass."

Experts have said that Biden's ability to follow through on his agenda, including hiking taxes on wealthy Americans, could be severely limited if the GOP retains control of the Senate, a battle that hinges on two January runoff races in Georgia. Democrats would need to win both races to secure a 50-50 tie; in that scenario, Vice President-elect Kamala Harris could cast a tie-breaking vote to move the Democratic agenda forward.